An MEP delegation investigating migration matters in Europe has urged the Maltese government to cease the “unlawful” blocking of NGO rescue vessels and aircraft.

Following meetings with humanitarian NGO Sea Watch, MEPs had concluded that their vessels were being impeded in an unlawful manner, with no legal justification, MEP Martina Anderson, who is chairing the three-member delegation, told a press conference in Valletta on Tuesday. 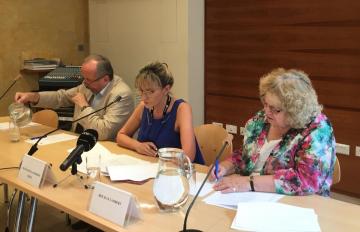 The delegation is calling on Prime Minister Joseph Muscat to intervene personally and allow the vessels to operate.

Read: As NGO vessels are detained, 628 migrants die at sea

They said they had written to Dr Muscat and would be ensuring that the issue was raised in Brussels at the earliest possible opportunity.

Ms Anderson said that while the NGO Lifeline was at least being given the chance to appeal this before the courts, Sea Watch was not being given that same opportunity.

Read: Sea-Watch takes Muscat to task for his 'deadly decision'

The MEPs told reporters at Europe House in Valletta that the European Parliament had recently voted to approve a resolution that NGOs offering humanitarian rescue should not be criminalised.

Asked if they felt Malta was violating this resolution, the MEPs asked what sort of a democracy - be it Maltese or any other - would ignoring people dying at sea. 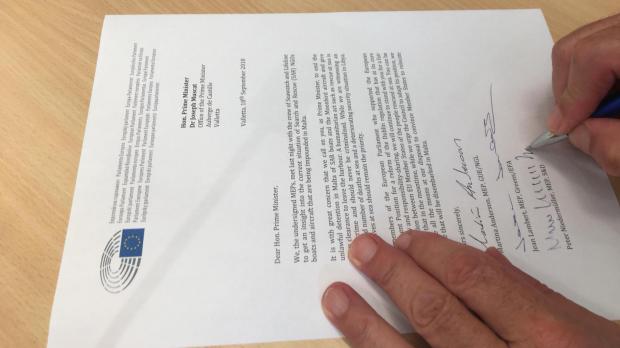