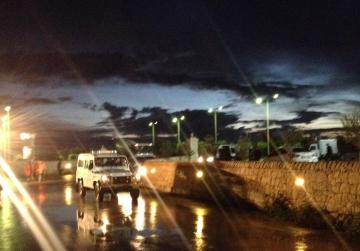 A court this evening provisionally upheld a request for the issue of a warrant of prohibitory injunction to stop Mepa from demolishing structures which it says were illegally built by Polidano Brothers at Hal Farrug.

The government said abuse could not be tolerated and it would continue to insist on the removal of the illegal structures.

Mepa launched its operation late in the afternoon, sending workers and machinery to start removing brick boundary walls and concrete blocks forming part of the Polidano estate. There was a big presence of armed policemen and soldiers. 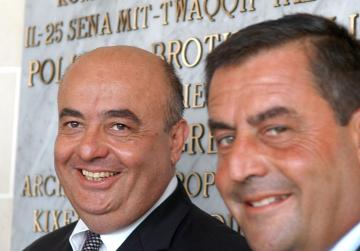 The police blocked all access to the site and kept journalists a considerable distance away.

The action came just two days before a protest in Valletta by various environment groups over illegal and excessive development.

POLIDANO HAVE 64,000 SQ MTRS OF LAND UNDER ENFORCEMENT NOTICES

Mepa CEO Johann Buttigie said the Polidano Brothers have 64,000 square metres of land under enforcement notices, some dating back to 2008.

This week, he said, enforcement officers had three times appealed to the Poidano Group to stop illegal development.

Mepa had also been holding talks with the group about the illegal development, discussing what simply could not be tolerated and what could possibly be sanctioned.

But since illegal development had continued, Mepa decided to take direct action.

Among the structures which the enforcement officers had intended to demolish was an illegally-built replica of a De Redin watch tower and a cafeteria.

The areas were the operation took place does not affect the section where Montekristo hosts wedding parties.

He said the operation was launched in the late afternoon and the whole area was cordoned off by armed police for safety reasons.

Mr Buttigieg said Mepa would reply to the court action taken by the Polidano Group, arguing in court that the group should be ordered to stop all illegal development. Mepa would also argue that in terms of the law, it could nto be stopped from carrying out such enforcement.

In a statement in the evening, Mepa said that when its enforcement officers arrived on site, they found the entrance to the Montekristo Estate blocked with nearly 20 heavy vehicles. Access to the site was cleared by a number of Police officers.

Before the court issued its order, the enforcement officers demolished a large concrete store which was soon to be roofed. The store was over 12 meters in length and four meters in height. 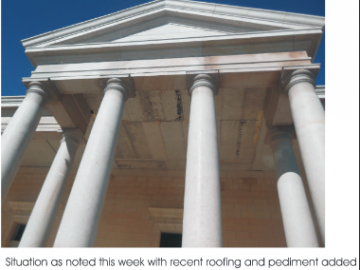 GOVERNMENT: ABUSE WILL NOT BE TOLERATED

In a statement, the government said today's action on the site known as Montekristo was taken after various warnings against further development.

The owners had been warned, but illegal development continued nonetheless.

The government said it respected the court's provisional decision, but it would continue to insist that the illegal actions should stop. It augured that the court action would be completed within a reasonable time.

"The families of Malta and Gozo expected the authorities to act against illegality, and the government is committed to to act when necessary and according to law."

"The message is a clear one, the government will not tolerate any abuse, wherever it comes from."