An inquiry into whether a lawyer representing murder suspect Yorgen Fenech accessed information about the case during his time at the Attorney General’s office has recommended new safeguards be put in place to protect “the image of correctness” of both the office and lawyers transitioning into private practice.

Mercieca, the son of former parliamentary secretary Franco Mercieca, came under fire after appearing on Fenech’s legal team just one day after he quit the Attorney General’s office. 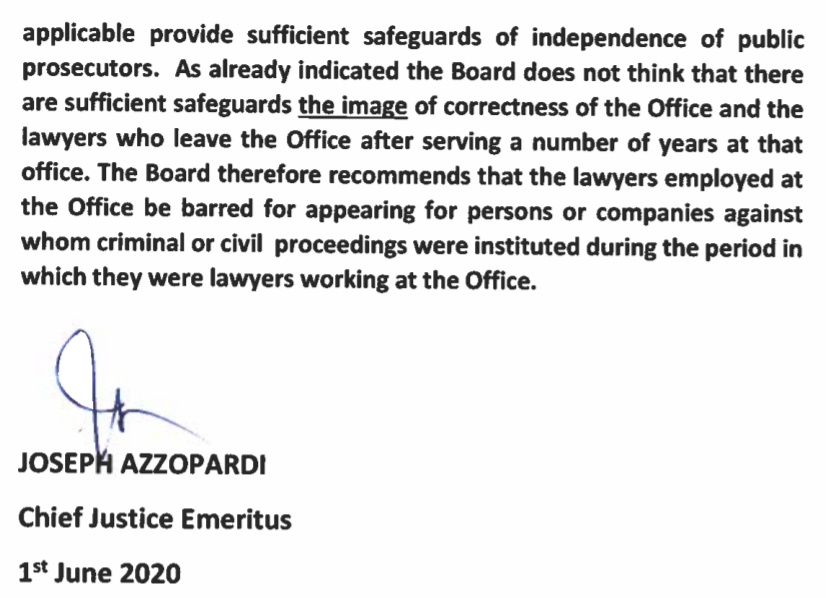 An excerpt from the inquiry's conclusions.

A four-page inquiry report said it “did not appear” that Mercieca ever accessed the file about Fenech’s prosecution, seeing that he was not involved in the case.

Former chief justice Joseph Azzopardi noted there was nothing “secret” in the file, seeing that a copy had been placed in the court registry.

Attorney General Peter Grech told the inquiry that Mercieca appeared to be in a hurry to leave after notiying the office of his intentions on April 30.

He eventually submitted his resignation letter on May 4 and forfeited part of his salary to make up for his failure to give appropriate notice.

According to the inquiry report, Deputy Attorney General Philip Galea Farrugia said he kept his records about the Fenech case under lock and key in his office.

Galea Farrugia said he did not compile any notes on strategy in the Fenech and Degiorgio cases, seeing that they were still at compilation stage.

Lawyer Nadia Attard, who shared an office with Mercieca meanwhile said she did not discuss the Fenech or Degiorgio cases with the young lawyer or with any other lawyer.

Attard said she suspected Mercieca would leave soon as his attitude had changed soon after they moved to a new office.

Mercieca told the inquiry that it was always his intention to leave the Attorney General’s office “at the earliest opportunity”.

He said he was approached by Fenech’s defence lawyer Gianluca Caruana Curran with an offer to carry out criminal work in his firm.

Mercieca insisted that he had not accessed any records about the Daphne Caruana Galizia case. 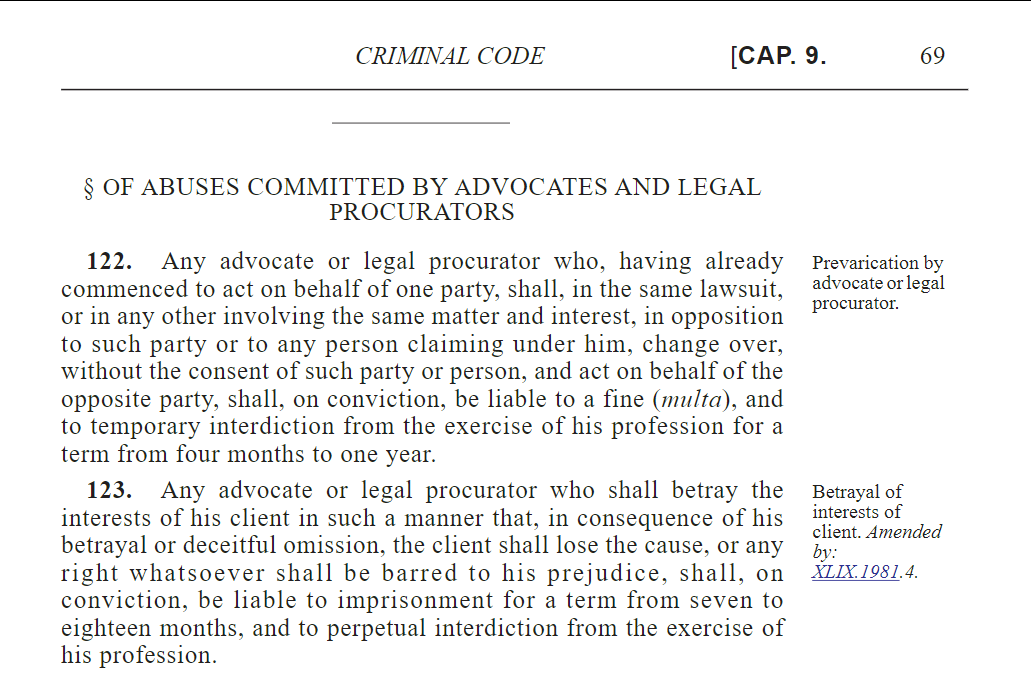 The 'issue remains' about whether Mercieca breached these provisions in the criminal code.

In conclusion, the inquiry noted that the issue remained whether Mercieca had broken specific provision in the criminal code by switching sides, as well as the code of ethics binding all lawyers.

These points were deemed to be beyond the scope of the inquiry.

The inquiry did not delve into certain potential criminal and ethical breaches by Mercieca.

The inquiry recommended that lawyers employed with the Attorney General be barred from appearing for people or companies against whom criminal or civil proceedings were instituted during the period in which the lawyer worked at the Attorney General’s office.