Oscar-winning actor Meryl Streep has penned an open letter paying tribute to Daphne Caruana Galizia and other women journalists facing danger in their line of work. 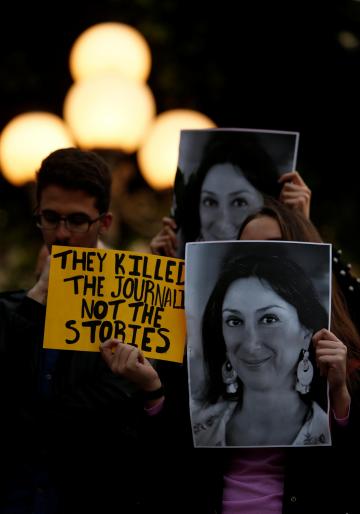 In a letter published in Porter magazine, Ms Streep – who has been nominated for Hollywood’s top prize a record 21 times – writes that “investigative journalists, and especially female journalists, are vulnerable, doxxable and come under a special scrutiny online.”

"We need the brave ones out front, picking through the field ahead of us for land mines so we don't step on one, or elect one," she told readers before going on to honour female investigative journalists as “modern-day Cassandras”.

Ms Streep highlighted three such examples: Ms Caruana Galizia, who she said was "blown up for reporting on the Panama Papers", Mexican journalist Patricia Mayorga and CNN journalist Arwa Damon, who has covered the plight of the Yazidis within Isis territory.

Ms Caruana Galizia was killed in a car bomb explosion in October 2017. Three men have been charged with her murder, though investigators have yet to apprehend a mastermind.

“We need to protect, defend and thank the current crop of journalists around the world, because they, their scruples and their principles are the front-line defense of free and informed people,” Ms Streep, who won a 21st Academy Award nomination for her role in Stephen Spielperg’s recount of the Pentagon Papers saga The Post, wrote.