MEP Roberta Metsola has rejected an offer by Bernard Grech to be parachuted into the role of deputy leader of the Nationalist Party.

Insiders say the PN leader sounded out Metsola as part of a wider attempt to shake up a number of roles within the party, as he tries to push for change in the face of the party’s continued dismal showing in the polls.

Metsola was approached by Grech in recent days to see if she would be interested in contesting the deputy leadership for parliamentary affairs. The ploy would necessitate first forcing out incumbent David Agius, triggering a new election for the post.

But the MEP, who in November was appointed as the European Parliament’s vice-president, rejected Grech’s idea.

Sources said Metsola internally expressed the opinion that the PN should focus on the forthcoming election and was concerned that a face-changing exercise now could lead to more protracted internal divisions that risks further alienating voters.

A spokesperson for Metsola said, when contacted by Times of Malta, that the EP vice-president does not comment on “hypothetical scenarios or internal party matters”. 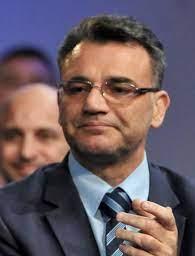 The post of deputy leader for parliamentary affairs is currently occupied by David Agius.

“I will say that she is fully focussed on her dual roles as first vice-president of the European Parliament and an MEP for Malta,” the spokesperson said.

An official close to Grech told Times of Malta that neither Agius nor Arrigo had been asked to resign, but signals were being given about a desire for change. It is understood that various individuals are being sounded out about their potential interest in senior roles within the party.

With a meeting of the PN’s general council scheduled for next month and an election looming, insiders say Grech is keen to be seen as the driver of change within the languishing party.

A Malta Today poll earlier this month put the gap between PN and Labour at 48,000 votes.

The party has not won a local council, European Parliament or general election since a razor-thin victory in 2008 secured the PN’s last stint in government.