Roberta Metsola has been asked to temporarily assume the responsibilities of the president of the EU Parliament as it mourns the death of David Sassoli, days before the end of his term.

Amid an unprecedented situation, Metsola, the parliament's highest-ranking vice-president was asked to take on the role as per the rules of procedure of the parliament.

The Nationalist Party politician will carry out the duties until next Tuesday when parliament is scheduled to elect the next president, with Metsola already tipped for the top job.

Sassoli had been battling illness in recent months and was last hospitalised in December. When he was unable to be in parliament, Metsola acted in his stead.

He was scheduled to preside over his final plenary session as president next week, before the presidential election.

Metsola is vying for the presidency after the EPP voted her as the party's candidate for the presidential election on November 24. If she is elected president on Tuesday, she will have secured the highest-ranking role any Maltese politician has ever held.

Early on Tuesday morning, the Maltese MEP said she was heartbroken by the news of Sassoli's death.

"Europe has lost a leader, I have a lost a friend, democracy has lost a champion. David Sassoli dedicated his life to making the world a better, fairer place," she wrote on social media.

Sassoli, 65, was an Italian journalist and broadcaster. He spent three decades working in journalism in Italy and was also a newscaster before he became a member of the European Parliament in 2009.

On Tuesday afternoon, the president of the European Commission, Ursula von der Leyen said she will remember him as a champion of justice and solidarity and a dear friend.

A tribute to Sassoli, created by the European Parliament. Video: EP

"David Sassoli was a man of deep faith and strong convictions," she said.

"Everyone loved his smile and his kindness but he knew how to fight for what he believed in."

Sources in the EU Parliament told Times of Malta that colleagues and EU officials are shocked by Sassoli's death, and that it was initially unclear what would happen in the unprecedented situation.

"It has never happened that a president died while in office, so it was unclear what procedures should have followed his passing," said one official. 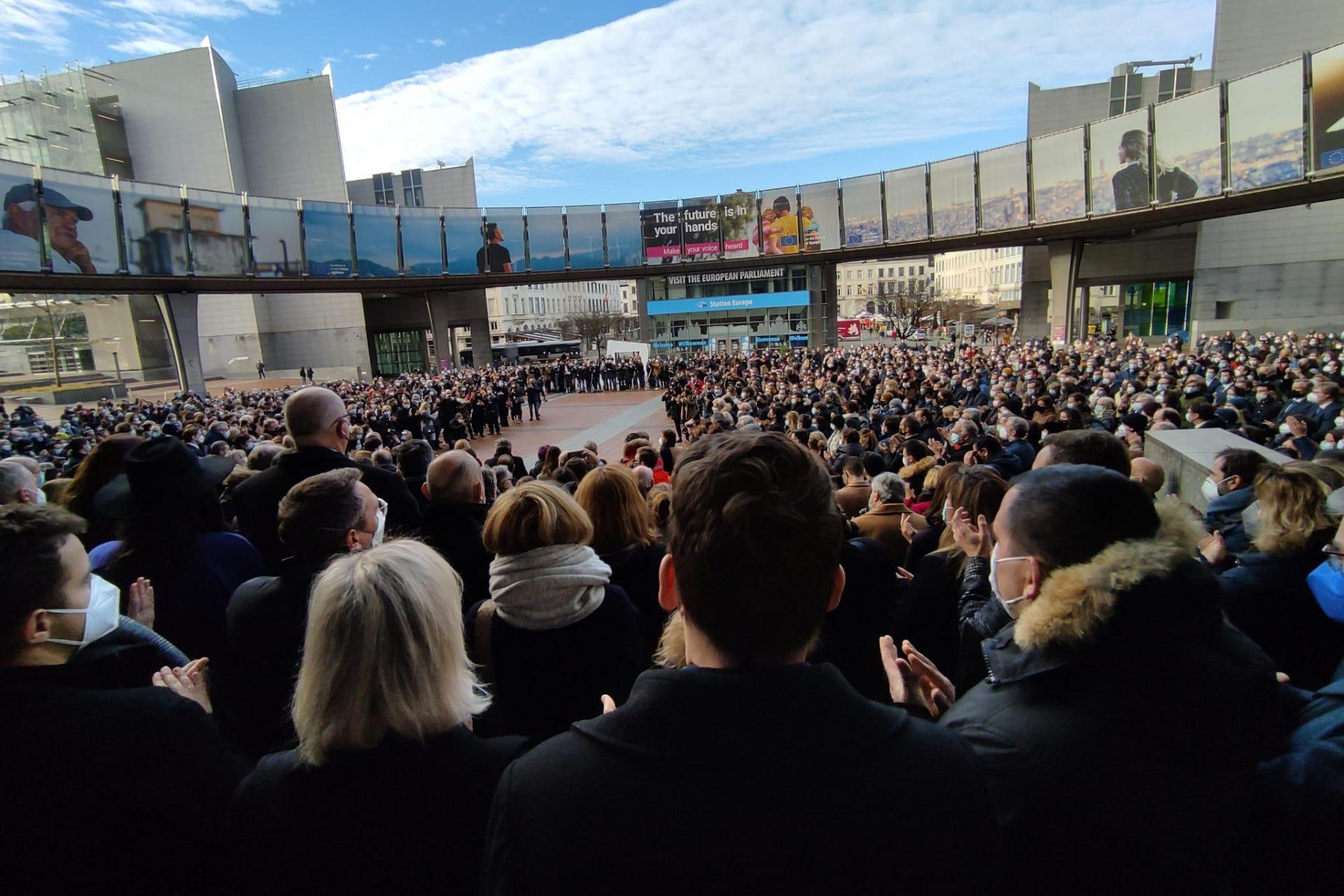 Metsola will preside over the plenary on Monday, but another vice-president will probably have to take that seat on Tuesday when Metsola will be one of the presidential contenders.

European Union flags in front of EU buildings in Brussels and Strasbourg were lowered at half-mast on Tuesday while MEPs and other officials gathered outside the EU Parliament in the afternoon to hold a minute's silence.

Speaker Anġlu Farrugia said he has written to Metsola to express the condolences of Malta's parliament for Sassoli's death.