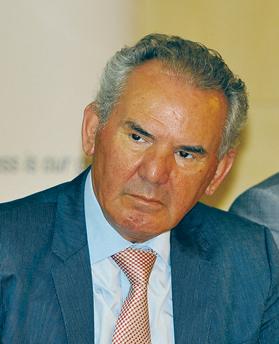 Private accommodation services such as Airbnb must maintain the same standards as hotels or shut down, the president of the Malta Hotels and Restaurants Association warned.

“If you want to be in the tourism industry, you have to abide by the rules like everyone else,” Tony Zahra said yesterday during the association’s quarterly review of the industry.

“The regulator has to ensure that those who are not in conformity would either come in line and incur the same costs as us or leave the market,” he said.

Airbnb, a website that allows users to find and rent private accommodation when travelling, has been rapidly gaining popularity in recent years.

The sector is largely unregulated and is seen by many observers as a credible threat to traditional hospitality operators.

In fact, according to the MHRA’s quarterly review, the number of bed nights in hotels dropped slightly in the second quarter despite a continued increase in the number of tourist arrivals.

The figures were attributed to the continued trend of more tourists opting for private accommodation, a trend largely driven by services such as Airbnb.

Mr Zahra said the government must put “money on the table” to help the hospitality sector improve its energy efficiency and further reduce its utility bills.

He called for a system of concrete incentives for hotels and restaurants that invested in initiatives aimed at cutting their carbon footprint to ensure their long-term sustainability.

He said many hotels and restaurants had responded to the 25 per cent reduction in energy bills by investing heavily in refurbishment, which was paying dividends for the tourism sector.

His proposal follows calls by the Chamber for Small and Medium Enterprise (GRTU) and the Chamber of Commerce, Enterprise and Industry for energy tariffs to be further reduced in view of the decline in international oil prices.

“Overall, the news is good and has been good for five consecutive years,” Mr Zahra said. “Now we need to use this as a platform to move forward.”

Ahead of the Budget scheduled for October, he said the government should not think only in terms of growth but of “development” and come up with a clear vision on where the sector would be in 20 years’ time.

“Some of our serious competitor countries are having problems, so there are fewer destinations to choose from. We need to use this platform to establish ourselves as the number one destination of choice,” Mr Zahra said.