Updated May 19 with Emigrants Commission statement

News that two soldiers were in police custody and suspected of killing a migrant "just because he was black" drew shocked and dismayed reactions across Malta's political spectrum on Saturday.

Lassana Cisse was killed on a Friday evening in April as he was walking along a country road, when a car drove past and fired bullets at him and two other migrants walking separately.

Two young men have now been arrested and are expected to be arraigned in court on Sunday. Times of Malta has chosen to not name the suspects until they are formally charged in a court of law.

Here is how politicians, civil society groups and other public figures reacted to news of the arrests.

"Everyone is presumed innocent unless found guilty by the law courts". 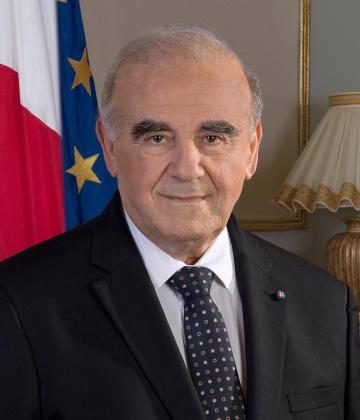 "It is very unfortunate that the persons accused are members of a disciplined corps. The President emphasizes the fact that this should not in any way reflect on the country’s various disciplined corps, and the upright behaviour of these corps’ members, as well as the sterling work and values of loyalty and dedication to serve the community".

"The President would like to convey his sincere condolences to the migrant and foreign community in the country for the henious murder of a person from amongst their community, and for the others hurt, and assures them that this act does in no way reflect the sentiments of the Maltese and Gozitan people".

"An incident like this should make us reflect deeply and at length, and should steer us to hold a sincere dialogue on the future of the country as a multi-ethnic, multi-cultural, and tolerant society," the President said.

"The language of hate is to be condemned, and should not take root in Maltese culture".

"The persons who were arrested do not represent the ethos of the Armed Forces of Malta, who I am convinced are doing very important work for our society. Nevertheless, we need to reflect on what happened."

"There is an ongoing internal investigation along with other security services, to determine whether these are isolated rogue individuals, or part of something wider".

BLOG: This is what happens when.... - Herman Grech

"The conclusion of this investigation by the Police Force shows that Malta is a safe place for everyone, and it should remain so, whether for the Maltese or any other nationality. In our country everyone is required to follow the law".

"Words of hatred and division have no place in our society. It is a strong signal to all those who spread hate speech that their ill-placed sentiments have serious consequences".

Later in the day, Dr Muscat told a crowd in Gozo that Malta should "never again" experience a crime like this.

"Now is when we have to stand up to be counted," he said. "If we allow this to blow over without showing that we've turned a page, we will all be denying our true selves".

"This is not the Malta we want. Much work is to be done to make Malta a truly safe place. Well done to the police force for their sterling work".

PN Home Affairs spokesman Beppe Fenech Adami added that the vast majority of AFM members were dedicated to their work of protecting and saving people who arrived in Malta.

"Great sadness, shock and shame as we confront the true evil face of the xenophobia, hatred and sense of impunity that poison a number of us Maltese".

"This was a racially motivated hate crime, an act of violence that must send a shudder through the body of every one of us".

"We hope that this will bring some peace of mind to the family of Lassana, and also to Mohamed and Ibrahim, the two survivors who are still coming to terms with what happened to them, and who may never recover from this vicious attack".

The far-right group said it "unreservedly" condemned the murder but questioned the timing of the arrests, which come one week before MEP elections.

"We hope this case is not being spun," they said.

"This murder is the culmination of a situation where cases of racism, including racism by members of the AFM, were systematically ignored for many years.

"Let's not forget that Malta is not a safe place for many. To change this situation, it will take a concerted effort from the authorities and all those wishing to live in a better society for everyone. It's hard, but it's possible".

"This case should now be followed up with an emphasis on educating people about the harm and horrors of racism.

"It would be a great pity if this incident tarnished the good reputation of Armed Forces members, who go to great lengths to save migrants from death at sea.

"Racism undermines justice, and for Catholics it is refusal of the commandment to love one another as we love ourselves. We must open up our hearts, especially to those who are fleeing persecution".

This is absolutely sickening. We have to fight ugly #racism at every level of our society.

Call out those dog-whistle politicians, stand up against discrimination, never accept that these heinous crimes occur in 2019 in our #Malta. https://t.co/mmuCZYw81N

#HateCrime has no place in #Malta. Neither has #HateSpeech. Well done to the @MaltaPolice Force for solving this murder. This is the time for us to unite together because these islands are and should remain a place where people can live safely together. pic.twitter.com/DLpwC6lSMC

#JusticeForLassana - A shocking reminder to #Malta to #fightracism and #hatespeech