Migrants held in a detention centre at Safi have scaled wire walls and unfurled banners demanding 'freedom' and 'humanity' in the latest protest against being held there without explanation.

A considerable number of police officers were deployed on Monday morning when the demonstration started around 10.30am.

Smoke rose into the sky from within the detention centre's walls but it is not clear how the fire started or what was set alight.

People being held at the centre waved their hands in the air, clapping and yelling "freedom" from behind wire fences.

Some scaled the fences to erect posters with slogans including: "Where is humanity?", "Freedom" and "4 months in detention, why?"

It is the second protest in a week by migrants being held there.

Last Monday, several police officers and Armed Forces of Malta units were dispatched to the area after people inside grew agitated and began banging gates.

Why are migrants protesting?

More than 800 people are being kept at Safi, according to Dr Katrine Camilleri, of the Jesuit Refugee Service in Malta.

"The centre is under a lot of strain - it is at full capacity. People have no access even to very basic things.

"But the worst thing of all is that they don’t understand what is happening. They are told on arrival that they are there for a medical check and weeks later they are still waiting to be released."

Those being detained in Safi have arrived to the island by boat, after being rescued at sea by charity ships and the Armed Forces of Malta.

"They have been through very difficult experiences and have suffered abuse and exploitation," said Dr Camilleri. "In a way, this comes on top of a lot of other tough experiences."

A former detainee subsequently has previously told Times of Malta that people inside were being held in squalid conditions and given no information about their eventual release.

Detainees grew angry after receiving no reply to two letters they handed to prison guards.

Smoke rises from inside the centre. Video: Chris Sant Fournier

What is the solution?

Last week, a coalition of NGOs and civil society groups said that authorities were using medical screening as a pretext to keep asylum seekers under lock and key for weeks on end, as Malta's reception services were not coping under the strain of hundreds of arrivals.

Many of those being held in detention are awaiting transfer to other EU member states, as a result of relocation deals struck between a number of countries.

Dr Camilleri called for extra resources, training and more places in open centres such as at Ħal-Far, where migrants are being evicted.

"For us it is clear that the ongoing situation is that there are not enough places in the open centre for people to be accommodated," she said.

"The only way forward is that they are given additional resources as well as trained, professional staff to help those who arrive in Malta." 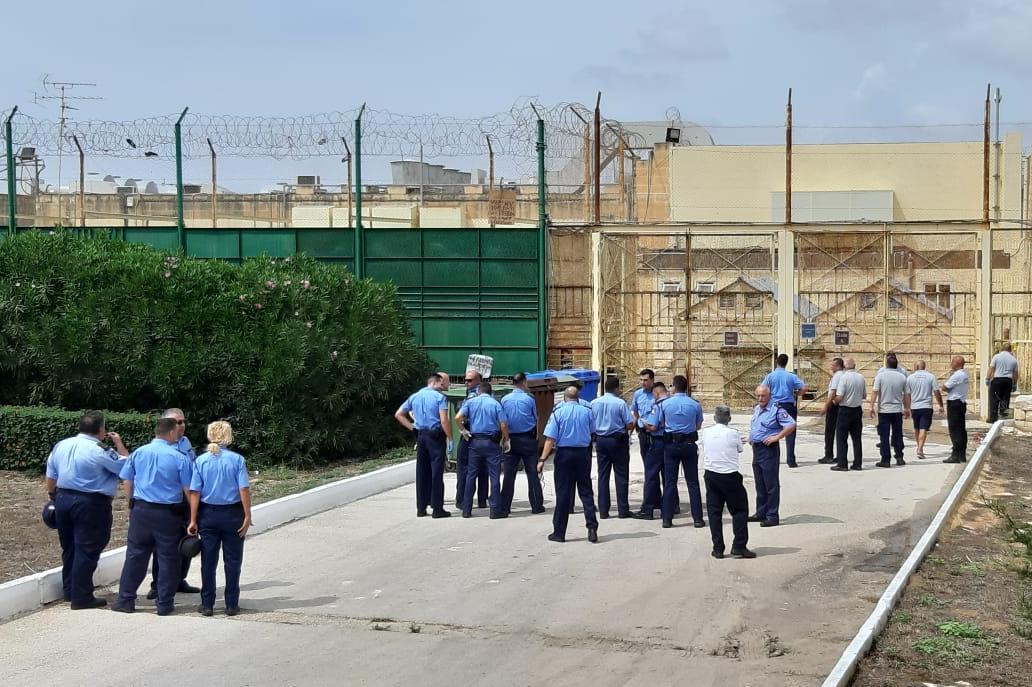