A group of migrants who arrived in Malta illegally by boat in 2019 and last year have been returned to their country of origin, the Ministry of Home Affairs said on Tuesday.

It did not say how many people were involved but said the return operation was coordinated by the Malta Police Immigration Section.

Following months of intensive work, a number of migrants without an authorisation to stay have been returned home. #Malta is committed to prevent irregular arrivals, share the responsibility with other #EU countries and return migrants who are not truly in need of protection. -RA pic.twitter.com/8gsHnzhfyB

The ministry said the migrants' asylum applications were considered by the International Protection Agency but it established that they were not eligible for protection and there was no risk to them returning to their home country.

The return process was complex, especially as the migrants arrived in Malta without any identification documents, the ministry said.

The home affairs minister said Malta had always been at the forefront of protecting those who really need protection.

"On the other hand, we must be in a position to use all tools afforded by law to return those who have arrived here illegally and are found not to deserve any form of protection,” Byron Camilleri said. 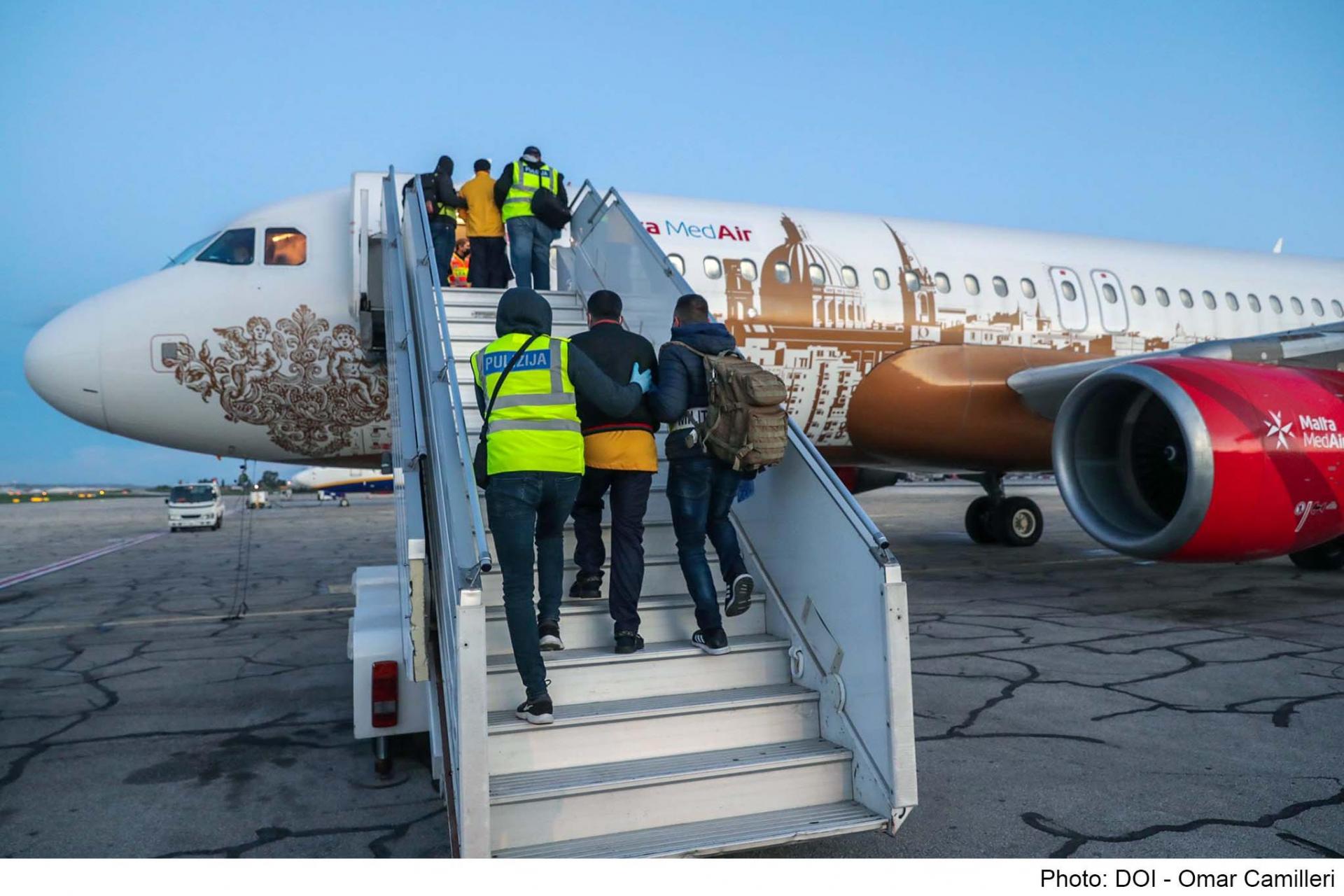