Rescued migrants aboard a ship en route to Tripoli threatened to jump off unless the vessel changed course and turned towards Malta, according to volunteers who spoke to the crew of a ship at the centre of a diversion.

A total of 108 migrants landed in Malta on Thursday at the end of a saga in which allegedly the crew of the vessel were overpowered by five men.

According to NGO Lifeline, whose ship is docked near the El Hiblu 1, the merchant vessel spotted a stranded dinghy packed with 108 people on board. The six crew members decided to rescue them and continue on their course to Tripoli.

The migrants and the crew could not speak to each other because of language barriers, but five men aboard the ship were able to speak English. The nationalities of the migrants are Ivory Coast, Guinea, Mali, Gambia, Cameroon, Nigeria, Burkina Faso and Senegal. The youngest migrant on board was six months old.

"The captain and the engineer of the ship said there was panic and confusion when the migrants realised the boat was heading to Libya," a representative of the NGO told Times of Malta.

The crew quickly realised that lives would be lost if they continued to Tripoli, he said.

The diversion was caused by unarmed migrants facing a desperate situation

Faced with the tough situation and feeling he no longer had control of the ship, the Turkish captain decided to head north.

The version of events was confirmed by another source close to a humanitarian organisation who told Times of Malta that the diversion was caused by unarmed migrants facing a desperate situation.

The five men were largely seen as the "masterminds" behind what was being described as a 'hijack' and were arrested upon arrival to Malta.

The perils migrants face in Libya have been well-documented. Those who fled the country have repeatedly sounded warnings that it was dangerous especially for migrants and rife with violence.

Read: 'We need to allow the Libyan coastguard to do its job' Muscat says after meeting Libyan PM 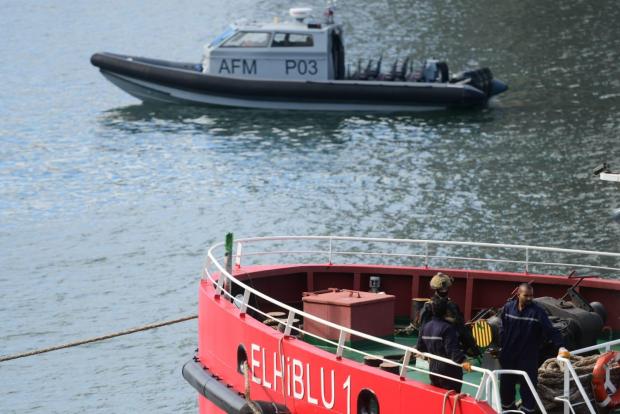 The El Hiblu 1 upon disembarkation in Malta. Photo: Jonathan Borg

'Search and rescue capacity should be increased, not reduced'

Speaking in reaction to the incident on Friday, the UN Refugee Agency reiterated it did not consider Libya to be a place of safety and that refugees and migrants should not be returned or disembarked there.

Serious shortcomings of search and rescue capacities called for a a predictable scheme to allow people to disembark in a place of safety, the UNHCR said.

Search and rescue capacity in the Mediterranean Sea needed to be increased, not reduced, as will be the effect of a decision by European Union states with regard to Operation Sophia, it insisted.

Just hours before the incident took place, the EU announced it was going to withdraw deploying ships patrolling the Mediterranean for migrants attempting the perilous voyage away from Libya.

Search and rescue vessels were also being held in Malta, with the government deciding to clamp down on migrant vessels carrying out SAR missions in the Mediterranean.