For the 3,200 men and women on a minimum wage it would take a whole month’s salary to replace a threadbare sofa or their ancient television. Kurt Sansone explores how they might be pulled out of the poverty trap.

It’s time to change the sofa – and the magazine just received in the letterbox is advertising a three-seater for €780.

Or maybe it is time to upgrade the television to a 40-inch LED curved screen version advertised at €749.

These are not everyday expenses but it would help to know that those amounts represent roughly a full month’s income for the estimated 3,200 individuals on the minimum wage.

Comparisons like these may be an academic exercise but the adequacy of the minimum wage has been thrust into the spotlight recently by the findings of a study undertaken by Caritas, a Church organisation.

The study focused on the cost of basic needs for three particular family types and found the minimum wage did not ensure a decent living.

And no, the Caritas study did not factor in the replacement of a three-seater sofa or the purchase of a 40-inch LED television.

The study called for a gradual increase in the minimum wage, a call backed by poverty campaigners but received with scepticism by business operators.

At €728 per month, or €168 per week, Malta’s minimum wage is in the mid-tier range within the EU. Eurostat, the EU’s statistical agency, shows that it compares to the amounts paid out in Spain and Slovenia, is way ahead of most countries in eastern Europe but is half that in Ireland and Germany.

The National Statistics Office estimates that the number of minimum wage earners stood at 3,241 last year. This is around two per cent of the workforce, but the problem may be bigger than the figures suggest.

Economist Philip Von Brockdorff says the focus has to extend to low income earners and not just those on the minimum wage. “There are workers who earn just above the minimum wage and who cannot cope with everyday needs,” he says.

He uses the Household Budgetary Survey released in 2008 as a reference point. The survey is an exercise undertaken by the NSO to determine household expenditure and income, which is then used as the basis to calculate the annual cost-of-living adjustment. 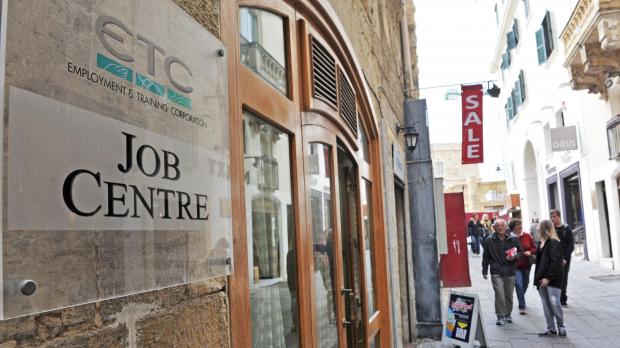 The minimum wage is not adequate to prevent workers and the vulnerable from being poor, which was the primary reason for its introduction

“These same households recorded an expenditure of about €11,000, which means they were ending up out of pocket,” he says.

But much as these arguments could strengthen the Caritas call for an increase in the minimum wage, Dr Von Brockdorff urges caution.

He believes that before any increase in the minimum wage is contemplated, the Household Budgetary Survey has to be updated. “It is long overdue and necessary for us to get a snapshot of the spectrum of wage earners and their household expenditure.”

This would provide a more accurate picture of the situation, giving policymakers the tools to make a decision.

Finance Minister Edward Scicluna also adopts a cautious approach, insisting the Caritas study is not meant to be a study on the minimum wage. It has helped pose pertinent questions and made recommendations worth investigating.

Prof. Scicluna says the Caritas survey confirms that in a family where both parents receive a minimum wage, the joint income exceeds the essential budget highlighted in the report.

“But if for some reason only one parent is working, should you raise the minimum wage for the whole country, get the other spouse a job, or provide the family with an income supplement? The Caritas study is not meant to answer this question but to pose it.”

Government has said it is willing to open a debate on the matter but for economist Karm Farrugia, who had been involved in the first Caritas survey four years ago, the minimum wage should increase by 3.5 per cent every year, for three consecutive years, above the cost of living adjustment.

But Dr Von Brockdorff argues for a different approach. While not excluding an increase in the minimum wage, he says the country needs more effective policies to encourage people to improve their employment prospects. Measures such as in-work benefits and the tapering of social benefits have helped people improve their prospects, he says.

“We need more of these because what you want is low income households to come out of that income threshold that is keeping them down.”

Business organisations have warned that adjusting the minimum wage could lead to an erosion of competitiveness, especially in sectors like manufacturing. If wages become more expensive it will become less attractive for operators to keep their business in Malta.

This is a reality the country cannot ignore as it debates the minimum wage but Josef Bugeja, General Workers’ Union general secretary, believes now is the “appropriate time” to make an upward adjustment.

“The minimum wage is not adequate to prevent workers and the vulnerable from being poor, which was the primary reason for its introduction,” he says.

Mr Bugeja argues the working poor are a reality plaguing many western societies. They work and contribute to the economy but are not earning enough to escape the poverty trap. However, he too argues for a gradual approach since changes to the minimum wage would trigger adjustments in other areas such as pensions.

“The economy is strong and forecasts show it is expected to remain so in the coming years, which is why the GWU believes a higher minimum wage… will not have a negative impact on industrial competitiveness.”

Increasing the wages for those on the bottom rungs of income should be seen as an investment to help these workers become more productive and raise their spending, he adds.

Even if the €700 television may still be out of reach, these families would possibly be able to crawl out of poverty and live decently.

*Kim Dalli contributed to this report.