What appears to be a spillage of wax at the foot of the Great Siege Monument in Valletta had the minister for justice and culture complaining on Wednesday morning about the monument being spoilt.

In a Facebook post, Owen Bonnici uploaded a picture of the Antonio Sciortino monument with what appear to be liquid marks at the bottom, where activists have for the past months been placing candles alongside a picture of murdered journalist Daphne Caruana Galizia.

The minister did not say what could have caused the stains. He asked, however, whether it was right that the Great Siege Monument ended being spoilt in this way when anyone had a right to apply to set up an appropriate monument elsewhere.

He also pointed out that he had been taken to the constitutional court by NGO Repubblika when he acted so that the monument was cleaned in a regular manner. Judgement is due later month.

"Owen Bonnici has done this before. He sends his gang to take photos of the mess of their own making. People have seen his troops ‘cleaning’ the protest memorial. They topple wax, kick plants around, and make a hopeless mess. He then publishes the photos and blames it on protesters who keep up the memorial, replant, repot and clean the site regularly," the group said.

"It’s truly embarrassing for our country to have a justice minister who seems to have nothing better to do than fabricate evidence. The country is burning, the people are being robbed. And Owen Bonnici is worried about a wax stain."

The protest memorial site calling for #JusticeForDaphne in #Valletta was completely cleared for the 500th+ time last night after two weeks of it being untouched.

The minister had actually been sued for breaching freedom of expression after government workers boarded up the monument, allegedly to give it a revamp.

Government workers have also been regularly binned pictures of the slain journalist as well as candles and flowers. 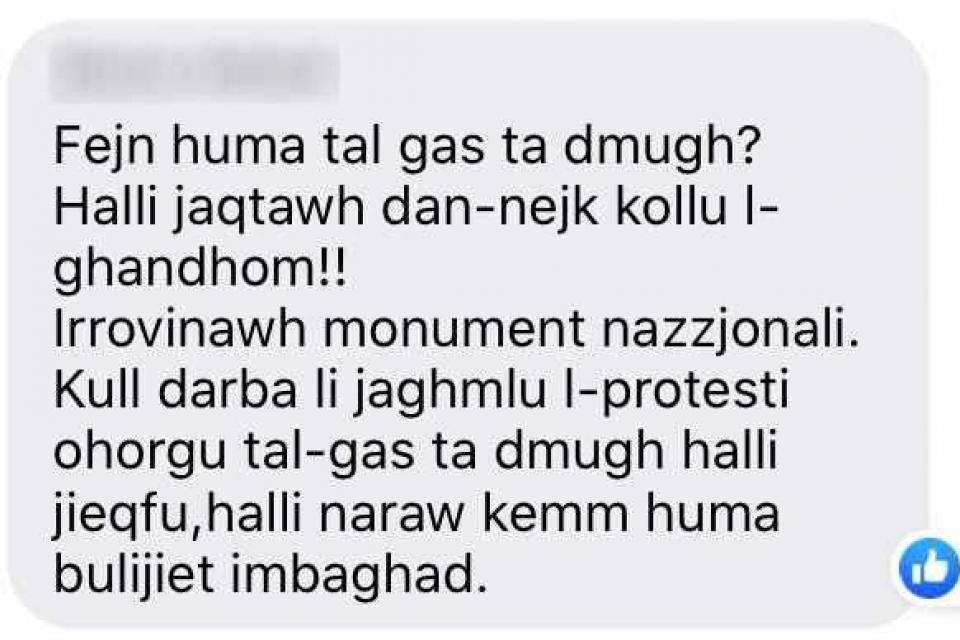 One of people commenting called for authorities to use tear gas to disperse activists.

One commenter suggested the use of tear gas against the activists for having, he said, ruined the national monument. "Every time they hold a protest, use tear gas so they'll stop, he wrote.

Another said that the activists were allowed to do what they wished, they would end up smashing things. The government, she said, was only tough with those of its choosing. 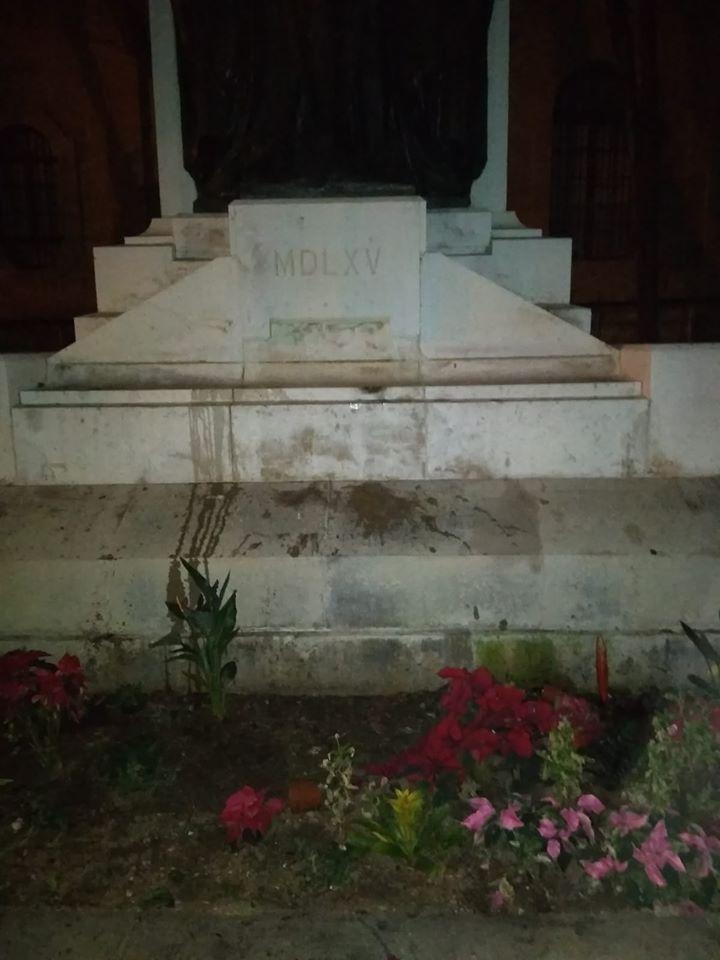