A 3.8-magnitude tremor struck about 130 km south of Malta in the early hours of Saturday morning, researchers said.

The Seismic Monitoring and Research Group of the Univeristy of Malta, on Saturday said the seismic active had occurred at 4.39am.

The Richter Scale, used to measure seismic activity, classifies events that score between a 3.0 and 3.9 to be minor tremors. 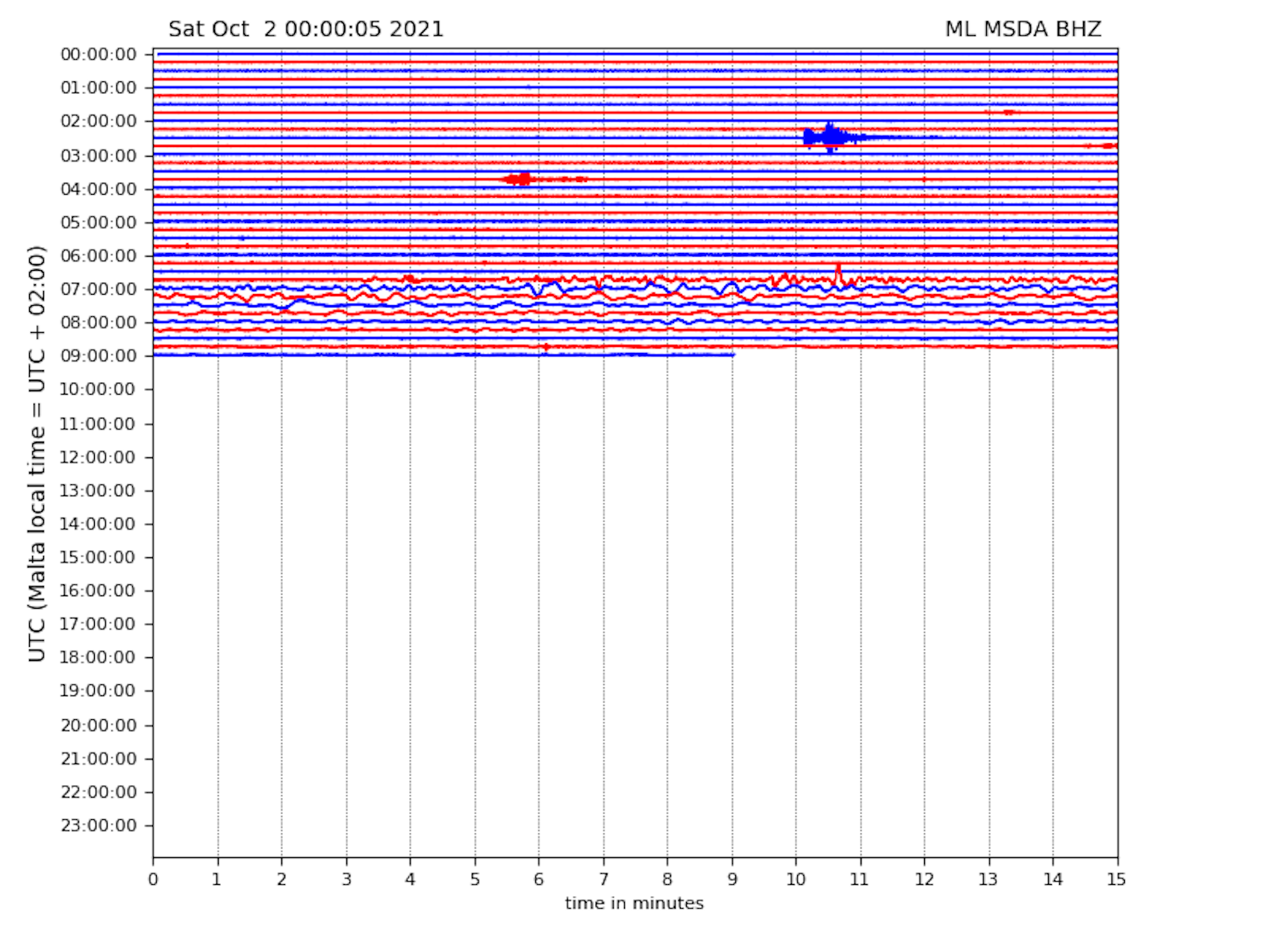 The blue trace on this graph represents the tremor off Malta's southern coast. Photo: Seismic Monitoring and Research Group.

A similar tremor was recorded this time last year.

Meanwhile, the research group said that a magnitude 7.4 earthquake south of Fiji islands in the South Pacific had also been recorded on Malta’s monitoring stations at around 8.45am local time, continuing to shake the ground for more than an hour.

The group called on the public to get in touch if they felt any movement.

To do so, fill in the "Did you feel an earthquake?" form on the website seismic.research.um.edu.mt.