Updated 9.25am with car owner's comments.

A British drag racer's distinctive and highly modified car has been found, three days after it went missing at the race track in  Ħal Far. 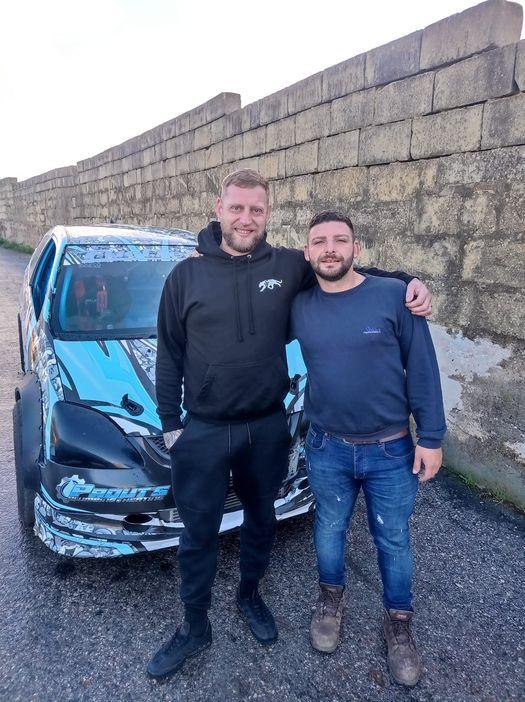 Lee Micallef (right) with Sean Prout and the missing car at the site where it was found in Iklin.

Sean Prout had reported how CCTV showed his Honda Civic ep3 being towed away from the track in the early hours of Monday morning.

He had offered a €5,000 reward for any information on the vehicle, known as 'The Smurf,' in which he has invested €100,000 to upgrade for race events around Europe.

The car was found on Thursday morning parking on a road in Iklin. The discovery was made by Lee Micallef, of Mosta, who does not have any particular interest in cars but recognised it from photos carried on Times of Malta and other media.

He immediately alerted the police and Prout was among those who immediately rushed to the scene.

The Malta Drag Racing Association announced that the car had been found and thanked everybody, especially the police, for their help.

"It is in one piece with very minor damage done," the association said, adding that the "nightmare" was over.

The car was 'too hot to handle' - owner

Prout told Times of Malta on Thursday he was grateful for the help he was given in Malta, which ensured that the car was 'too hot to handle' - the publicity given to the theft by the motoring fraternity meant it was easily recognisable and hard to sell.

He said the damage to the car was slight - a side window was missing and the  steering lock was sawn off.

He said it was a great relief when he received a call shortly after 4am telling him that the car had been found.

"I'm feeling much better now," he said, but despite being grateful for the help he had found, he does not plan to return to Malta.