Banners and posters marking the six-month anniversary since the car bomb murder of Daphne Caruana Galizia went up in several localities in Malta early on Monday morning, but others were just as quickly being pulled down, including a large banner in Valletta asking pointed questions about the journalist's murder.

The three men feature in mock titles such as The Greatest Salesman (a pun on The Greatest Showman); Crookfellas (Goodfellas); We need to talk about Keith (We need to talk about Kevin); Lord of the Lies (Lord of the Flies); Dial C for Corruption (Dial M for Murder); Fifty shades of Konrad (Fifty Shades of Gray); and My Big Fat Iranian Wedding (By Big Fat Greek Wedding). 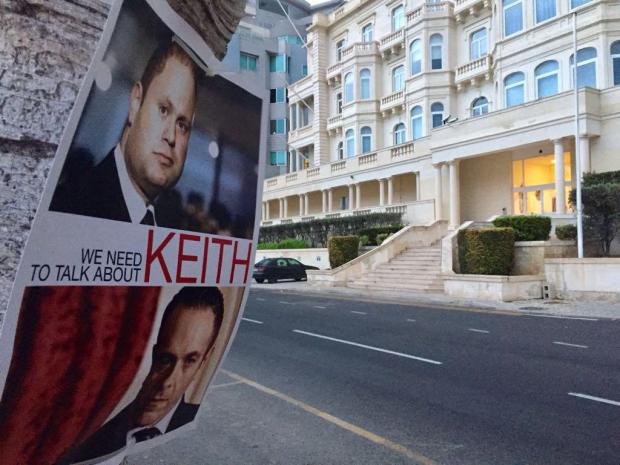 “The posters show exactly what we think of the despicable people who are running the country and they all highlight the ridiculous – and dangerous – state of rule of law in Malta,” said #occupyjustice, an activist group led by women.

“Daphne Caruana Galizia was assassinated while uncovering shocking corruption stories. Six months on, we still have no clue as to who commissioned the killing and not a not one single person has assumed political responsibility for her assassination,” they said, reiterating that they won’t be silenced until justice was served.

“We are utterly disgusted at the way the government actively promotes a culture of impunity instead of aspiring to block it. Yes they are Crookfellas and they attended the Big Fat Irianian Wedding,” the group said in reference to Prime Minister’s and Mr Schembri’s attendance at the wedding of alleged Iranian money launderer Ali Sadr, now under arrest in the United States. 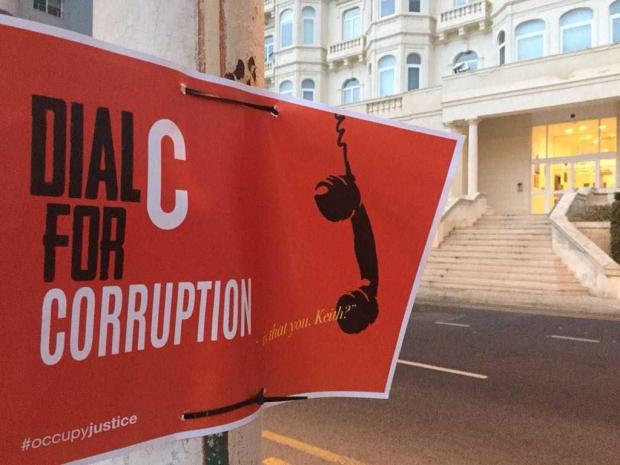 The Kenniesa group also unfurled streamers along major roads, marking the anniversary and warning against silence by those in the know.

Valletta 18 executive chairman Jason Micallef protested that some of the banners had illegally covered up Valletta 2018 signs, and said the Kenniesa banners would be removed immediately because the rule of law applied to everyone. 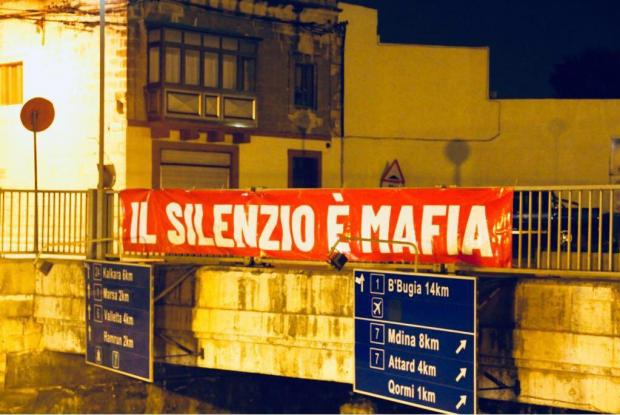 As the streamers were put up, a large banner unfurled in Bakery Street, Valletta, on Sunday, was being pulled down. The banner asked why Mr Schembri and Dr Mizzi were not in prison, why the prime minster's wife was not being investigated, and who paid for Caruana Galizia's murder.

A similar banner on Valletta's Old Bakery Street was pulled down and stolen last month.

Archbishop Charles Scicluna will lead Mass at St Francis Church in Valletta on Monday evening to mark the six-month anniversary of the murder. It will be followed by a vigil in Great Siege Square.

In a judicial protest filed on Monday morning, the Caruana Galizia family called on the Planning Authority to cease and desist from removing banners criticising the government from public spaces.

The letter makes specific reference to the removal of the banner on Old Bakery Street.

The family argued that removing the banners was tantamount to interfering with freedom of expression, and that a decision to remove the banners had been taken with “no form of proper hearing and due process”. 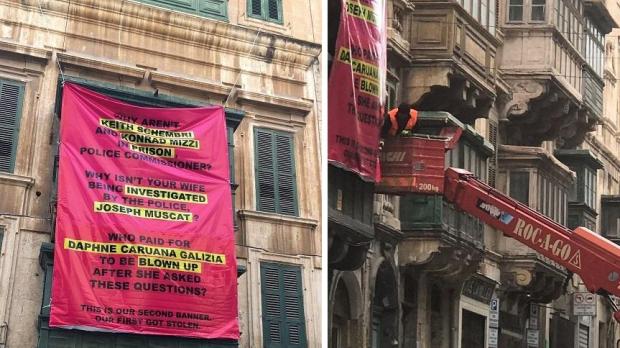 The banner which was pulled down, for the second time, in Valletta.