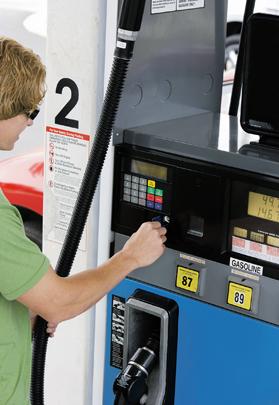 The number of petrol stations that accept card payments is expected to grow considerably once their owners start to install new equipment as part of major upgrades that have to be concluded by 2019.

So far only around one in six of the petrol stations in Malta accept debit or credit cards – either through point-of-sale at the till or at the self-service 24/7 modules.

Petrol station owners have resisted installing the equipment in spite of the fact that the banks’ fee for local cards has been cut to 0.5 per cent.

“Retailers have to pay at least three times that, but banks acknowledged that this is a different sector as both the cost of fuel and the profit margin of four per cent are regulated,” GRTU chief executive officer Abigail Mamo explained.

“Even so, the owners were reluctant. However, we anticipate that once they start to invest in the upgrade, they will take the opportunity to add the service as there is no doubt that cash handling has its own costs and security risks. And as a customer service, accepting cards is also a competitive advantage – especially for foreigners,” she said.

Petrol stations will be spending an estimated €21 million to bring their sites into line with an EU directive aimed at making them safer, as well as more environmentally friendly, by cutting down on fumes, leakages and emissions.

According to a GRTU study, around 80 of the 90 petrol stations in Malta need to change all their equipment, from the underground storage tanks and petrol pumps to all the piping. At the moment, plans for the upgrades are on hold until the Mepa demerger determines which department will issue the appropriate authorisations.