The Gozo Ministry forked out thousands of euros to organise traditional horse races in Victoria’s main thoroughfare for the Santa Marija feast, despite the condemnation of animal welfare NGOs.

Though the traditional races were organised by the Soċjetà Filarmonika Leone – one of Gozo’s local band clubs – it was the ministry which funded the races.

Times of Malta is informed that more than €30,000 was paid for the organisation of the races, though the ministry would not divulge the figure spent.

The ministry forged ahead with the races despite new rules which banned horse-drawn carriages from streets in the hot summer afternoons.

“Thousands were spent to line up the main road in Victoria with large concrete blocks covered with iron and wooden structures so that the races could take place during the afternoon of one of August’s hottest days,” sources said.

Thousands were spent to line up the main road

“Instead of setting an example, and at least oblige organisers to move the timing of the races to a more acceptable time, the ministry made sure the controversial races happen in blistering sun.”

The races are usually held at 2.30pm.

Animal lovers said although the safety measures taken could prevent an incident involving spectators, it was still dangerous for competing horses. 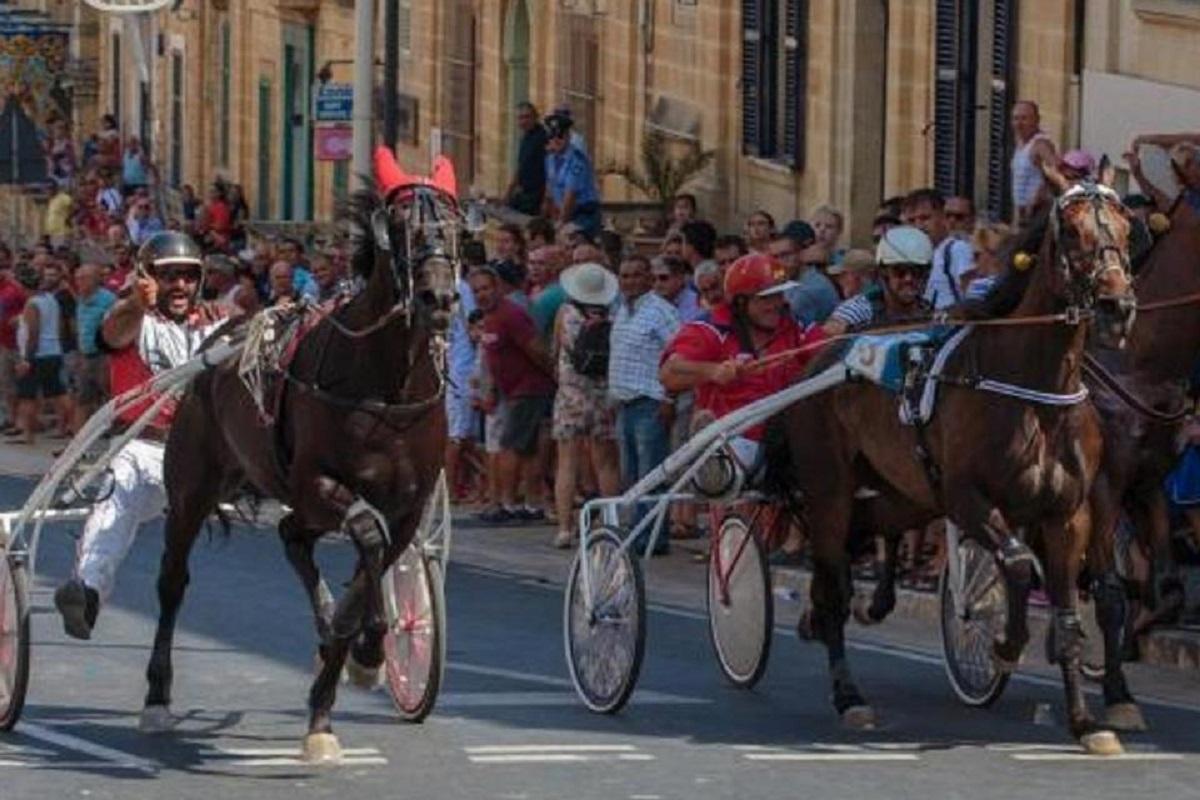 Asked to state why funding for the event came out of taxpayers’ pockets, a spokesman for the ministry said this was part of Gozo’s “sport tourism promotion”.

The ministry refused to state how much was spent and whether the works were commissioned through a direct order.

“The races have been the subject of discussion with Soċjetà Filarmonika Leone for months in view of the safety challenges involved. The Gozo Sports Board – a ministry entity – assisted in logistics and safety measures as per recommendations by commissioned experts,” it said.

Before the event, the Commissioner for Animal Welfare, former Magistrate Dennis Montebello, called for an end to horse street racing on grounds that asphalt and tarmac surfaces are not suitable for horses.

However, his calls were ignored and, in contrast, the Gozo Ministry promoted the event and said that the safety measures will now be used in future similar events.

“The ministry already received a request for the equipment to be utilised in another race scheduled in the coming days,” the spokesman said.

Last year, the races were called into question by the court when one of the riders was accused of causing his horse unnecessary pain.

Magistrate Joseph Mifsud had questioned how such races are still being organised in the honour of a patron saint. He stressed that such events should be restricted to official race courses and not on public roads.