A total of 510 new COVID-19 cases were recorded between Tuesday and Wednesday, the highest daily record since the virus reached Malta a year ago.

It is understood that health authorities believe the rampant spread of the UK variant has led to the spike in figures.

The news was met with alarm and a warning from thirteen medical associations that the resources for providing intensive care in Malta and Gozo could be exhausted "within days".

Despite the news of the record numbers, announced officially at 12.30pm on Facebook, neither the Prime Minister Robert Abela nor Health Minister Chris Fearne have commented.

This is the first time that the virus has hit over 400 in Malta with the highest number recorded so far being 362 on March 4.

Two patients died, bringing the number of people who have died whilst positive to 337.

The victims are two men, aged 64 and 74. They died at Mater Dei Hospital.

The new cases come from 4,423 tests administered, resulting in a virus positivity rate of 11.53 per cent.

Malta was on Monday recorded as having the sixth-highest number of positive COVID-19 cases per capita in the world over the previous seven days, according to rankings from the US Centers for Disease Control.

Health authorities have now opened a third Intensive Treatment Unit at Mater Dei Hospital to cope with rising patient numbers, bringing the total number of ITU facilities in the country up to five.

The high numbers led to new COVID-19 measures being introduced last week, including the closure of restaurants, and a ban on contact sports for the under-16s. 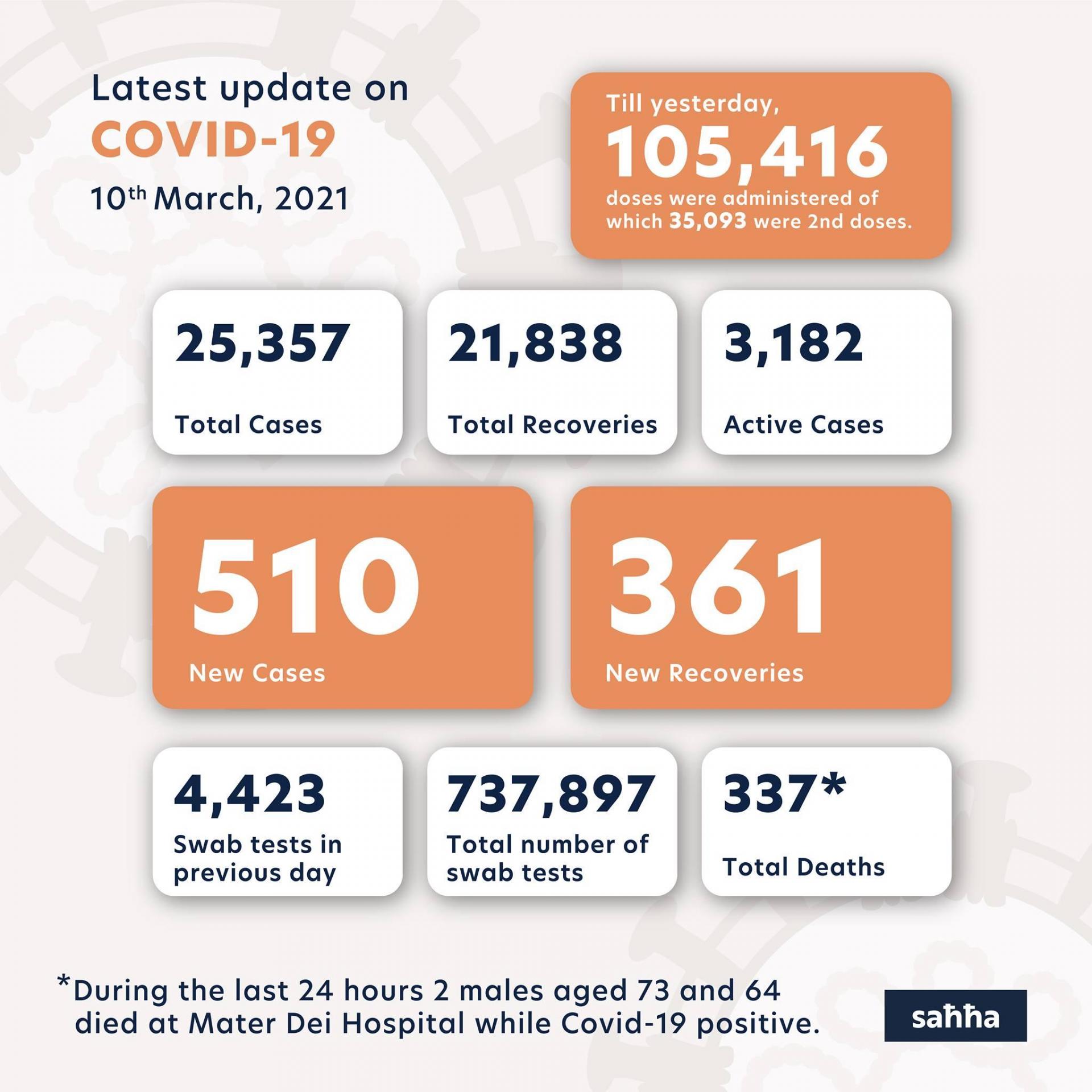 The island continues to top the list of EU countries in terms of vaccine uptake, with 13.5 per cent of the population receiving the first dose, according to the European Centre of Disease Prevention and Control.

The news was met with calls for stricter measures to keep numbers down. The Civil Society Network appealed for the closure of the airport and a temporary lockdown to manage “out-of-control spread” in the community.

PN leader Bernard Grech called for the government to declare a public health emergency, as it had done almost a year ago when the virus first emerged.