More than half of lesbian, gay, bisexual and trans people do not consider Paceville a safe place, according to research by the Malta LGBTIQ Rights Movement (MGRM) .

The survey, which highlighted shocking personal experiences including rape, found there was a particular problem with bouncers who are supposed to ensure the safety of patrons in Malta's entertainment hub.

And of those who faced discrimination, most didn't report the incident to police.

The study was based on 210 responses from people with various gender identities and sexual orientation and was carried out between October - December 2019 in response to a rise in reports of violence and harassment against members of the LGBTIQ community.

It found that 55.6 per cent of LGBTIQ people felt unsafe in Paceville, while 35 per cent said they were discriminated against at some stage between 2010 and 2019. 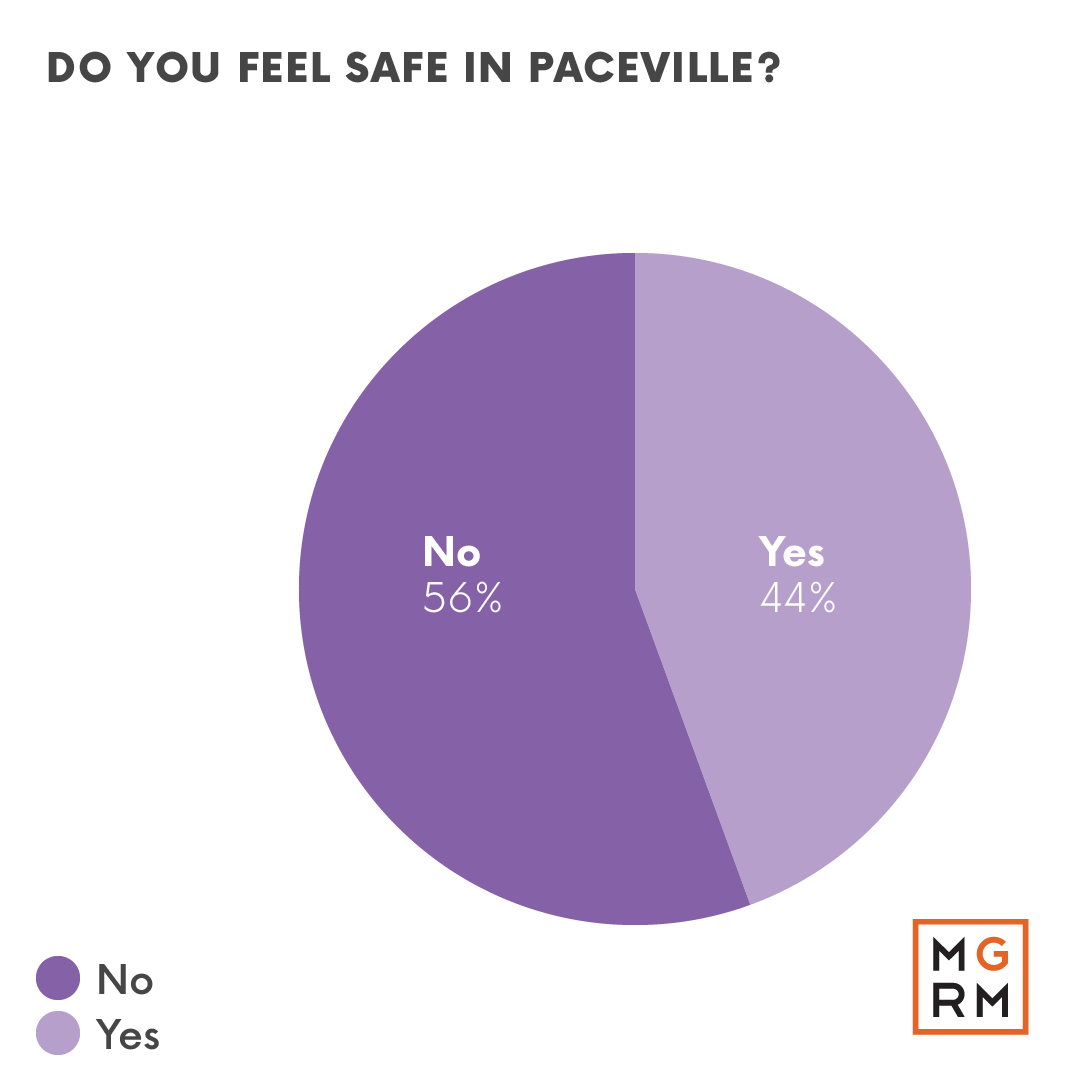 Almost a fifth, (19 per cent) of all incidents involved aggression by bouncers. The other cases included bartenders and other patrons objecting to "same-sex couple kissing or even holding hands".

Some 14 per cent of respondents said the incidents were violent and 5 per cent required medical assistance after the incident.

An overwhelming majority (93 per cent) of those who suffered discrimination did not report the incident to the police.

Respondents said there were a number of reasons for not reporting incidents, including a mistrust in the police, and a feeling that reporting would not lead to effective action. 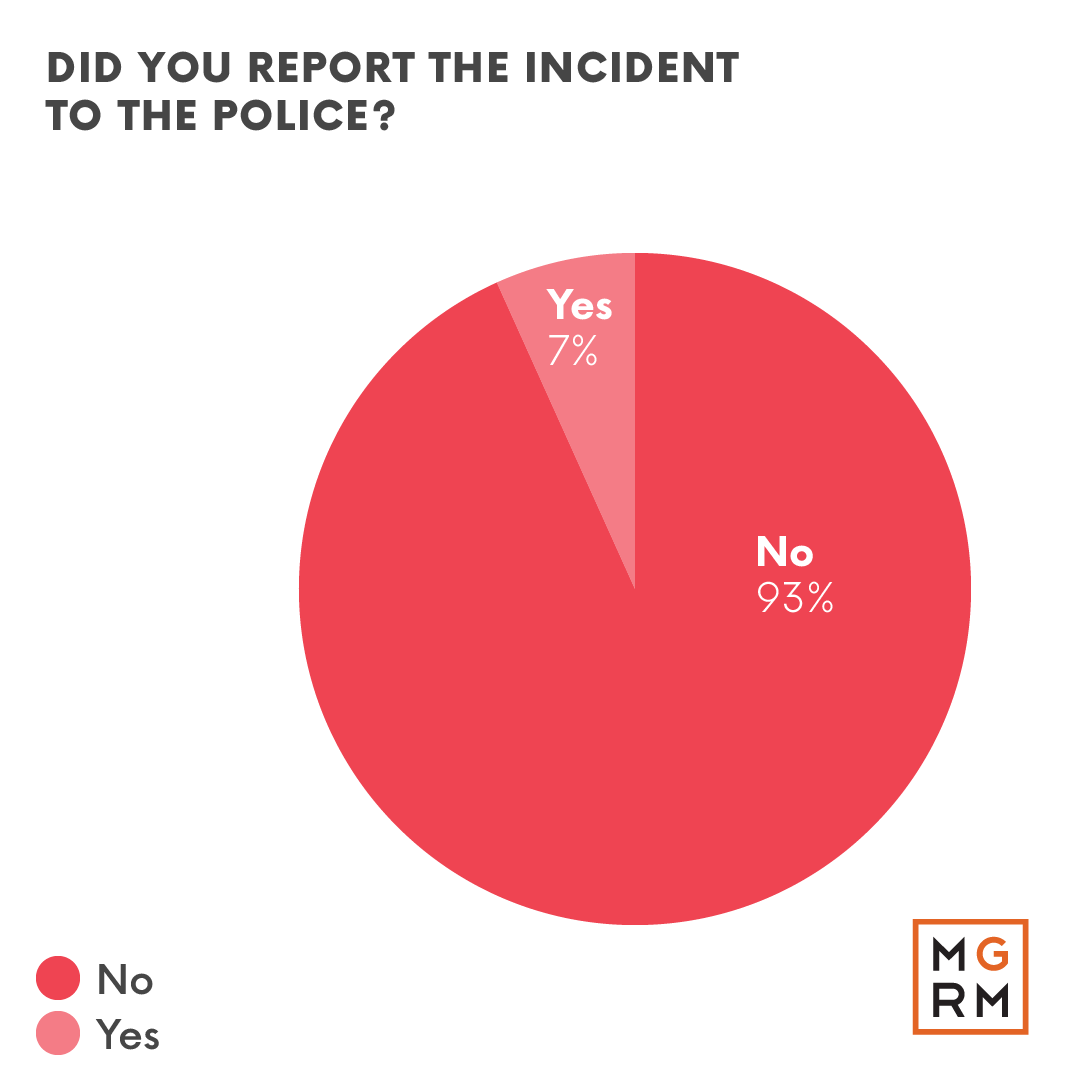 A vast majority of LGBTQi+ people said they did not report hate incidents to the police. Source: MGRM

The study, carried out by sociologist Angele Deguara, found that bouncers were a particular problem and "seem to be the category with the least sensitivity to LGBTIQ issues."

One respondent described his experience: "Kissed the guy I was with and got pushed by the bouncer and told that these things shouldn't happen." Another claims to have been "roughly separated by bouncers who thought I was dancing too close to another guy".

One particularly shocking experience was from a respondent who claimed to have been raped after his water was spiked. "After some time, I remembered I was in a room with black walls and a man was pulling down my jeans. Without a doubt, I was raped."

Other experiences included lesbian women being sexually harrassed, trans and non-binary people being denied access to venues and gender-segregated bathrooms.

“It is clear that despite the recent changes in legislation and the introduction of LGBTIQ-friendly policies, members of the community still face difficulties in some contexts,” the study said.

In its concluding remarks, MGRM made five recommendations which “may lead to a safer Paceville for all patrons and not just the LGBTIQ community”.

The proposals recommend passing a long-promised Bill regulating bouncers, as well as improving general security, including for the police.

While proposing that police patrols and security measures needed to be put in place without delay, the report noted that police offers were often victims of assault themselves so providing them with the necessary equipment “to avoid injury and to allow for prudent self-defence without increasing the risk of further assault and aggression” was paramount.

MGRM also recommended sensitivity training for the police, education campaigns for the public, as well as training for Paceville staff to create safer spaces and alert staff to homophobic or transphobic incidents taking place.