Malta’s attractiveness to foreign investors has reached an all-time low, with more investors finding the country unattractive than attractive for the first time since data started being collected 17 years ago.

Malta’s FATF greylisting in June was raised as one of the major concerns of investors, according to the EY Malta’s attractiveness survey revealed on Tuesday.

The survey, conducted among 110 foreign companies in Malta in July and August, showed that the proportion that find Malta to be an attractive destination for foreign direct investment plumetted from 62% last year to 37% in 2021. 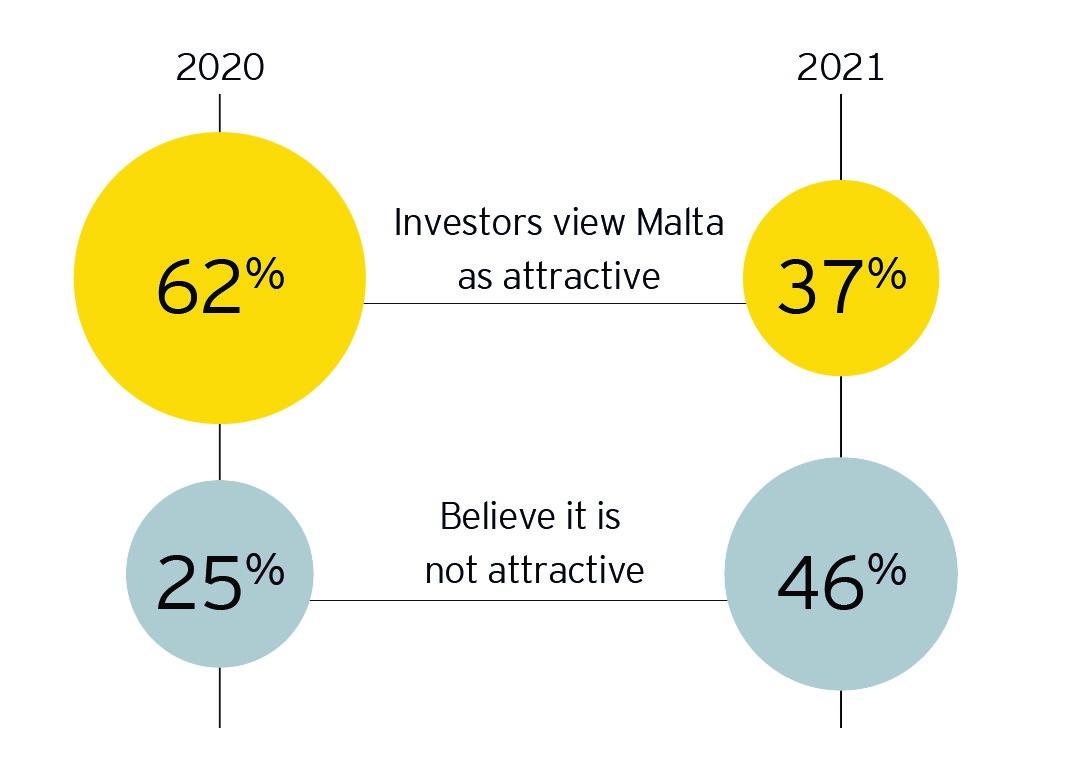 Meanwhile, the share of companies finding Malta unattractive almost doubled from 25% in 2020 to 46% this year.

Despite the challenges, almost eight out of ten companies still believe their long-term future is in Malta.

Ronald Attard, EY's Country Managing Partner, said that the results of the survey should come as a warning.

"For the first time since we have been conducting our survey, a significant part of the investors interviewed are telling us that Malta is currently unattractive for Foreign Direct Investment," he said.

"This might not be easy to digest as we are accustomed to better results. This outcome is not necessarily only due to the greylisting, but it has certainly played a big part. It would be foolish to bury our heads in the sand and not act immediately." 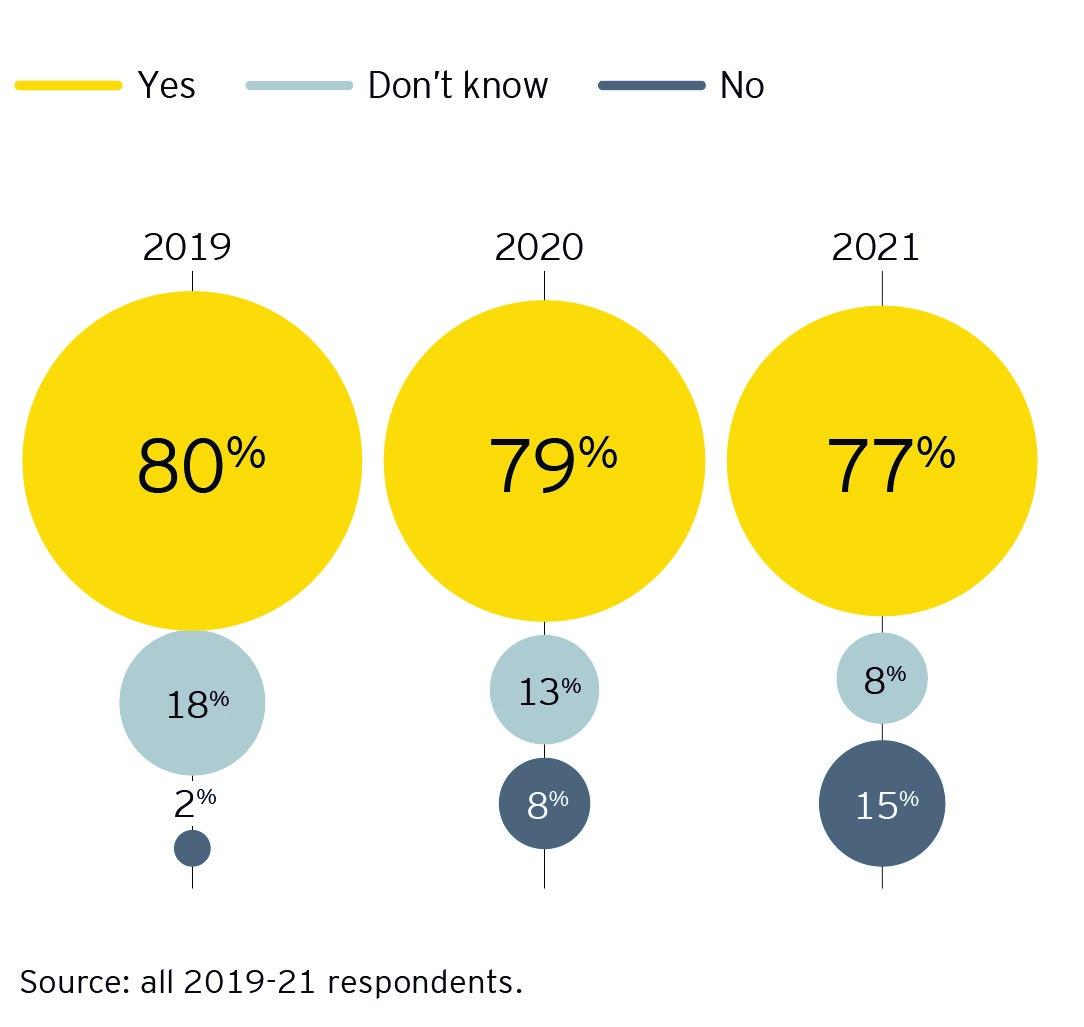 Presence in Malta in 10 years time

What makes Malta attractive or unattractive?

As in previous years, corporate taxation was deemed the most attractive feature for investors (67%) - but the attractiveness has declined by 15% on last year. This was followed by the telecommunications infrastructure (64%) and the stability of Malta’s social climate (58%).

Attractiveness scoreboard: the good and the bad.

For a second year in a row, the stability and transparency of the legal, political and regulatory environment came in last place on the FDI attractiveness scoreboard.

Only 17% of current foreign investors deemed this parameter to be currently attractive and 64% not attractive.

Malta’s greylisting played a part in shaping this perception. In June Malta was put on the grey list of the anti-money laundering watchdog - the Financial Action Task Force (FATF) - which essentially labelled the country as an untrustworthy jurisidiction.

Since then, some 24 companies renounced their licences to operate in Malta, compounding uncertainty in the financial services industry. The government has since signed up to a reform plan to address shortcomings in its fight against financial crime. 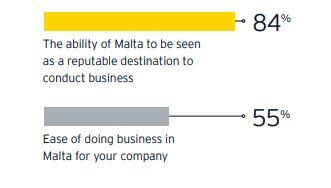 Large majority believe that the grey listing will lead to reputational damage.

The clearest impact of the greylisting, according to 84% of respondents, will be on Malta’s ability to be seen as a reputable destination to conduct business, while 55% said it will make doing business harder.

In line with this, respondents continue to believe that, to remain globally competitive, Malta’s utmost priority should be a focus on reputation and brand, followed by education and skills; strengthening of the country’s’ institutions, enforcement and monitoring; followed closely by the development of new economic sectors.

Education and skills remained a top priority given that companies’ challenge to find the required skills resurfaced. 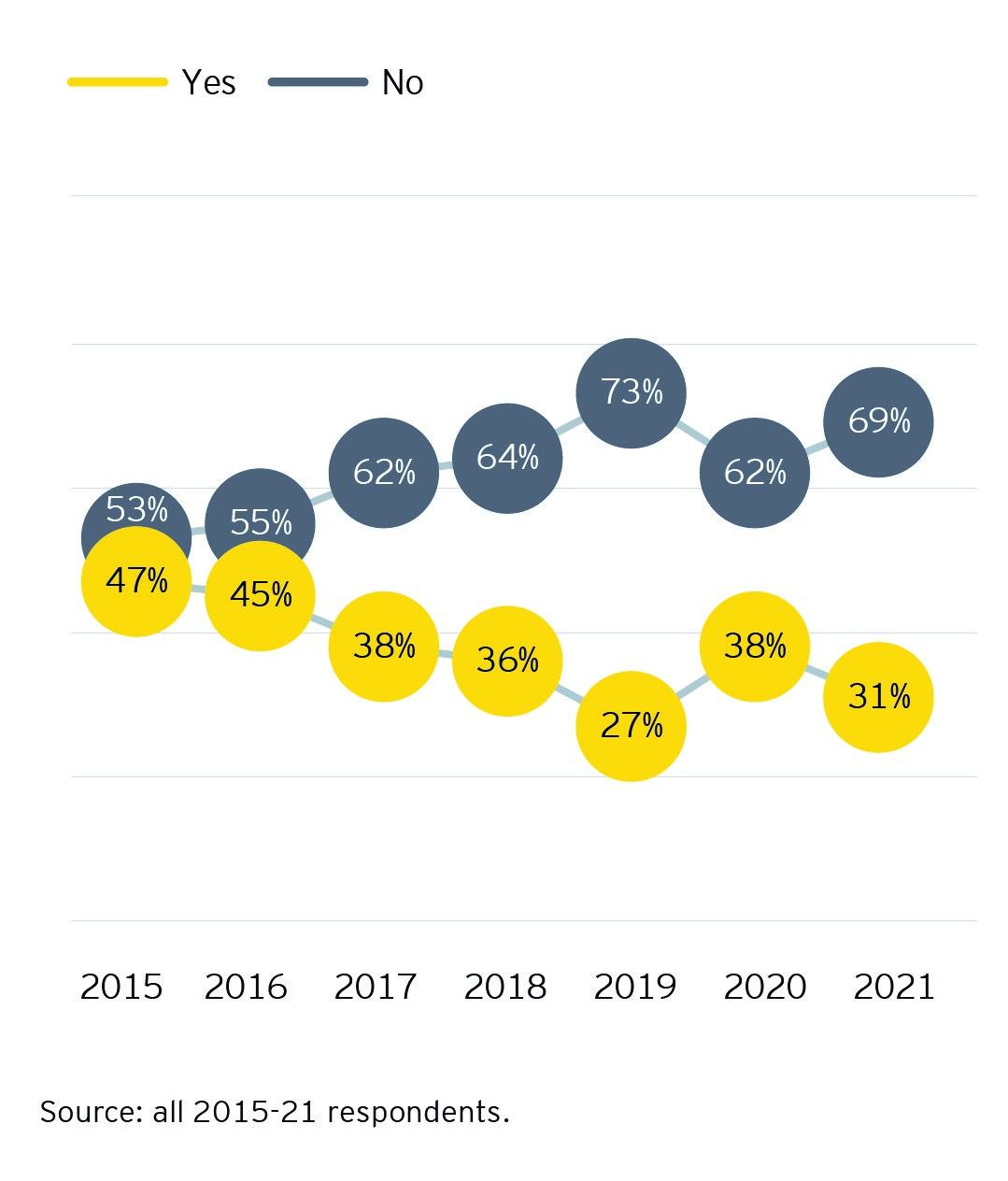 Only 31% of investors are finding the required specialised skills, down from 38% in 2020. Retention levels have also gone back to pre-pandemic levels with 78% managing to retain their specialised personnel, down from 98% last year.

The leading business sectors over the next five years remain the same as in previous years, with tourism and leisure in first place, followed by iGaming and artificial intelligence.

When reflecting on the factors that would influence anyfuture investment location choices,  two thirds of respondents consider workforce skills and availability to be a key factor.

The number of companies negatively impacted by COVID-19 decreased slightly in 2021 reaching 50% this year compared to 57%. 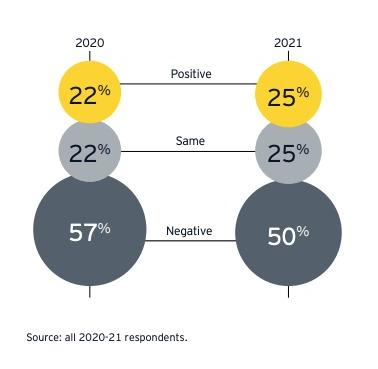 Financial impact of COVID-19 on companies.

Half of companies (49%) estimate returning to 2019 levels in one year or less while 44% believe the recovery process will take more than one, two or three years.

Sector responses vary, but hospitality respondents were the least confident sector overall and believe it will take longest to recover and return to pre-COVID-19 levels, the survey says.