Three-quarters of Maltese paediatricians have never received training in child protection, a local study has found.

This compares to the at least 75 per cent worldwide who, according to international surveys, have received such training.

The research, soon to be published in an international journal, indicates that a number of paediatricians who feel they lack confidence in assessing “safeguarding concerns” are still engaged in taking histories and conducting examinations on children.

Paediatricians are among the first professionals to be consulted by the local, multi-agency team when there is an allegation or suspicion of maltreatment.

However, the research, carried out by Dr Kevin Borg, found that paediatricians are ambivalent and generally lack confidence when it comes to engaging in child protection work, and that there is a significant lack of formal training and participation.

Three-quarters of paediatricians are also less likely to be engaged in child protection work due to the likelihood of attendance at court, while nearly two-thirds mentioned stress levels.

Similarly, 57 per cent and 47 per cent, respectively, claimed to be discouraged from doing such work for fear of reports to the General Medical Council and complaints .

These findings highlight the need for institutions working with children in the health sector to make sure all professionals have the training, skills and support necessary to undertake child protection work, according to Dr Borg, a paediatrician with a special interest in protecting children.

Since the study finished, a Child Protection Bill has been drawn up and is open for consultation. However, it makes no direct mention of how institutions should be mandated to establish measures that ensure child protection.

Dr Borg argues that guidance backed by legislation, detailing the way organisations and people should be working together on child protection, is essential.

This would prevent organisations working in silos and adopting individual standards. His qualitative and quantitative study on the behaviour and perception of all paediatricians in Malta in the field of child protection is expected to be published in the international journal Child Abuse Review.

In comments to The Sunday Times of Malta, Dr Borg, who also forms part of the Church’s Safeguarding Commission, commended the hard work invested in the Children’s Act, which will be the first of its kind since the ratification of the Convention on the Rights of the Child.

He holds that when it comes to the mandatory reporting of abuse, professionals who file reports in the child’s best interest and in good faith should be given legal immunity from all forms of legal liability, civil and criminal, even if the suspicions are judged to be unfounded by a court of law.

This is already the case in countries in which mandatory reporting is now well established: the US, Canada and Australia. It is also a recommendation by the Committee on the Rights of the Child.

This legislative practice, argues Dr Borg, would encourage professionals to engage wholeheartedly in the abuse-reporting process.

According to the draft, professionals with the knowledge of an act that constitutes a criminal offence causing significant harm to a minor or an unborn child are obliged to file a report. “No such reporting made in bona fide may constitute a criminal offence under any law whatsoever,” the draft law says.

On the other hand, professionals who do not file a report could be subject to imprisonment for a period of not less than three months and not more than nine months, or to a fine of not more than €5,000, or both.

Dr Borg’s study suggests that this professional obligation should be backed up by adequate training.

The lack of guidance resulted in “significantly suboptimal practice,” he argues. He recommends, therefore, investment in structured training and support systems for professionals.

What do the experts think? 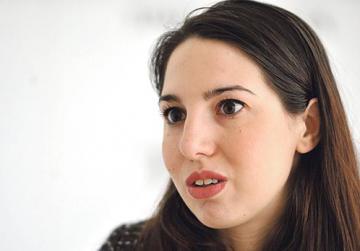 Family lawyer Daniela Azzopardi Bonanno is wary of court sittings being held in what is known as a children’s house.

While this provision has made life easier for the professionals, as they need to travel to one place only, in the children’s eyes the house will still be associated with court. She questions how children who have been through trauma are expected to open up knowing that the perpetrators may be in the same building.

Dr Azzopardi Bonanno is “very disappointed” that the members of all the mentioned boards will be appointed by the minister. This, she said, translated into political appointments that were not based on meritocracy. Such appointments, she believes, should be made following a public call and subsequent to a fair interview.

“Having political appointees sitting on boards making crucial decisions about the well-being of children who have already been through trauma is an injustice.”

Dr Azzopardi Bonanno also refers to an article stating that evidence from the minor is to be recorded in one sitting.

“Research shows that children do not lower their boundaries to give evidence in one sitting… Imagine you are a child who has gone through a lot of trauma. You’re now in a room with a person whom you don’t know but who tells you that they are there to help you and you’re expected to tell them what happened.

“You’re expected to trust this person, just like you trusted the perpetrator who harmed you.”  This can cause revictimisation of the child, she argues. 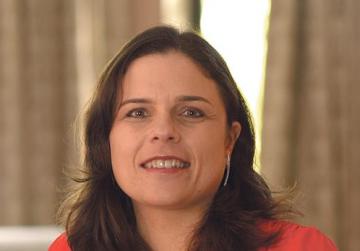 Foster parent and university lecturer Daniella Zerafa defines as “very promising” the fact that the Act ensures permanency in the care given to children. Research has shown that if permanency is not established early on in children’s lives, their stability and security may be threatened.

She calls for clarification, however, over an article stating foster carers may ask to adopt a child only after 10 years of the minor being in their care. This may conflict with an article stipulating that a court application for adoption may be done at any point.

“Ten years in foster care is a very long time, and hence this should definitely not be applied to every child. There are a number of children who would definitely benefit from the possibility of being adopted by their foster carers before the 10 years elapse.”

Meanwhile, she recommends that in cases of adoption by foster carers, the adoptive parents not be required to go through the whole adoption process that people who have never cared for children or have only brought up their own biological children must go through. Those who want to adopt children whom they already foster should instead be asked to top up their training and assessment.

Dr Zerafa also notes that the Act now caters for those situations where minors may be at serious risk of harming themselves or others.

Professionals in the sector have repeatedly flagged the needs of youngsters who are at risk, indicating that there is a serious lack of resources and facilities that can meet the needs of these minors when they are most vulnerable.

She notes that bringing the new Act into practice requires an investment in human resources, training and supervision. It will also imply a cultural and mental change to the way that we have been doing things before now. 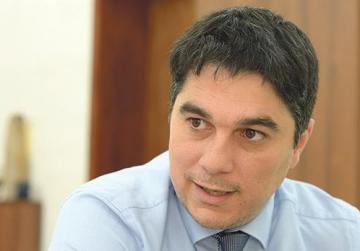 Andrew Azzopardi, director of Kummissjoni Ejjew Ghandi, welcomed the proposal that politicians will no longer be involved in the process of issuing a care order.

However, it was disappointing that the law would still allow for political appointments in every key post or board, while it was not clear why it was no longer required for the director responsible for the protection of minors to be a social worker. It is widely accepted internationally that child protection is a social-work-led sector.

Mr Azzopardi’s main concern is the issue of mandatory reporting, which in its current format, is “extremely broad”.

Child abuse, he explains, rightly creates concern that is often translated into a desire to act decisively, so mandatory reporting is often viewed as the obvious way to ensure that alleged perpetrators face justice.

This assertion is, however, based on the assumption that the court is infallible and that criminals are always convicted.

While child abuse needed to be tackled on multiple levels, including through the criminal justice system, there needed to be a coordinated response by competent professionals, he said.

“By criminalising professionals, such as sentencing them to prison or imposing hefty fines for failure to report, we are not instilling a sense of trust and confidence but creating a reporting system based on fear. In my view, professionals are the best tools to keep children safe. They ought to be engaged and empowered.” He urged for more consultation on mandatory reporting.

Mr Azzopardi has raised concerns about the advisory board raising the hopes of children in out-of-home care every six months, and the lack of long-term plans. Does the Bill tackle the issue of stability?

While it was “extremely positive” that the Act focused on the child’s best interests and permanency, his concerns about the board remain. “It appears that the board will go through cosmetic changes, but I do not see a change in its fundamental structure or operations.

“Children will still be obliged to appear in front of a board of strangers to speak about fundamental decisions in their lives. It is unnecessarily bureaucratic and not in children’s best interests.

“Time and time again, I hear that we should be listening to children. The children under our care are often very critical of the board.”

Where is the Child Protection Act?

The Child Protection Bill was tabled in Parliament four years ago by President Marie-Louise Coleiro Preca, who was then the family and social solidarity minister. The draft law was revised by her successor, Michael Farrugia,.

The new Bill was approved by the House in January 2017.

But a legal notice bringing it into force was not published.

The current Family Ministry, headed by Michael Falzon, went back to the drawing board and consulted with all stakeholders.

In June, the ministry unveiled its final draft of the Children’s Protection Act, initiating a six-week public consultation after securing the Cabinet’s approval.

The Maltese and English versions of the law, together with a presentation, can be accessed at https://meae.gov.mt/.

Feedback can be submitted before the end of July to childprotectionact.mfcs@gov.mt.