Thousands of people massed outside the Moulin Rouge caberet on Sunday night for a fireworks and French can-can extravaganza to mark the 130th anniversary of the storied Montmartre institution.

Police blocked off the boulevard for the event, which began with music and a light show projected onto the iconic red windmill, recounting the venue's Belle Epoque origins.

A sole dancer then appeared on the roof, braving the autumn chill in one of the caberet's skimpy sequined costumes - though she was not topless, presumably a nod to the families in the crowd. 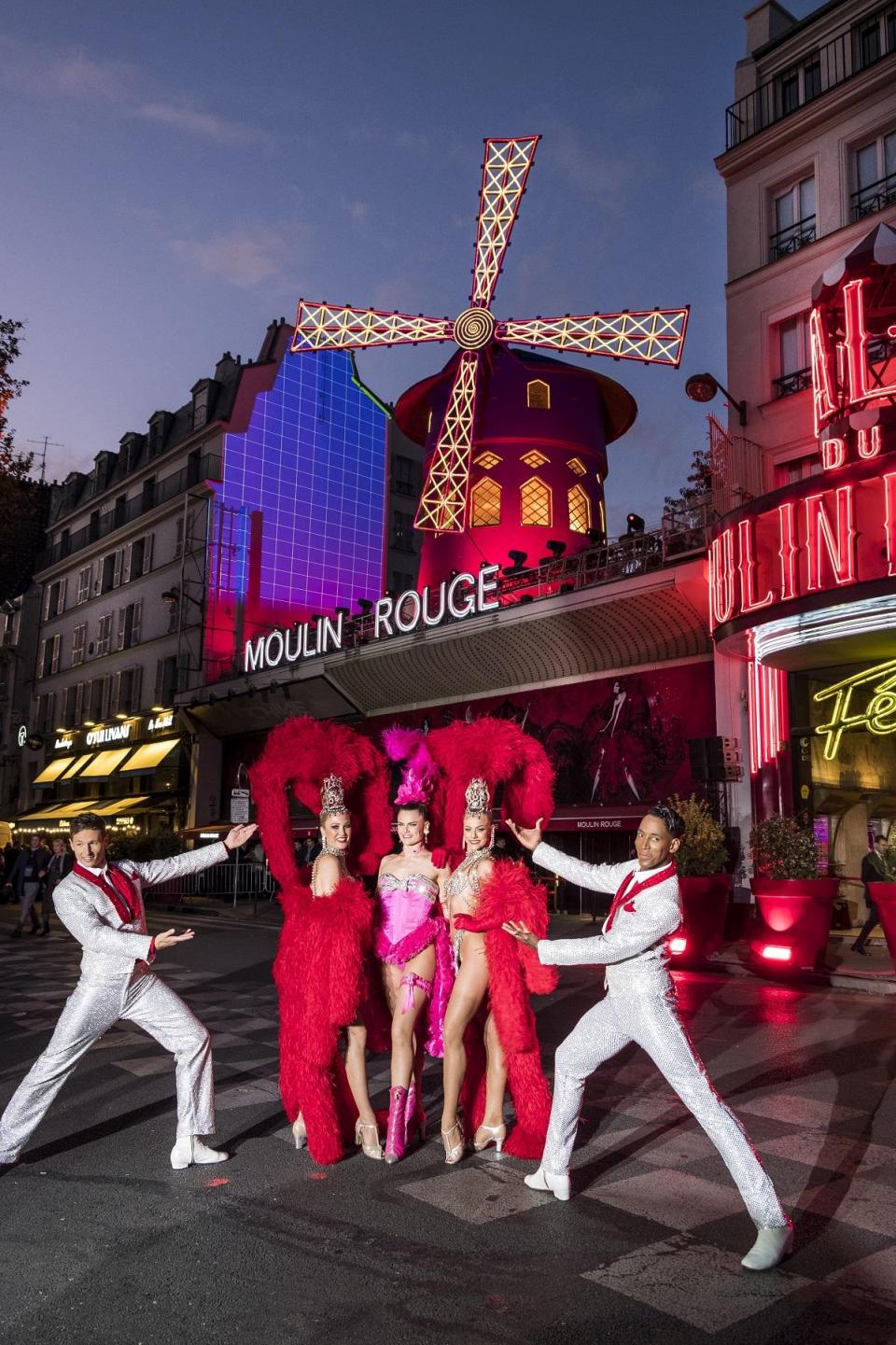 Then, as fireworks boomed overhead - red, naturally, later mixed with whites and blues - around 50 long-legged dancers wearing the same colours emerged to perform their famous can-can.

Yiftah Bar-Akiva, an Israeli who has lived in Paris for 11 years, was sipping champagne from a flute glass with friends who came for the party.

"It's as mythical as the Eiffel Tower, it's like a piece of history of the Belle Epoque," he said.

"I don't think it's disrespectful of women, I think it's still art," he added. "It's not like it's a peepshow!"

Joanna Cavarzan travelled from her home near the city of Chartres, not far from Paris, with a friend, Joe McGinty, who was visiting from Toronto.

"I've never been inside, and I was hoping to see a little bit what it was like," Cavarzan said.

But like many in the crowd, she could hardly see the dancers - no stage had been set up on the boulevard for their show.

Opened in 1889 - the same year as the Eiffel Tower was completed - the Moulin Rouge has become a must-see for millions of tourists to the French capital, even if only from the outside. 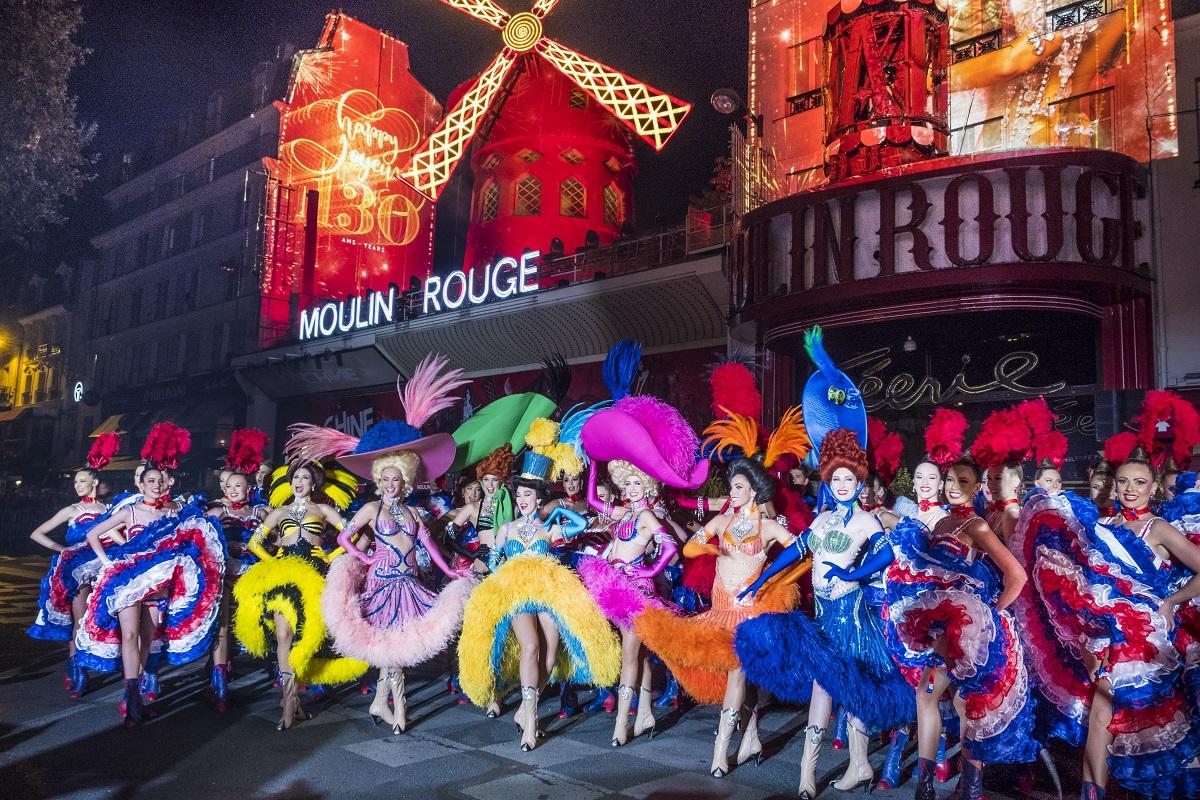 The two nightly shows, two hours each, are almost always sold out seven nights a week, 365 nights a year, with tourists and locals attending in roughly even numbers.

The cabaret has also become a touchstone in popular culture, not only with Baz Luhrmann's 2001 hit film but before that in 1952 with John Huston's version starring Zsa Zsa Gabor.