Broadway on Sunday finally honoured its best and brightest at the Tony Awards, more than a year late due to the coronavirus pandemic, with jukebox musical Moulin Rouge! sweeping the competition with 10 trophies.

The event took on a new look this year: most of the awards were handed out in a two-hour ceremony live-streamed before the main event – a concert celebrating the return of live theatre in New York after an 18-month hiatus.

"Everyone here is vaxxed and tested, and everyone is wearing a mask – every Broadway theatre is going to look like this for a while and that's ok," host Leslie Odom Jr said at the start of the concert gala at the Winter Garden Theatre.

Moulin Rouge! The Musical – a stage adaptation of the popular 2001 Baz Luhrmann film of the same name about the famed Paris nightclub – won for best musical, best actor and best actor in a featured role, as well as a host of technical honours.

The cast served up a colourful, sassy medley of hits from the show at their home theatre, as did the cast of Jagged Little Pill, a musical inspired by Alanis Morissette's seminal 1995 album of the same name. 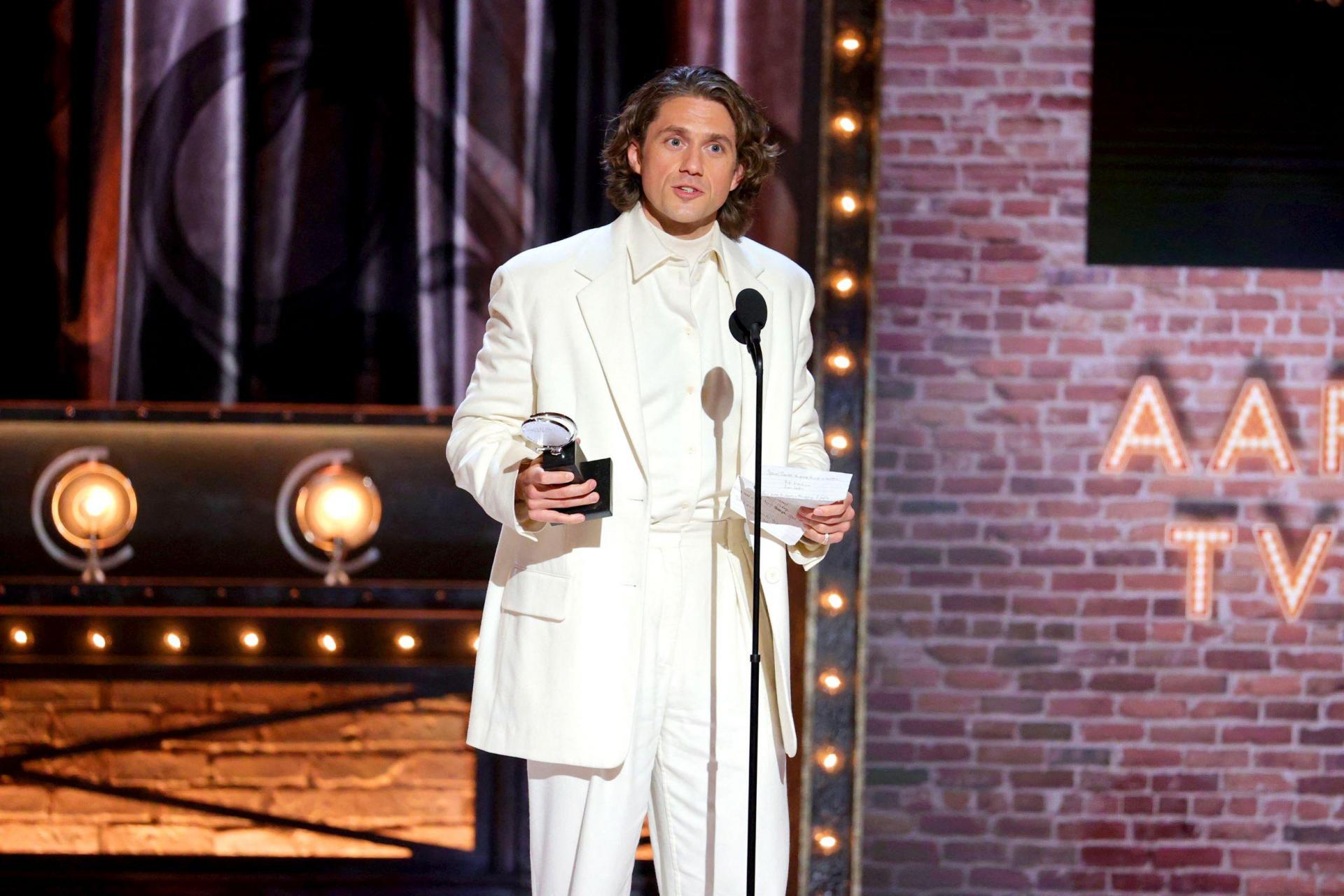 Aaron Tveit accepts the award for Best Performance by an Actor in a Leading Role in a Musical for ‘Moulin Rouge! The Musical’.

Adrienne Warren, who won the Tony for best actress in a musical for her portrayal of Tina Turner in Tina, gave a rousing performance with her castmates.

The Tony for best play went to The Inheritance, a reimagining of the E.M. Forster novel Howards End set in modern-day New York. The play won a total of four awards, including best director for Stephen Daldry.

A Soldier's Play, a look at racism in the US military, won the award for best revival of a play – and also scored an acting trophy for David Alan Grier, one of several first-time winners of the night.

A revival of A Christmas Carol took home five prizes.

This year's honours were a bit different – the number of shows eligible to compete for the 2019-2020 season was pared back considerably when the Great White Way was forced to shut down as the pandemic took hold, especially in New York. 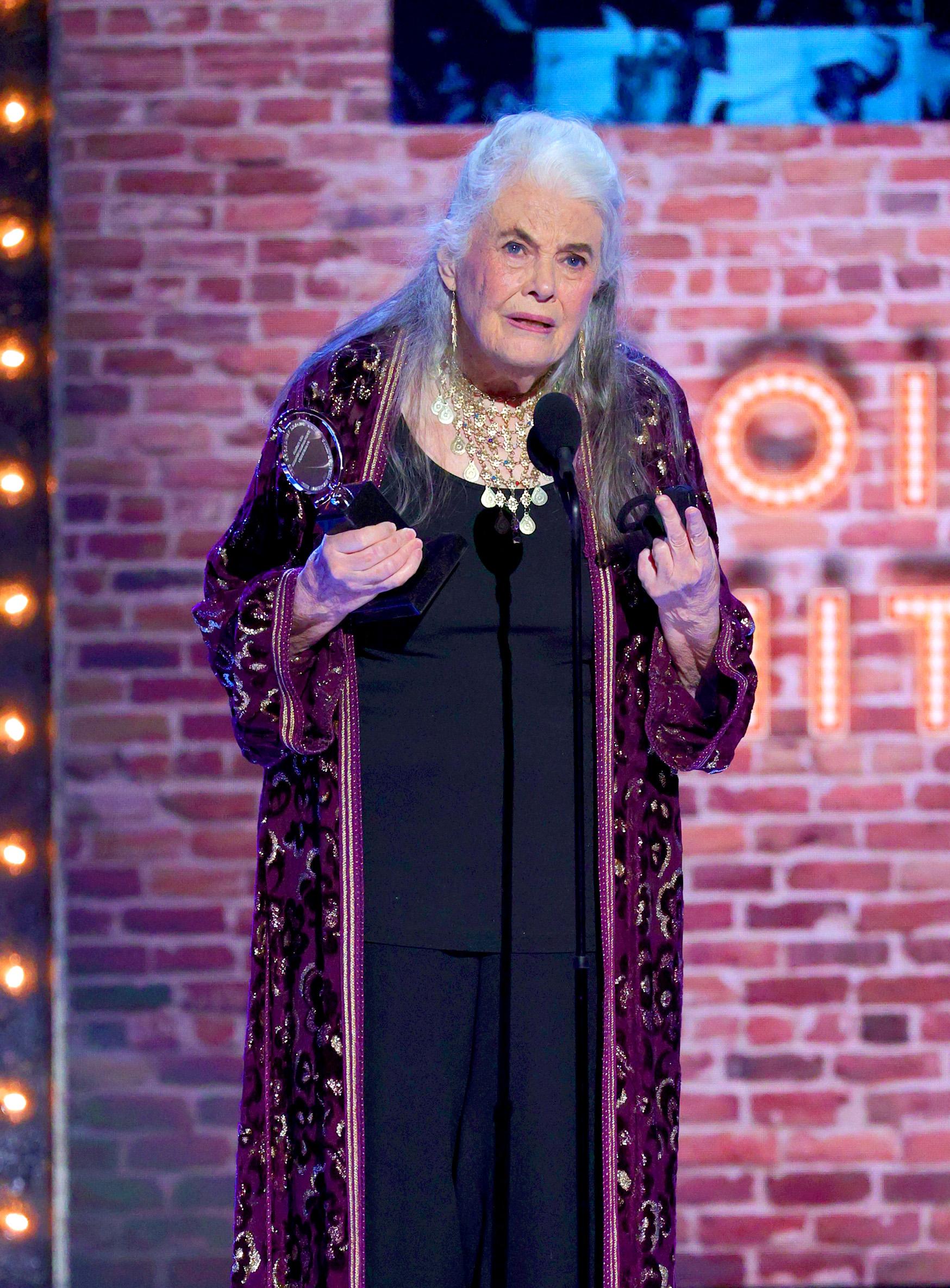 Lois Smith accepts the award for Best Performance by an Actress in a Featured Role in a Play for ‘The Inheritance’.

Several shows have recently reopened, with more to come in the next few months.

"Broadway is back, and it must, and it will be better," actress Audra McDonald, a six-time winner and a nominee again this year, said as she hosted the early ceremony.

In a quirky result, Aaron Tveit took home the prize for best actor in a musical for Moulin Rouge – he was the only nominee but needed to earn 60 per cent of votes to win. He choked up as he accepted his award, his first Tony.

"We are so privileged to get to do this, to be on Broadway," he said.

Among the other first-time winners was Lois Smith, who won for best actress in a featured role in a play for The Inheritance – at age 90. She is the oldest performer ever to win a Tony for acting.