It has proven a productive year of collaborations between the MPO and Hilton Malta, as the two entities conclude the signing of an agreement securing another season of fruitful collaborations.

With the Malta Philharmonic Orchestra (MPO) putting a hybrid model into practice, so as to further its music-making throughout the past two challenging years for the cultural sector, Hilton Malta was crucial in supporting Malta’s foremost musical institution.

“The strength of our partnership with Hilton Malta has been strongly demonstrated over the past years, helping us sustain our digital transformation and internationalisation,” emphasised MPO CEO Sigmund Mifsud.

Leading to a 224 per cent jump in subscribers to the MPO’s YouTube channel, with 32M unique people reached across 46 countries, this digital transformation consisted of over 70 online releases in 2021.

A number of these, such as an upcoming release of Astor Piazzolla’s Libertango featuring Latvian accordionist Ksenija Sidorova as part of the Orchestra Resounds series, were recorded at the Grandmaster Suite at Hilton Malta. Moreover, the hall served as a recording studio for the MPO’s upcoming album recorded by PARMA Recordings featuring music by Borodin, Vella and Vassallo. 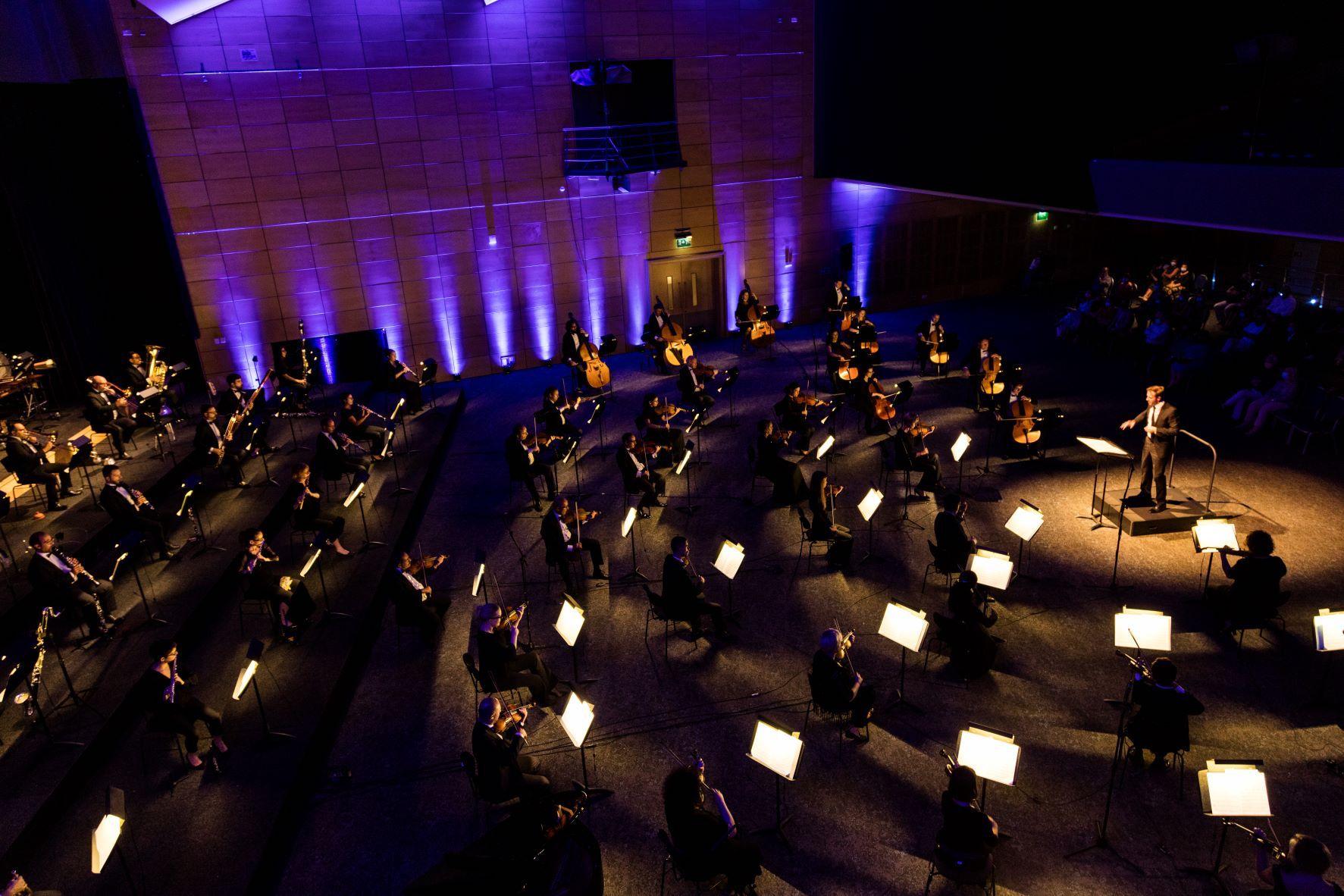 The versatile space at Hilton also hosted live-events such as this concert with Christian Schumann. Photo: Darren Agius Photography

In addition, the venue also facilitated the re-introduction of live-events, with the orchestra presenting sold-out concerts for audiences once again, including Shostakovich 9 with German conductor Christian Schumann and Pictures at an Exhibition with principal conductor Sergey Smbatyan, as the hotel also supports the chair of the MPO principal flute.

Hilton Malta general manager Richard Cuello remarked that “we are delighted to support this pillar of the local cultural and musical scene, and contribute towards making its performances more accessible to loyal fans and new followers alike. We now look forward to the first of many events that will showcase the Malta Philharmonic Orchestra at its second home at the Hilton Malta.”