Rainwater flooding in a pedestrian subway at the Msida skate park on Wednesday morning re-ignited calls for action for the facility to be upgraded and made safer.

University students and others were forced to cross four-lane roads in heavy rain as the water level rose in the subway.

Even getting to the underpass was difficult because of dirty, stagnant water, a pedestrian said. 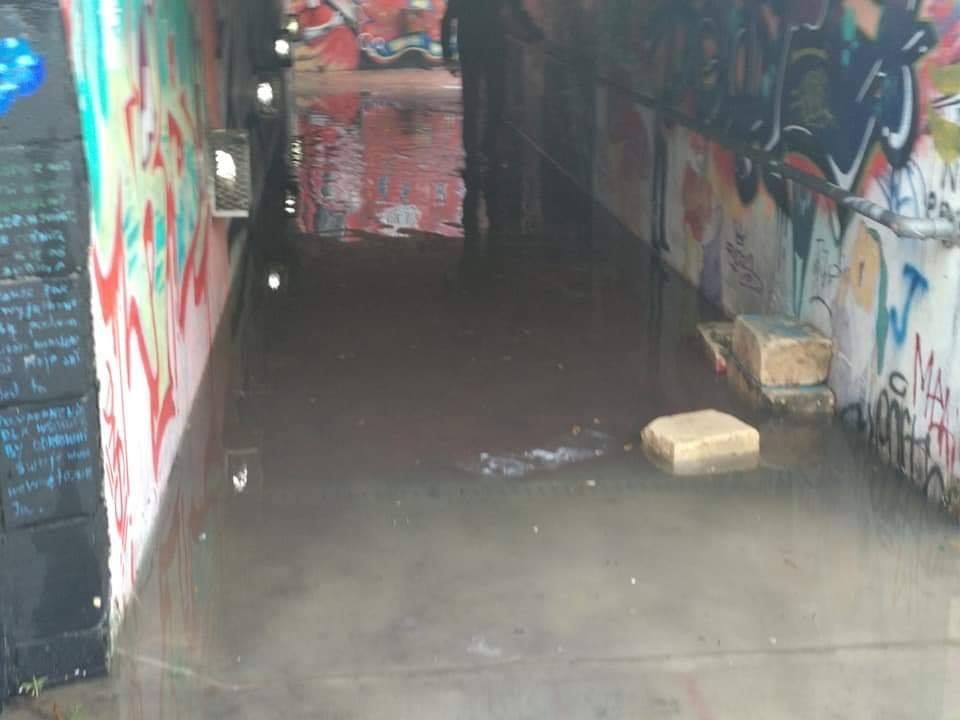 The Bicycle Advocacy Group (BAG) shared pictures of the flooded subway on social media and explained how a cyclist come across three school children attempting to cross.

He was able to ferry the children across one at a time using a rear child seat on his bicycle.

A spokesman for BAG said such flooding occurred practically every time it rained, compounding problems of poor lighting which discouraged people from using the underpass, preferring to cross the busy road instead.

A commenter on Facebook said she could not understand how public funds were spent on the inauguration of the first flyover at the Marsa junction when this underpass was left in such a state.

In 2017, a BAG member also filmed their attempt to cross the subway, finding the entrance partially submerged.

The thunderstorm on Wednesday morning and strong winds overnight also caused damage in several parts of the island.

A number of roads were flooded. Tree branches were snapped in Valletta and rescuers from the Civil Protection Department were deployed to clear them. A number of kiosks were damaged at Sliema seafront.

A yacht suffered a lighting strike in Ghadira Bay.

The unsettled weather is expected to persist till Thursday morning.