The tourism authority is set to demote a senior official who had booked lavish hotel rooms using taxpayer funds.

Lionel Gerada, who heads the authority’s events team, will be stripped of all decision-making powers and his role has been abolished, sources within the MTA told Times of Malta. 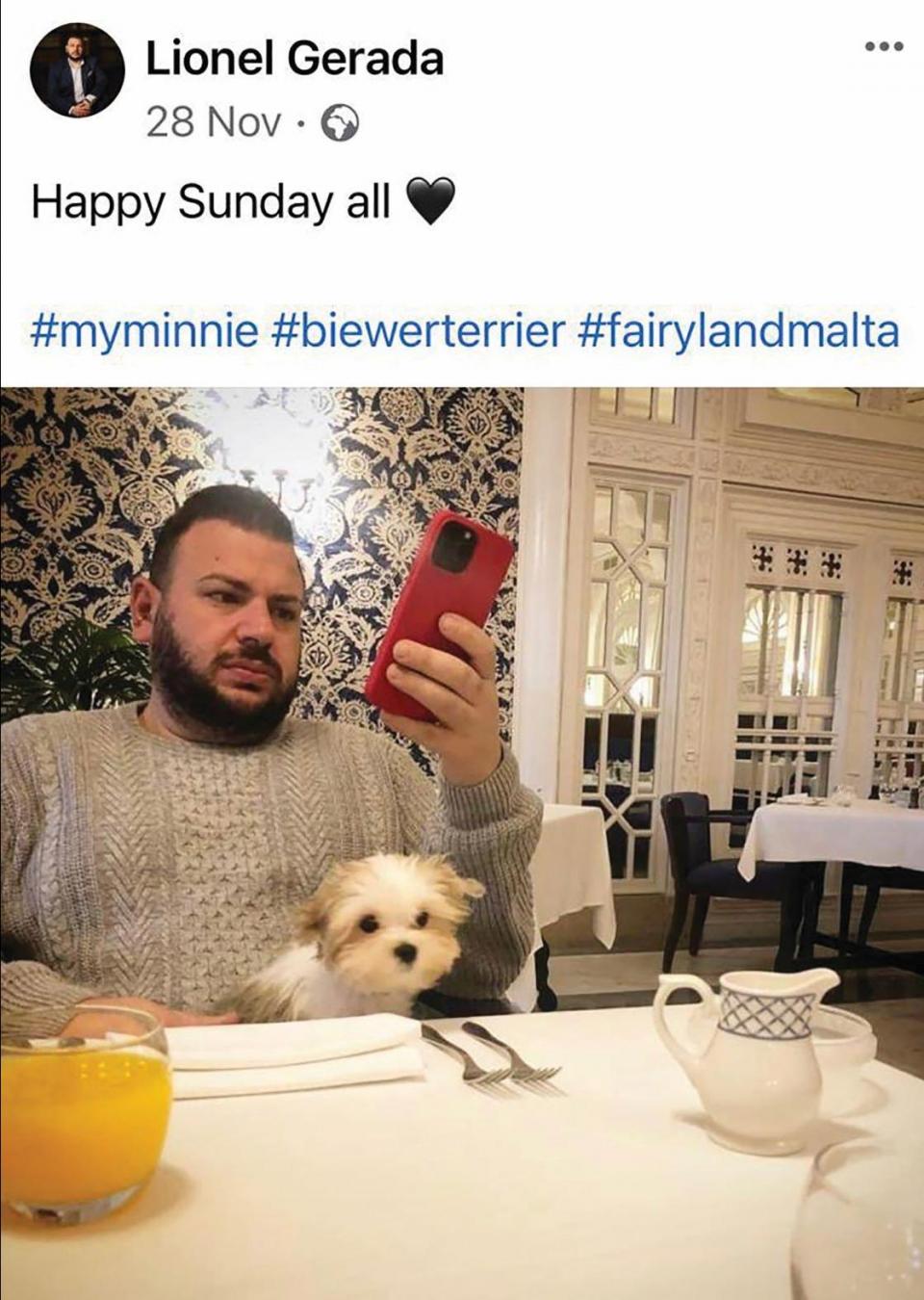 Lionel Gerada had shared a picture of himself at the Phoenicia’s Phoenix restaurant last November. Photo: Facebook

His responsibilities will instead be shared among other department heads.

Gerada’s new position, understood to be responsible for ‘quality assurance’, will see him have no effective decision-making powers and he will not have access to any public funds.

Prior to the demotion, he was described by insiders as practically the second-in-command at the authority.

The disciplinary measure is a step short of sacking Gerada, a move sources said had been on the cards in recent weeks.

It comes after Times of Malta in December reported how MTA staff had repeatedly stayed in expensive Valletta hotels at taxpayers’ expense during entertainment events organised last year.

The MTA’s events team had decided to stay at the prestigious Phoenicia Hotel for the two-week duration of the Christmas attraction, Fairyland, which the entity organised outside City Gate, Valletta.

It is understood that the MTA staff were told to change plans by the Tourism Ministry after receiving press questions. However, a suite was still used by Gerada, who justified it by telling his superiors that the room was used for “logistics” and to store cash takings from the Christmas attraction.

A canvasser of former tourism minister Konrad Mizzi, Gerada was recruited as head of events in 2018 when Mizzi was politically responsible for the entity.

Since then, he has faced allegations of awarding the lion’s share of public MTA contracts to a close network of individuals.

His demotion has not yet been formally made, however, staff were briefed about it this month. It is not known whether his pay has been docked.

Replying to questions sent, a spokesperson for Tourism Minister Clayton Bartolo only said that “Lionel Gerada still holds the position of head of events”.

Taking to Facebook on Sunday morning, Gerada also insisted he was still head of the authority's events team.

He wrote that he is currently in Dubai on MTA business.

Sources within the MTA said he had travelled to the emirate because he had organized an event there.  His demotion, they added, would be going ahead.

It turns out that the Phoenicia jaunt was not the only pricey hotel stay.

The events were a performance by the BBC Concert Orchestra in September and another by renowned DJ Pete Tong the following week.

MTA staff booked two rooms at the Gomerino Hotel, a boutique establishment on Valletta’s St Paul Street, and another two rooms at 66, St Paul’s, a hotel and spa in a recently renovated 17th-century palazzo.

The MTA did not say how many nights the rooms had been booked for, nor did it provide a full breakdown of the cost, but a spokesperson for the authority confirmed that the accommodation cost €165 a night per room.