• ‘Possible distortion’ of tendering process by late inclusion of security of supply agreement, ensuring minimum revenues and security of revenue

• All project risks transferred to government

The Electrogas bid to build a power station did not comply with minimum requirements to win the lucrative contract on “multiple instances”, an investigation by the National Audit Office (NAO) has revealed.

In a 500-page report presented to Parliament on Wednesday, the Auditor General found various shortcomings in the 2013 selection process that eventually saw Electrogas win the contract to build a new power station and supply electricity to the national grid.

Former Energy Minister Konrad Mizzi had described the selection process as a “rigorous” one.

While the National Audit Office (NAO) said material shortcomings were found in the Electrogas bid and that of the other shortlisted finalist, the Endeavor Consortium,  both bids were deemed  to be materially complete.

The report found that the selection committee only referred matters for legal consideration with respect to the Electrogas submission.

This difference in treatment was of concern to the NAO for it indicated that the level of assurance sought with respect to the bid by Electrogas was not applied in the case of the bid by the Endeavor Consortium.

Despite the “considerable number of instances of non-compliance with the minimum requirements” noted by the stage two evaluation committee, the submissions by the ElectroGas Consortium and the Endeavor Consortium were recommended to proceed to the ensuing stages of evaluation, the Auditor General said.

In the report, the NAO acknowledged that the stage two evaluation committee was “limited in terms of options available” to it, and in the circumstances, allowing for the rectification of deviations from the minimum requirements at a later stage in the process represented a reasonable course of action.

The NAO noted shortcomings in the funding guarantees submitted by Electrogas as well as a €20 million shortfall in the required total investment and “limited evidence” of firm committed from suppliers to provide gas during the term of the project.

The NAO found the final assessment of the two bids in the fourth stage of the process was overseen by Nexia BT managing partner Brian Tonna and two other Nexia BT employees.

Nexia BT is the financial advisory firm that set up the secret Panama companies for Tourism  Minister Konrad Mizzi and the Prime Minister’s chief of staff Keith Schembri.

A leaked e-mail authored by Nexia BT said the two Panama companies were to receive payments totalling $2 million from 17 Black, a Dubai firm recently revealed as being owned by Electrogas investor Yorgen Fenech.

The Auditor General investigated whether Mr Tonna’s role in the selection process constituted a conflict of interest, as Nexia BT served as auditors for GEM, the company through which Tumas Group, Gasan Group and CP Holdings hold their shares in Electrogas.

Another 8 per cent of GEM’s shares in Electrogas are held personally by Yorgen Fenech, through another company audited by Nexia BT.

The NAO said in its report that it was unable to corroborate with the MFSA information supplied to it by GEM stating that Nexia BT only took up their role as auditors in 2014, after the selection process.

A “conservative estimate” by the NAO found energy generated by the new Electrogas power plant to be on average €50.64 per unit more expensive than the Malta- Sicily interconnector. 13.4.9

In its report, the NAO said the “conservative” €50.64MWh variance in the two prices did not take other expenses incurred by Enemalta as a result of the contractual agreements into account. 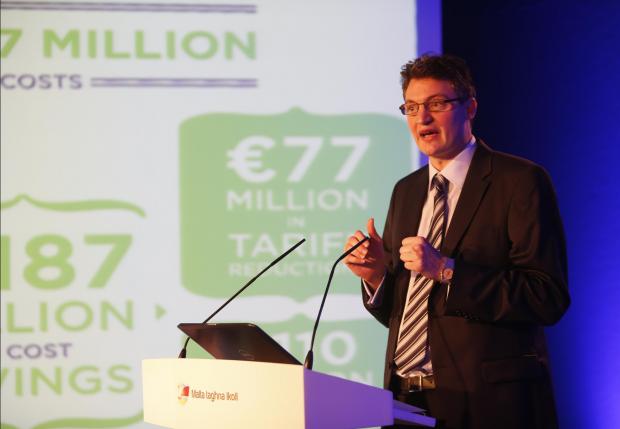 It did however note that capital costs to build the interconnector were also no factored in to the calculations.

Auditor General concludes that #Malta Power Station process was transparent and serious. Confirms #Electrogas choice was right one for consumers. Dispels allegations of corruption and conflicts of interest. Expect @PNmalta spin. But report is in #english language for all to read.

The NAO said a review of Enemalta’s purchasing strategy found there was “ample scope” for improvement in the purchasing decisions undertaken.

According to one NAO cost simulation, Enemalta could have saved €10 million over a 15-month period if it employed a better purchasing strategy.

Serious concerns were raised by the Auditor General about the “significant risk” government exposed taxpayers to by extended a €360 million guarantee on a loan taken out by Electrogas to finance the building of the power station.

The report said a default on this guarantee would have caused cross defaults in all outstanding government guarantees.

It said the guarantee was “irregular” in terms of the applicable guidelines at the time, as these guidelines did not contemplate assistance provided directly to private enterprises by way of financial security.

What was termed as the “late inclusion” of a security of supply agreement guaranteeing the winning bidder minimum revenues and guaranteed revenues was also analysed by the NAO.

While expressing agreement with the European Commission’s verdict that the contracts awarded to Electrogas did not constitute unlawful state aid, the NAO said it did not have differing comments from the Commission about the late inclusion of the security of supply agreement potentially distorting the tendering process, and therefore not assuring the winning bid represented the least cost to consumers. 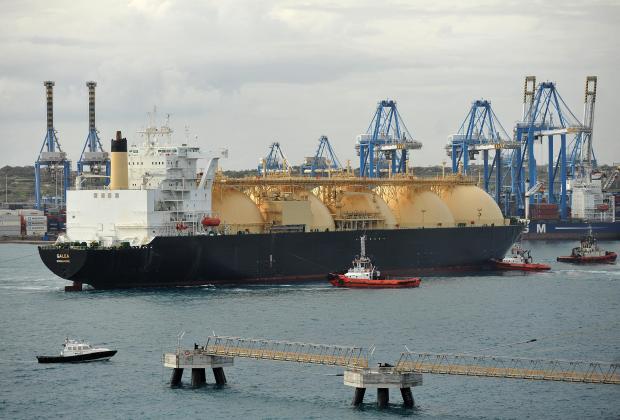 Although all bidders were informed about the potential security of supply agreement, the nature of the changes and their timing drew the NAO’s concern, for they “drastically altered” the nature of the contractual relationship that was to be entered, rendering the risk to revenue for the selected bidder inexistent.

The Auditor General said all risk was transferred to Enemalta and government, which were obliged to buy 85 per cent of the annual contract quantity of either power or gas, irrelevant of requirements.

It was in Enemalta’s interest to disclose all conditions favourable to the prospective bidders to encourage competitive tensions between companies bidding for the contract, the NAO said.

The NAO also noted that no mention of the government loan guarantee subsequently given to Electrogas was made in the request for proposals or selection process.

'A model of best practice' - Mizzi

Within minutes of the report being tabled in parliament, Minister Mizzi uploaded a brief video on Facebook in which claimed that the NAO report confirmed that the evaluation process was "fair and transparent" and that auditors had described the project as an "model of best practice for these kinds of projects".

"The NAO report completely demolishes the Opposition's claims of corruption in this process," the minister said.

'Tampered with from day one' - Delia

Reacting in parliament, Opposition leader Adrian Delia said that the NAO report was proof that the whole deal had been "tampered with from day one".

Dr Delia challenged the Prime Minister - who insisted the report proved everything had been done transparently - to make a statement on the report findings.

"There are 200 million reasons for Konrad Mizzi to go," the PN leader said. "The ball is now in the Prime Minister's court".