French prosecutors have opened a murder investigation into the death of Palestinian leader Yasser Arafat.

Arafat died in a French military hospital in 2004 of what doctors called a stroke. 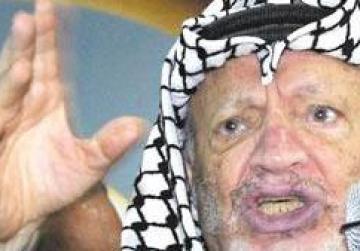 Longstanding rumours in the Arab world have said he was poisoned.

His wife, Suha Arafat, filed a legal complaint in France after Arab satellite TV channel Al-Jazeera broadcast the results of an investigation into her husband's death.

That included tests of objects that Mrs Arafat said belonged to him.

A Swiss institute detected elevated traces of polonium-210 - a rare and highly lethal substance - on the belongings, but said the findings were inconclusive.

A judge will be named to investigate.