The Prime Minister said today that he had asked Home Affairs Minister Manuel Mallia to resign in the wake of the shooting on November 19 by his personal driver.

He said Dr Mallia was not involved in any attempted cover-up but he should have ensured that a statement issued by the government shortly after the incident was accurate, and he should have corrected inaccuracies immediately. Dr Mallia will be handed the inquiry report by three retired judges before giving his decision.

The Acting Commissioner of Police, Ray Zammit has been replaced by the head of the Security Service, Michael Cassar after he was found negligent in the handling of the case. Mr Zammit can return to his former post as assistant police commissioner.

No fault was found in the actions of Silvio Scerri, chief of staff at the Ministry of Home Affairs, and Kurt Farrugia, head of communications at the Office of the Prime Minister.

Dr Muscat said the inquiry by the three judges has established that there was an attempt to cover up the shooting by the driver of Home Affairs Minister Manuel Mallia, Paul Sheehan, and people close to him. 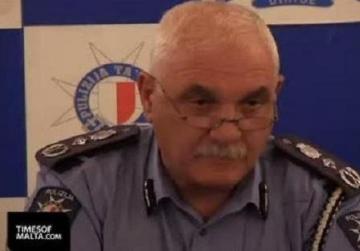 However this was not a case of political cover up.

Persons identified as involved in the cover up were Inspector Gabriel Micallef and others arraigned in court.

On Acting commissioner Zammit, Dr Muscat said failings and his course of action helped strengthen the cover-up claims. He was grossly unprofessional in carrying out his duty.

He had therefore informed Mr Zammit that he was being  removed from Acting Commissioner. Michael Cassar will be nominated as Police Commissioner after public service commission procedures. But he will assume the post tomorrow and Joseph Bugeja will take up secret service head role. 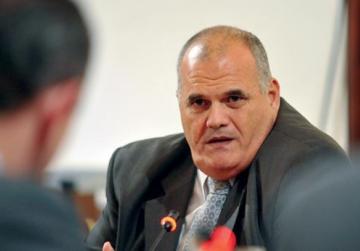 In: Michael Cassar will head the police force

On Manuel Mallia, Dr Muscat said he was not involved in in the cover up nor was there a link between him and the cover-up by people close to Pual Sheehan.

But Dr Mallia failed when he was responsible for the statement (which falsely said warning shots were fired in the air) and he should have ensured the statement was accurate.

Once he learnt there were inaccuracies, Dr Mallia was wrong when he did not issue a clarification immediately despite having been notified of the mistake. It was a small mistake but it helped the situation to continue to boil over. 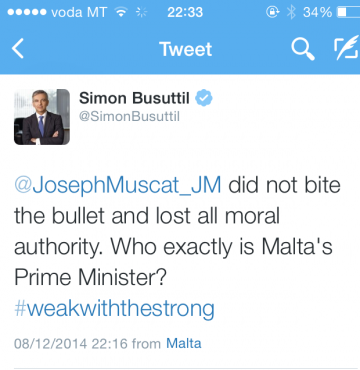 Dr  Muscat said Silvio Scerri, the chief of staff at the Home Affairs Ministry, did not appear to have been involved in any attempted cover up.

Kurt Farrugia, head of communications at the Office of the Prime Minister, was also not involved and the inquiry report indicated he acted correctly in his line of duty.

Kurt Farrugia had been constantly talking to the Acting Commissioner to verify information.

Dr Muscat said he had asked for Dr Mallia's resignation. "I am giving him chance to see the report and take the necessary decision."

He would be awaiting Dr Mallia's decision. Next developments could happen tomorrow morning.