Updated 7.35pm - Prime Minister Joseph Muscat and new PN leader Adrian Delia discussed the future of Air Malta, the granting of the free vote on sensitive ethical issues and Vote 16 when they met for the first time this afternoon.

Dr Muscat welcomed the new PN leader to his office at Labour headquarters.

The two joked as they shook hands before the meeting.

On leaving the meeting Dr Delia said he had discussed three main issues with Dr Muscat, the future of Air Malta, the possibility of the government giving a free vote on sensitive issues, and vote 16.

On Air Malta he said the future of the airline was of critical importance to the country. He said that the uncertainty that the current situation was presenting was damaging.

He said he had implored the prime minister to consider allowing a free vote on sensitive ethical issues.

On lowering the voting age to 16 he said the two parties were in agreement.

Dr Delia said he had also discussed the government's invitation for the PN to form part of a committee on future waste management issues. He said he wanted to clarify what the committee would be doing but did not comment further.

Dr Muscat said that today's meeting was a confidence-building exercise after the ‘bitter’ relations he had with Dr Busuttil. He hoped this was the start of a more constructive relationship with the new PN leader.

On Air Malta, he said the PN would be given a government briefing in the coming days.

Asked about the possibility of the granting of free votes in Parliament on ethical and moral issues, Dr Muscat said there could be no free vote on matters which were in the electoral programme. However, on other issues, the matter could be discussed within the PL structures.

Dr Muscat was also questioned on hunting in view of the shooting of protected birds. He said he was aware of the law-breaking by a few, but thousands were obeying the law. He said it was up to the Ornis Committee to give recommendations to the government. 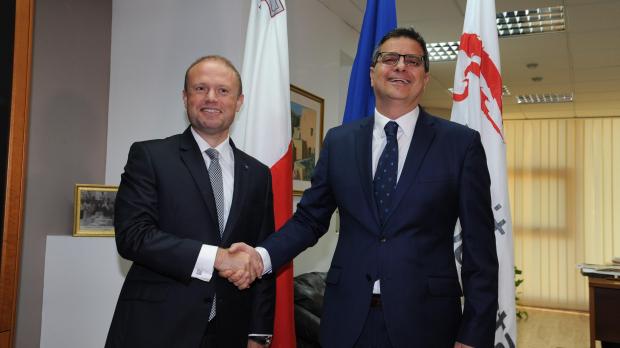 Before the meeting started, Dr Delia said the two had never met before and they were therefore starting from ground zero. He hoped they would have a healthy and productive relationship where they would agree and disagree as long as there was one winner,- the Maltese people. He said the Opposition would be firm and constructive and his policies would be based on hope and opportunity and not division and hate. The two parties, he said, would be adversarial, not enemies.

Dr Muscat said he hoped he would have a positive working relationship with Dr Delia.

He hoped that where they disagreed this would be on points of principle, on how they wanted to take the country forward in the best interest of the people.

"And why not, those moments where we disagree are all part of healthy political debate," he said.

Dr Muscat said the challenges that lay ahead where generational and needed debate.
"With this in mind what I hope for is understanding. Understanding on where each party stands and what we believe," he said.

Dr Muscat had announced his intention to invite Dr Delia to a meeting as soon as he was elected. But the meeting could not take place before Dr Muscat returned from New York, where he addressed the General Assembly of the United Nations.

Speaking at the PN Independence Day meeting, Dr Delia had denied claims on some media that he had turned down Dr Muscat's invitation, saying he was not afraid to meet the Labour leader.

Dr Muscat and then new PN leader Simon Busuttil had exchanged visits to their respective headquarters in May 2013. They had agreed that their two parties should hold open-agenda meetings every two months, an agreement which never came to fruition. 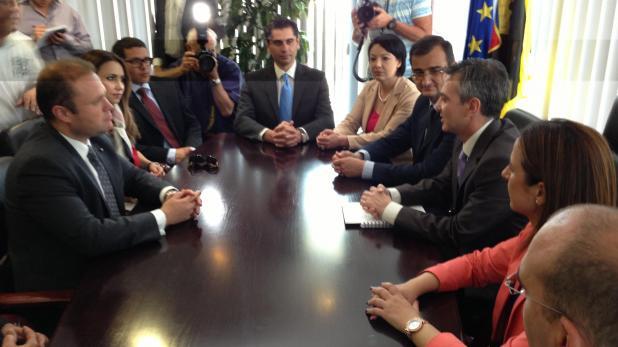 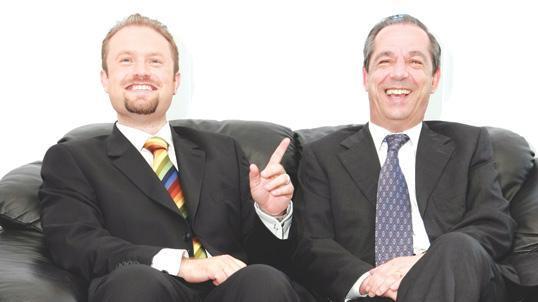