Prime Minister Joseph Muscat has pledged to continue working as Prime Minister "with more vigour", one day after his hopes of making it to the European Union's top table were dashed.

Speaking to the press in Prague, Dr Muscat said that he would not comment on talk about him having been one of the names touted in the race to nominate new presidents for the EU's various institutions.

Brussels insiders told Times of Malta that the Maltese prime minister was never a genuine contender for one of the Brussels posts, and Dr Muscat's name was also conspicuous by its absence in online discussion fora such as Twitter.

One person who did suggest that Dr Muscat had come "very close" to succeeding Donald Tusk as EU Council president was his own spokesman, Kurt Farrugia.

So what are Dr Muscat's options?

1. Stay on as prime minister

Dr Muscat had said before the 2017 general election that he had no intention of contesting another election, after two terms at the helm of the country.

However, he has never said at what point he would step down – a crucial matter, as his successor would need time to build up their own support.

It is, of course, possible that he had made the promise because he thought he would get a top job in Brussels. With that prospect no longer in the pipeline, he might well change his mind and stick around as prime minister.

Dr Muscat speaking to the press.

Dr Muscat seemed to hint at that option on Wednesday, telling the press he would continue in that job "with more vigour".

That might delight some members of his Labour team, like MP Edward Zammit Lewis, who has said that with Dr Muscat at the helm, the party is the “Real Madrid of politics”.

In February 2018, Dr Muscat had reiterated his intention to step down – but this year, a group of supporters led by former Labour Party president Manwel Cuschieri, former GWU secretary general Tony Zarb and former Labour official Guza Cassar started a petition asking him to stay on.

Fl-Interess ta’ Malta managed to get 500 signatures within hours but the figure has not been recently updated.

2. Wait for San Anton Palace to be vacant

A long shot. President George Vella has only just finished unpacking and it will be five years until the post is vacant again.

But that does not mean he might not be a hopeful; after all he would not be the first prime minister who leaves one domestic limelight to take up another.

3. Keep an eye on Brussels

The headline vacancies appear to be wrapped up, but there will soon be a vacancy for a European Commissioner. That comes with a salary of around €22000 a month, numerous allowances and a very good pension - useful when you want to take the family on holiday to Dubai.

A new Commission is appointed every five years, within six months of the elections to the European Parliament (in this case, last May), and there are 28 Commissioners, shifting down to 27 once the UK exits the European Union.

The member states’ nominations are scrutinised by the European Parliament at a collegial – not individual - level, and the Commissioners would take up their posts in November. 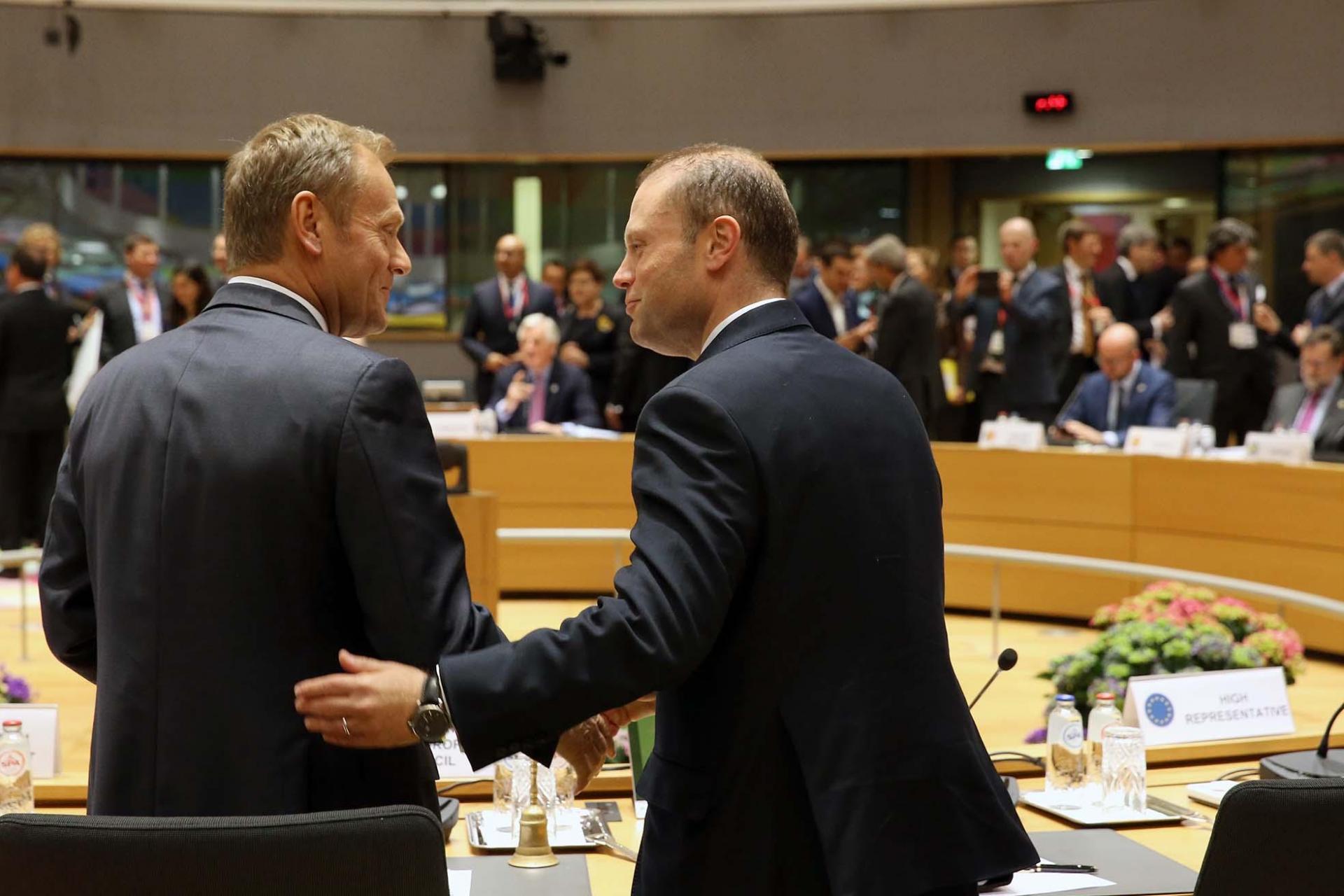 As a sitting prime minister, Dr Muscat could expect to land a significant portfolio and would also harbour expectations to be named one of the Commission's first vice-presidents: a somewhat ceremonial title, but which comes with a marginally higher wage packet.

The current commissioner, Karmenu Vella, had been nominated by the Labour Party in 2014, and holds the Environment, Maritime Affairs and Fisheries portfolio. However, Dr Muscat could get any portfolio the president of the Commission decides on.

Hardly, at the age of 45. But he could retire from politics, taking up a career in the private sector. He holds a Doctorate of Philosophy in Management Research and before becoming prime minister, he had worked as an investment consultant.

But how would that compare to what Japanese organisation guru Marie Kondo would describe as the ‘spark of joy’ that comes from posing with French President Emmanuel Macron?

5. The world is his oyster

There are plenty of other posts coming up around the world, from the vacancy at the International Monetary Fund once Christine Lagarde leaves - admittedly an unlikely destination - to the Commonwealth Secretary General, who has to be replaced in 2021.

It is unlikely that he would have his eye on the post of Secretary General of the United Nations, given that – according to Wikipedia – “most Secretaries-General are compromise candidates from middle powers and have little prior fame”.