Addressing supporters during a farewell tour in Gozo accompanied by his wife Michelle, Dr Muscat said he was comfortable offering his loyalty upfront as he knew the qualities of both men vying to take over the Labour leadership.

Deputy Prime Minister Chris Fearne and Cabinet consultant Robert Abela have both thrown their hat in the ring.

Dr Muscat said he was confident whoever won the leadership contest would correct past mistakes and keep the Labour movement moving ahead.

He appealed to all those eligible to vote in the leadership contest to cast their ballot to send a strong political message about the strength of Labour’s internal democratic processes.

In a snipe at the Nationalist Party, Dr Muscat said that while others had been irreparably divided by leadership contests, the Labour Party would emerge united from its own. 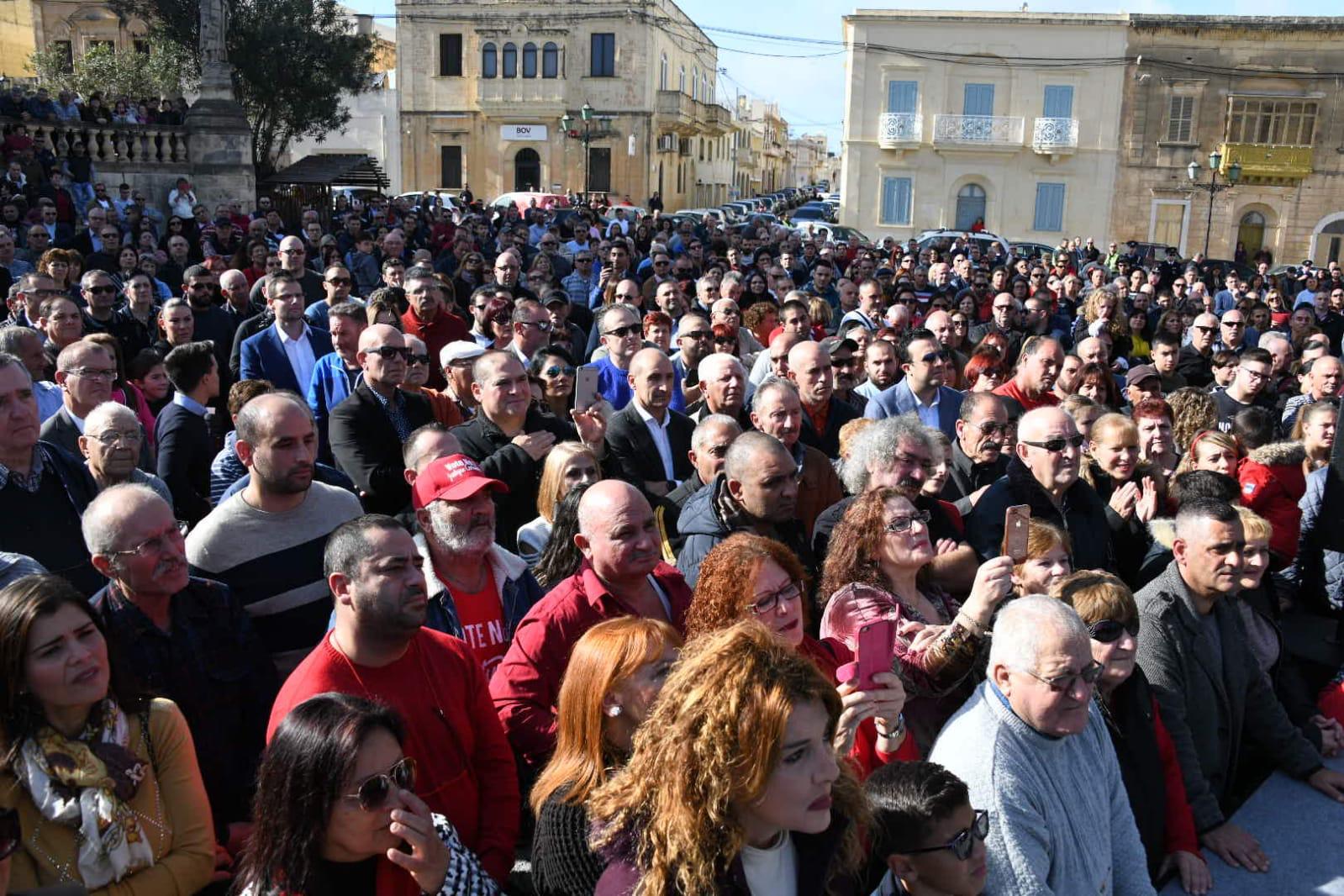 Dr Muscat boasted about leaving the next Labour leader and prime minister a strong economic base.

He said his own journey as prime minister started off by inheriting deficits and debts.

Dr Muscat said he had left his successor with a surplus and €600 million in the social development fund. The fund is financed by passport sales.

He said the next prime minister would balance spending and saving as required.

Dr Muscat said he was proud to form part of the Labour movement, and vowed he would continue to do so, albeit without taking a frontline role.

He said the next prime minister would need the necessary space to tackle the government’s shortcomings and build on its many successes.

Dr Muscat said he had faced many “lies” about himself and his family during his time in government.

“I have no regrets taking the hits to defend all of you. We did this because it was our duty. This does not mean we did not hurt when unjustly targeted. It was part of public life. You need a thick skin”, Dr Muscat said.

Dr Muscat said the “love” he felt from Labour supporters helped him get through the many “lies and attacks” he faced.

“We are not bitter. We do not want to let the attacks make us hate. This country did not need more hate”, Dr Muscat said.

The outgoing prime minister also spoke about the need for national unity.

He said while some protests were “just”, other were not so.