Etoile and Soleil Muscat were all smiles as they posed with AC Milan players before the match.

The Prime Minister, an ardent AC Milan supporter, was also present at the stadium.

But the Muscats' presence brought little luck - AC Milan went down 1-0 to Fiorentina after a stunning strike from Federico Chiesa. Gennaro Gattuso's Milan, who completed three Serie A games without scoring, gave a disjointed performance.

Dr Muscat later uploaded a picture of his family at the famous Milan stadium on Instagram with the caption: "A painful, but still beautiful day at AC Milan".

It is not known whether Dr Muscat's political nemesis, Italy's deputy prime minister Matteo Salvini (also an AC Milan), was also present at the stadium. 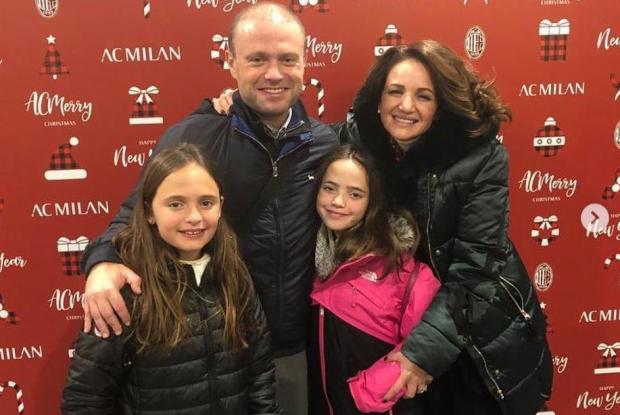