Prime Minister Joseph Muscat and his family racked up the air miles in 2018 but their travels appear to have had little effect on their bank balance, with Dr Muscat declaring the same amount for the fifth year in a row.

In a financial declaration to Parliament last month, Dr Muscat declared €75,000 in his bank account – the same balance he has been declaring since 2014.

Public records and open sources indicate the Muscat family took regular trips abroad last year, once even turning an official visit to Australia in April 2018 into an extended family holiday.

The Muscats appear to have taken at least three ‘pure’ family holidays that were not combined with official trips or Mrs Muscat’s charity work. The family of four visited Rome in May 2018 to see the Coppa Italia final between Juventus and the Prime Minister’s favourite team Milan.

September saw the family jetting off to Greece and they returned to Italy around the Christmas period.

In July 2018, the Muscats appeared to combine charity-related work by Mrs Muscat in the US with a trip to Chicago by the Prime Minister and his children.

A request for information from the Prime Minister about the costs of all these trips and how they were funded was not answered by the time of writing.

After tax and national insurance, that leaves the Prime Minister with around €44,000 in hand. This figure also factors in a tax rebate for sending his children to a private school. He did not declare any credit card debt.

According to the most recent household budgetary survey, published by the NSO in 2015, an average family with two dependent children spends around €29,000 annually.

This NSO figure assumes that an average family spends €1,416 on education. The Muscats’ school fees amount to around €8,000, not including other expenses like books, uniforms and extra-curricular activities, which will not be factored in for the sake of keeping the estimate conservative.

Just taking the €8,000 in school fees, less the €1,416 education expenditure figure already factored into the NSO survey so as not to inflate the overall number, takes the family’s spending up to €35,584 annually.

Around the world with €40k

The €35,584 figure, going on the household budgetary survey estimates, assumes an average Maltese family would spend €5,000 on leisure activities. These activities are bundled into two broad categories named restaurants and hotels, with an average spend of €2,324, and recreation and leisure with an average expenditure of €2,603.

To avoid double counting, The Sunday Times of Malta is removing the €2,324 from the €35,584, although doing so also loses the Muscats’ local spending on restaurants. 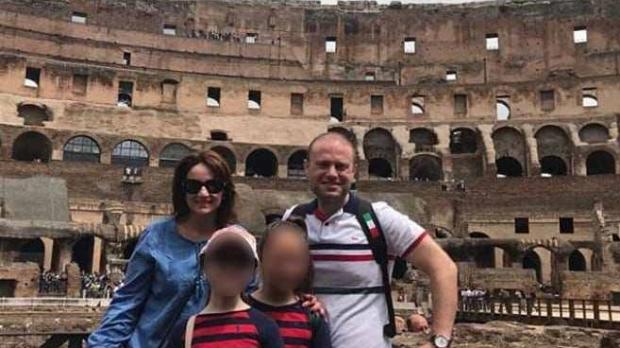 The Muscat family shared this photo of their trip to Italy in May 2018.

This would leave the Prime Minister with €10,740 as a ‘holiday fund’ from his net salary before having to resort to his savings.

The frequency of the Muscats’ trips abroad undoubtedly put them above that of an average family.

According to Eurostat figures released in 2018, Maltese residents spend an average of €646 per holiday.

Using this figure as a baseline would mean the three family holidays in Greece and Italy would put the Muscats’ spending at an estimated €3,876. This estimate factors in the spending of two adults.

Estimating the expenses of the Australia and Chicago trips is more difficult, as it is not known to what extent the Muscats paid for flights, accommodation and spending money for each trip.

Estimates by The Sunday Times of Malta based on the cheapest economy flights show the Muscats would have spent just under €4,500 for flights to these two destinations.

Accommodation and spending money for Australia and Chicago would easily have come in at another €1,000, bringing the Muscats’ estimated overall holiday spending to €9,376, or 21.3 per cent of the Prime Minister’s net taxable income.

Given that Dr Muscat’s ‘holiday fund’ stood at €10,740, this conservative estimated spending would have left him with €1,364 from his salary.

The Muscats also took their children to London for Commonwealth Day in March 2018, although no details were forthcoming about who paid for the children’s travel and accommodation expenses.

Other expenses in the life of the Muscats vis-à-vis the average in the household budgetary survey are harder to estimate. The survey puts annual spending on clothing and footwear at €2,641. Given the Muscats’ penchant for fashion, their spending on such items could conceivably be higher than that of an average family. 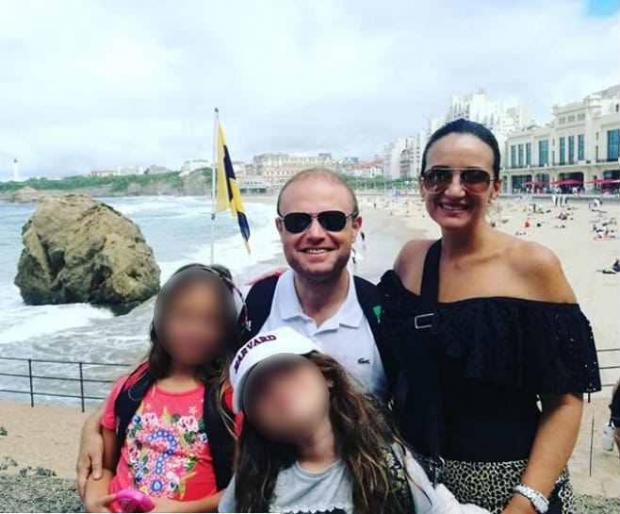 The Muscats visited Chicago in July 2018, and shared a photo of the trip on social media.

Transport makes up €4,500 of the figure in the survey, but the Muscats’ transport costs are likely lower as both parents make use of State cars. The survey attributes costs of €2,058 to housing, water, electricity gas and other fuels. Again, these costs could be lower as the Muscat family does not have a mortgage to pay.

In 2017, the PN had raised questions about whether the Prime Minister had additional sources of income after a leaked receipt showed Dr Muscat paid €11,000 to stay in an exclusive Dubai hotel in March 2016, when the Panama Papers scandal was still emerging. 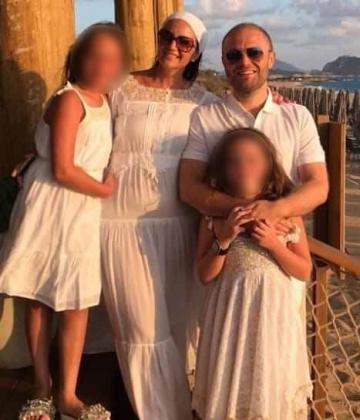 A family trip to Greece. This photo was shared by the family to social media.

The Prime Minister had defended the trip for his 20th wedding anniversary, saying it was paid for using his own credit card.

The unanswered questions put to the PM

Can you tell us if:

■ The PM has any cash holdings, cryptocurrency holdings or deposits with Revolut?

■ How many holidays on average the PM and his family take a year, and how much they cost?

■ Can you confirm that the PM pays €8,000 a year on tuition for his children?

■ Does his wife Michelle have any income?

Follow up questions also asked for a list of how the Muscat family’s trips abroad cost and how they were funded. 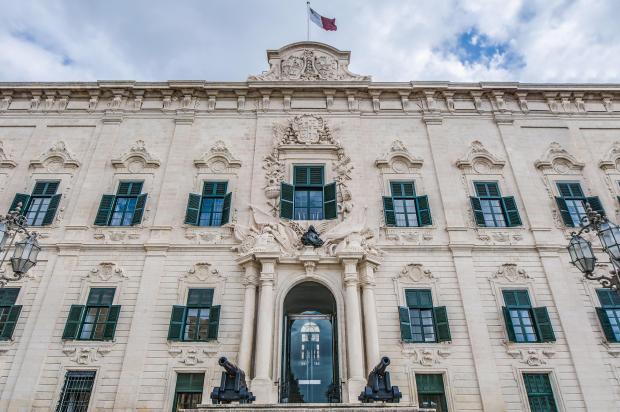 In a 'right of reply', a spokesman for the Office of the Prime Minister accused the The Sunday Times of Malta of continuing "in a vein that was started when the Egrant lies" had been bandied about.

He said the Prime Minister’s income is all listed in his declaration of assets and holds no other income than what is publicly declared. The choice of schooling of the children is the family’s prerogative and falls within the family’s budget.

He accused the journalist of "mixing up" trips on official duties with the Prime Minister’s family holidays and said such information was available on open source information such as Parliamentary Questions.

"It is shameful that the newspaper keeps using the same deceptive tactics before fact-checking, while trying to intermingle official duties with purely family matters. Facts have always belied such tactics," the OPM said.

The Sunday Times of Malta story was based on the annual filings MPs have to make to Parliament as well as publicly available information about the Prime Minister’s pay. MPs list their financial interests, and not their income, in such  declarations.

The story mentioned five trips. It was clearly stated that the two trips to Italy and the trip to Greece were family holidays.

Costs for the official Australia trip were calculated on the assumption that the Muscat family paid for their daughters to join, as confirmed in the right of reply.

The costs for the Chicago trip were calculated on the assumption that the Prime Minister and his two daughters joined his wife, who was carrying out charity work in the United States.

The Sunday Times of Malta’s report was based on trips made in 2018.