This year, Gaulitana: A Festival of Music is coming to its listeners’ homes with a series of online performances. Festival manager Pierre-Louis Attard speaks with Gabriele Spiller about the new classical music experience starting on May 19 as part of the event’s 14th edition.

“Flexibility is the order of the day”, says Gaulitana festival manager Pierre-Louis Attard. It is fortunate that he and his father Colin Attard, the festival’s artistic director, were already prepared.

After the cancellation of the 2020 festival and the postponement of the 2021 edition at short notice due to the pandemic, this time round, they played through different options from the beginning. “It has become a hybrid festival,” says Attard, “and there is something for every music lover.”

This year’s festival will take place as a series titled Virtually a cappella, kicking off on Wednesday, May 19.

The title alludes to solo performances (without accompaniment) in different chapels, with four online recitals, each lasting approximately 20 minutes, offering a musician the opportunity to perform in one of Gozo’s enchanting sacred places. 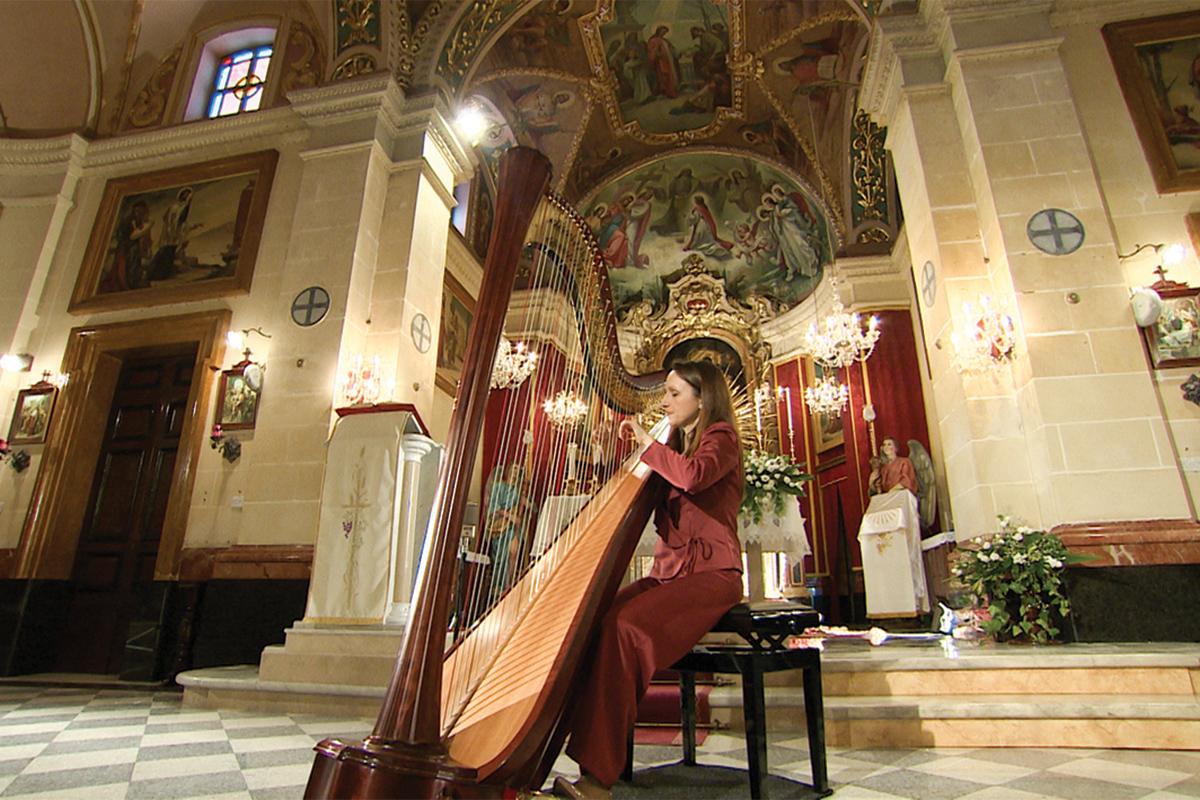 Caroline Calleja will open the festival at the Santa Luċija church.

One of Malta’s leading harpists, Caroline Calleja, will open the festival as she presents Caprice at the Santa Luċija church.

The evening’s music is programmatic for the whole series, emphasising the inclusion of works by Maltese composers. In this case, Christopher Muscat sets the tone.

“Since we can be received internationally via Facebook and the Gaulitanus website, we also want to bring something of our cultural heritage to the world,” says the festival manager. The other concerts will feature works by the internationally renowned Charles Camilleri and Joseph Vella, but also Attard himself. 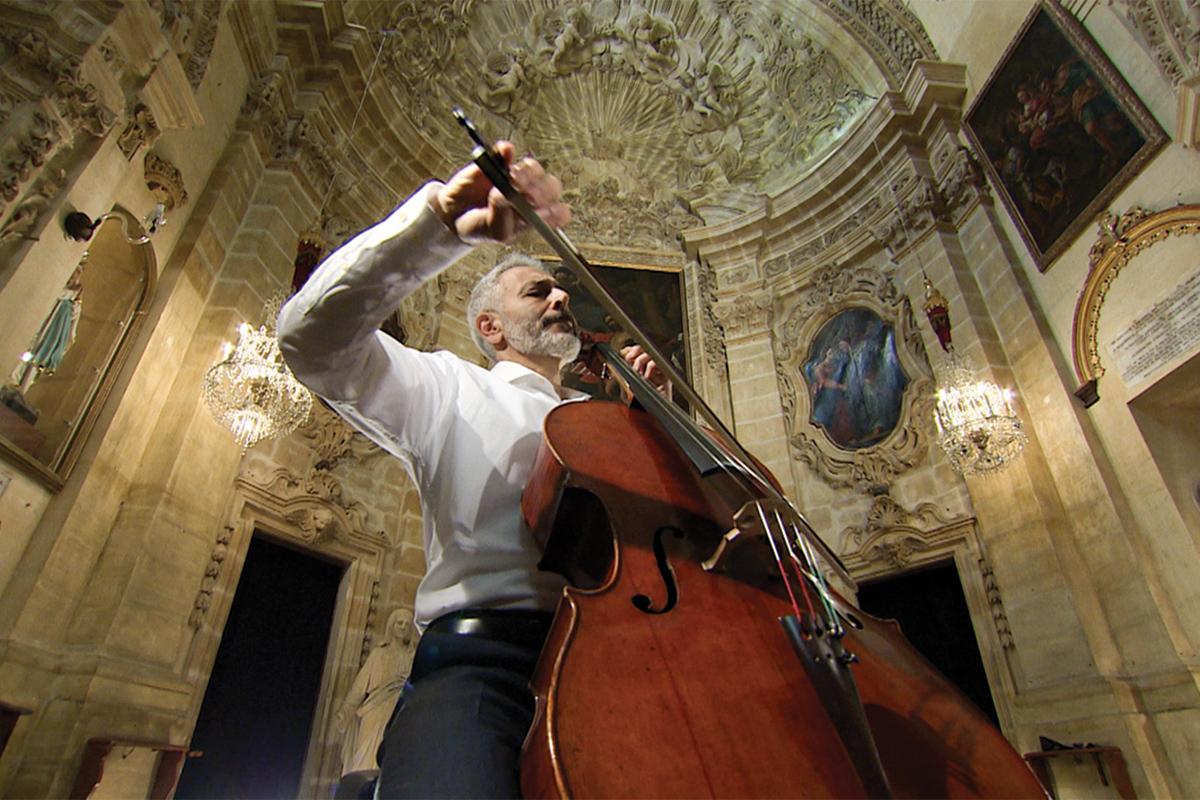 Simon Abdilla Joslin, on the violoncello, will perform at the Museum of Sculpture (Old Church) in Xewkija.

The 27-year-old violinist will present his composition Fantasia in the Sanctuary of the Immaculate Conception in Qala. Other performances include Simon Abdilla Joslin, on the violoncello, at the Museum of Sculpture (Old Church) in Xewkija and Philip Attard, on the saxophone, at Taż-Żejt church in Għarb.

“It makes a difference to perform without an audience and not be able to communicate with other musicians,” says Attard, “but we are happy to have found a solution to not cancel the festival completely, despite the ongoing restrictions.”

Attard grew up in a highly musical family, with his father Colin and great-uncle, the late Joseph Vella, being just two of the best-known exponents.

“Eventually, aged five, it was also my turn to start learning the violin and piano with Marcelline Agius and with my uncle Stephen Attard respectively,” he recounts.

“In due course, I opted for the violin as my main instrument, and later on also picked up the viola. My brother and I had to go to Malta every week for lessons, rain or shine,” continues Attard.

“I attended violin lessons together with my older brother Jean-Noël, who now works at the Malta Philharmonic Orchestra.” 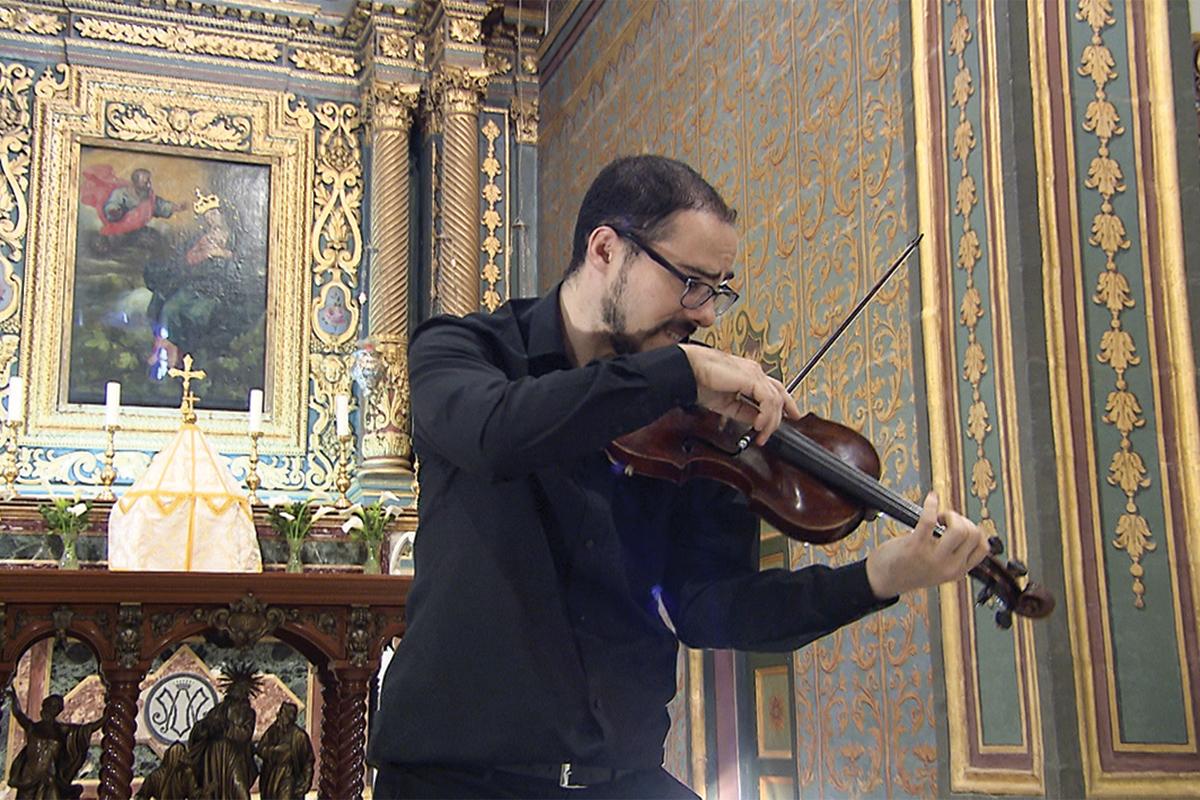 Gaulitana festival manager Pierre-Louis Attard will present his composition Fantasia in the Sanctuary of the Immaculate Conception in Qala.

Attard continued his studies at the age of 18 after being offered a scholarship at the Ian Tomlin Academy of Music in Edinburgh. Consequently, he read for a master of music degree in performance at the Royal Welsh College of Music and Drama in Cardiff.

“Of course, working closely with a family member, especially with a parent, often means having frequent heated moments”, he admits. “However, one also grows from the artistic confrontations, ultimately to the benefit of all.”

The Gaulitana festival of 2021, which marks its 14th edition, will thus be a special experience for a worldwide audience. The festival is an awardee of the prestigious EFFE label of the European Festivals Association and principally supported by the Gozo Cultural Support Programme of Arts Council Malta and the Ministry for Gozo.

Virtually a cappella will be streaming on May 19, 26 and June 2, 9 at 7pm on www.facebook.com/gaulitana and Gaulitana’s YouTube channel. The series will remain available on the festival’s digital platforms.