On the occasion of the 50th anniversary of Ta’ Xbiex as a parish, it is interesting to look at the locality’s origins and history.

First and foremost the locality’s name, etymology and the relationship between the two, or its ‘borgata’, remains an enigma.

Various suggestions have been made but none, so far, have been fully accepted or convincing. They include “ta’ xbiek” (netting), “tbexbix” (dawning), “xawbas” (a thorny shrub) and “Saba” (a Byzantine name that probably used to be pronounced “shabash”).

Ġużè Aquilina had said that it “probably” emanates from vulgar Arabic “xawbas” or “sawabax”, referring to an agent or official responsible for an expansive area of land.

According to the renowned Agius de Soldanis the aforementioned word “xawbax” is a “vocabolo di una pianta o lido di Malta”. To be more correct, “xawbax” is a sort of wild bramble known as spinnery in English, from the Latin “spina”, evidently a thorn. Such plants have existed in our country ever since the Quaternary Period. Although there is no valley in Ta’ Xbiex, close by lies what was once the mouth of Wied Għollieqa, a valley that would have provided ideal conditions for a bramble to thrive in.

The oldest known reference to Ta’ Xbiex goes back to 1513 when a document in the Archivio di Stato di Palermo refers to Ta’ Xbiex as “Sabese”. Some 40 years later, in 1555, Pietru Caxaro mentions the locality when he wrote “Ta Xabux in contrata ta Bircarcara”. Much later, in 1721, a document at our National Library referred to the locality as “Ta Xibiese”.

What surprises me most is Godfrey Wettinger’s assertion that Ta’ Xbiex may refer to, or may have referred to a piece of land belonging to a person known as Sabas, the name of a Byzantine saint. It is pertinent to point out that before the arrival of the Knights in Malta, the country was in a very slight way still attached to or influenced by its Byzantine or Byzantinesque past.

The oldest known reference to Ta’ Xbiex goes back to 1513

St Saba was a Byzantine hermit of the sixth century who formed part of a hermitical community. The community had to flee when Muslims invaded and destroyed their abodes. Several members of the community escaped to Rome where they built a beautiful church dedicated to St Saba. Some followers of St Saba might have stepped onto our shores and thereby, as Wettinger implied, this name may have been bequeathed to a person called Saba or even perhaps bequeathed to the locality itself.

Another proposition is that Ta’ Xbiex derives from the feminine name Sciabase that appears in a 1697 document at the National Library referring to the daughter of a certain Mehmet who was a slave who lived in Malta. But we do not know how, where or why this might have had any connection with Ta’ Xbiex. 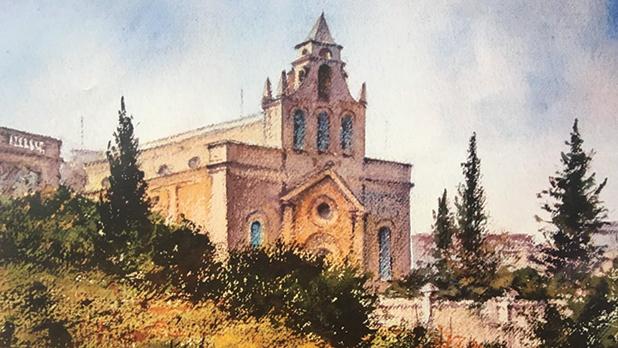 As mentioned earlier, quite close to this locality lies at the end of Wied Għollieqa. In spite of the presence of wild bramble in this valley the name does not emanate from “għollieq” but probably derived from the original Arabic name “Ullica”; thus its proper name should be “Wied Ullica” or perhaps “Wied Ulliqa”.

The same thing happened to the name of another valley – “Wied Għomor”, which has nothing to do with longevity of life because it originally referred to another Arabic name – “Omar”; hence it should have been called “Wied Omar”.

Moving on from these etymological conjectures I was happy to find out during my research that, prior to any thought of inhabiting or ‘developing’ this locality, someone built a chapel on what was once an almost desolate peninsula way back at the end of the 16th century. Some even dared to call it a “church”! It was dedicated to St Francis of Assisi and might even have been erected earlier, because by 1595 it had a rector, Attilio Micallef, followed in 1598 by Leonardo Bonavia. In 1595, the ‘patriarch’ of the Testaferrata line – Ercole Testaferrata – was entrusted with certain obligations towards the upkeep of the feast of St Francis at the chapel.

Mgr Vincent Borg, in his monumental five-volume Melita Sacra – particularly that of The Maltese Diocese during the 16th century, refers to the chapel as a “giuspatronato di San Francesco Ta Xbiex seu tal Cassis in contrata Bieb il Gzira”. He goes on to describe various details of the feast celebrated at the chapel.

Like many other chapels its fate was sealed when it fell into disrepair and had to be pulled down or abandoned. It is not known where it was located in Ta’ Xbiex.

Another interesting snippet about Ta Xbiex’s distant past is provided by the annals of the great plague of 1676. It is recorded that a saintly priest, Fr Giovanni Battista Zammit, heroically used to assist all those who  fell victim to the plague, disregarding the terrible risk of infecting himself. It is recorded that he did not think twice about assisting a young man who fell victim to the plague and was dying in a farmhouse in Ta’ Xbiex. In spite of it being 10pm, the priest went to the young man’s side to administer him the last rites. We do not know what happened to the man or Fr Zammit but we do know that his assistant died on April 7, 1676, after suffering the terrible fate of infection.

This last snippet shows what real heroes are made of. Following this 1676 episode, Ta’ Xbiex seems to have ‘slept’ undisturbed for two centuries until it was ‘discovered’ in the first decades of the 19th century when the locality started to be embellished by beautiful architecture, long before big cranes and massive concrete crept in with a vengeance. 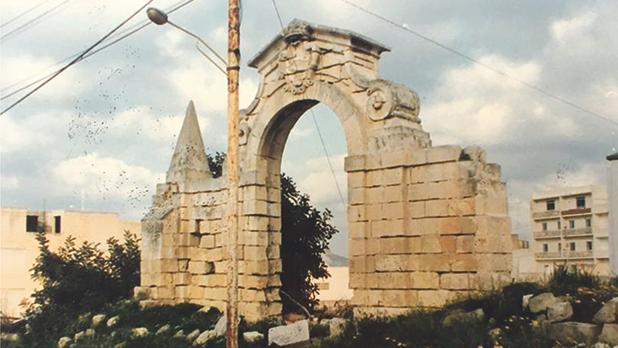 The original entrance gate to Ta’ Xbiex (‘Bieb il-Gżira’?) – pulled down during the last century.