Vanessa Macdonald pens her hardest piece ever – about living with an alcoholic and losing a husband, a father and a friend.

I once stole my husband’s shoes. Not just one pair, you understand. All of them. The flip-flops, the sports shoes, the wing tips.

I thought that if he didn’t have shoes, he would not be able to go out of the house to buy alcohol.And I so desperately wanted to stop him from doing that.

It didn’t work, of course. When he eventually came around from the previous day’s drinking, nothing was going to stop him. Faced with his rage, I went to the car and dragged back the suitcase.

When you sit there at 2am in the shambles of your marriage, your family, your life, it is funny what thoughts creep in.

I stole all the money in the house another time – even the ubiquitous jar that you find in every kitchen full of 1c and 2c pieces.

And then I woke up again at 4am, sitting bolt upright in a cold panic because in his office drawer was the new company cheque book, which had arrived a few days earlier in the mail.

When you live with an alcoholic, it takes over your whole life. When he doesn’t answer his phone, your life goes into slow motion as you weigh up the options: Is he busy, in traffic, distracted? Is he passed out, is he hurt, or is he dead?

At the beginning, I used to go and look for him, dropping everything at work to drive around, and asking my son to do it when I couldn’t. Then one day, he refused. It was pointless, he said. But my heart bled for my beloved husband of almost 30 years… What if he had hit his head, crashed, vomited?

Things had come crashing down so fast. We had been together for 30 years, living on three continents, supporting each other’s careers, bringing up two lovely children, having adventures, travelling the world.

He had set up his own company in Malta in the early 1990s, building up a loyal clientele of people who admired not only his technical expertise but also his integrity. Money was never a motivation; gaining respect was.

We bought a boat and spent months alone together cruising, never tiring of each other’s company, saving up for a round-the-world cruise once the kids were on their own way. 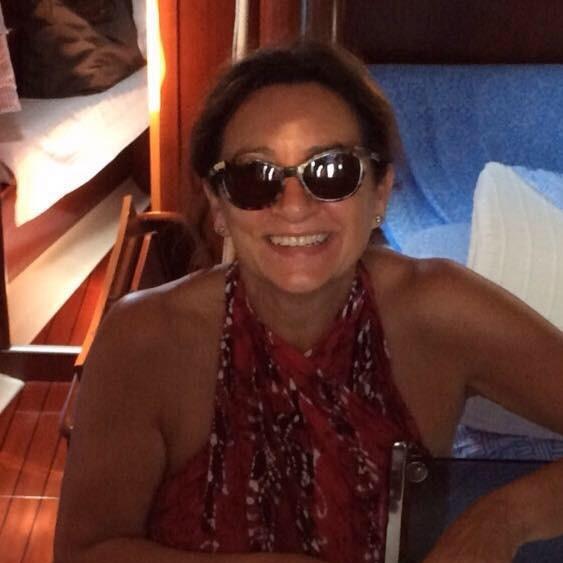 We danced and laughed and threw memorable parties with friends, at home, or on our beloved boat.

And then he had a breakdown. It hit us all hard as he had always been so easy-going, but as middle age menopause hit, he began to dwell on his own father’s premature death, going through bouts of depression. How did we not realise how serious it was?

About a year later, I had made him a cup of tea and put it next to where he was sitting on the sofa and realised that he had hardly touched it. Just as I walked towards him, he keeled over and fell flat on his face to the ground.

When you sit there at 2am in the shambles of your marriage, your family, your life, it is funny what thoughts creep in.

It was my first time in an ambulance, and as we sped through the dusk, I was vaguely aware of the reflection of the blue light on the cars pulling to one side, the siren wailing, the paramedics trying to resuscitate him. I caught the word ‘stroke’ and froze. At Mater Dei, seven or eight people came and went, tests were done, tubes connected, he was wheeled away, brought back. Hours passed without change; no response. Text messages kept coming in: What was happening? How was he?

And then the medical team disappeared, one by one. There he was, unconscious, non-responsive and no one was paying any attention.

I was furious, grabbing someone by the arm as they passed by. They looked wearily at me and said: “He hasn’t had a stroke. He has alcohol poisoning. He must have drunk a whole bottle…”

Can you actually hear your life crumbling?

He had hidden his drinking so well, as most alcoholics do. We had ignored it just as effectively, as most of us do when faced with the unbearable. There was nowhere to hide any longer.

Years before, I had done an interview as a journalist with Al Anon, the support group for the relatives and friends of alcoholics. I reached out, and within an hour was sitting with my angel, who handed me a well-thumbed book of daily readings, and told me about the three Cs: you did not cause, you cannot control and you cannot cure.

Even as she said these things to me, she knew that I would resist this advice. Why else would I have stolen his shoes? The urge to stop people you love from self-destructing is so hard. So brutal.

I went to one of the Al Anon meetings. I listened, in a state of despondency that hung over me like a heavy blanket, thinking that these people had such terrible stories, so much worse than mine. How were they laughing about tragedy? How were they coping?

The first step – from the same 12 that alcoholics themselves follow at AA – was haunting: “I have to admit that I am powerless over alcohol.”

I read the book my angel had given me for days and days, I spent hours online reading about it and I finally realised what it meant. Alcohol had already deprived my children of their father. They deserved to have one normal parent.
My days could no longer be about whether he was drinking or not: the minute I let my guard down, then alcohol was destroying my family’s life as much as it was his.

At Al Anon, each and every week for years, I had it drummed into me that we needed to have compassion.

How do you not allow rage and despair to take over when he has completed six whole months in rehab, and then stops at a supermarket on the way home to buy a bottle?

How can you understand that the urge to drink was so strong that he walked out of the house with potatoes still bubbling in the pot on the stove?

How do you keep hope alive, when you see him bravely struggle over and over again to stop, going to rehab, going to AA, only to relapse a day, a week and – in one case – two whole years later?

How do you love him on the days that he is sober when dread of the inevitable relapse is constantly hovering over your shoulder?

And how can you feel compassion when you feel so alone?

What had I done wrong? Why could I not stop him? How could he do this if he loved us?

They say an alcoholic destroys the lives of 10 people, and as time passed, I could see the rage, the shame, the guilt in those who loved him, who felt the same way I did, tortured by the sober times when we looked into his eyes and saw the man he still was.

We lied so often. About why he missed family occasions and work appointments. People would play along. No one talks about alcoholics.

One time, a group of close friends sat with me, one of them holding my hand, the other handing over tissues, as self-pity engulfed me. One of them, anxious to help, suggested a film she had seen about an alcoholic, Crazy Heart, saying it might force him to face facts and shake him out of his denial.

I bit her head off.

We lied so often. About why he missed family occasions and work appointments. People would play along. No one talks about alcoholics.

Years later, I ran into her and apologised, but it happened so often. Everyone wants to think there is something that can be done, some magic word, some epiphany, that you can love them enough, stop them.

That other ‘C’: you can’t control.

All you can do is learn coping skills. I learned that the best way to deal with self-pity, that most unproductive of emotions, is to indulge it. Set yourself an appointment with yourself later in the day, and park it.

By the time that appointment crops up, you can’t remember why you needed it.
Don’t be hard on yourself. Your life is in turmoil. It is OK to admit that you cannot cope. Scale down your expectations. Cope for a day. Cope for an hour. Cope for 10 minutes.

Police turning up at your door. More ambulance trips. Hospital visits. Meetings with psychiatrists, psychologists, psychotherapists. Friends who cut you off because they don’t know what to say. Birthdays, Christmases, graduations, births, all with a person missing.

But mostly the pain of watching someone kill themselves, one bottle at a time. He refused help, didn’t turn up for dinners, he let his health deteriorate.

Mac died last year, aged just 63, having gone in and out of hospital a dozen times in just six months. Each time, he was warned, treated, cared for, loved.
Each time he came back out, he had to face the self-loathing of what his life had become, all that he had lost, all that he was too ashamed to deal with.

My daughter had the courage to tackle the elephant in the room. She posted on Facebook: “Last night my father succumbed to the complications of alcoholism. While yesterday marks the end of his battle, today we are mourning and remembering the wonderful man we lost eight years ago before the disease.
He was the greatest father – with the silliest sense of humour and the strongest shoulder to cry on. He was humble, generous, loving and patient. We had endless adventures and he never really did stop dreaming about the next one… It’s hard to imagine him anywhere but on the sea. Keep sailing Daddy Cool.”

But we also learned the fourth ‘C’: compassion.