Parents at a Sliema school have been told not to send their severely allergic children to class with a life-saving EpiPen, because teachers are unable to administer the medicine.

Katarina Rafajova said she received a call from teachers at St Claire’s College Sliema Primary informing her that her five-year-old son Luca did not have permission to bring the injector to school.

Luca suffers from severe allergies to peanuts, cashews and hazelnuts. His paediatrician has warned he is never to leave the house without an EpiPen, which delivers medication for children who go into anaphylactic shock.

Ms Rafajova said she was instructed by the school staff and later the head teacher that no one was trained in first aid to administer it and that in the case of an allergic attack they would call an ambulance.

“Waiting for an ambulance rather than treating Luca with an EpiPen could mean he will die,” she told Times of Malta.

“How am I supposed to send my child to school and have my mind at rest when I know he isn’t safe?”

The school head teacher was not available for comment when contacted by Times of Malta. However, the staff confirmed that there was no first aider present in the school.

Ms Rafajova and another parent in the same class told Times of Malta they both signed a form the previous year giving permission to first aiders in the school to administer the EpiPens to their children.

However, this year they were both told the agreement was void since there were none on site.

Ms Rafajova said she was first alerted to the issue when a teacher called her to say medications had been found in Luca’s bag that he did not have permission to carry.

They were his EpiPen and antihistamine syrup.

When a person goes into anaphylactic shock, their face and throat swell and they struggle to breathe as their body reacts to the allergen.

In worst-case scenarios, they may lose consciousness and go into cardiac or respiratory arrest.

The onset of symptoms can be immediate and in severe cases, if they are not treated in time, they can die within 15 minutes.

Ms Rafajova wrote an e-mail to the Education Directorate asking whether it was legal to have no first aiders in public schools.

“If every employer is legally obliged to have a first aider on site, how is it possible for a school not to have one?” she asked.

“I don’t see how in a public school full of kids zero first aiders can be an appropriate number. Apart from allergies, I am sure that in a school the risk of injury is always present and all parents want to feel their children are safe and that someone will try help if need be.”

The response she received did not answer her question. Instead, she was directed to put in an official request for a nurse to administer medicine to her son.

Rita Catania, the director of Voice of the Workers Union, said not all State schools have a nurse present at all times. The standard procedure in that case is that a nurse visits the school for a few hours to administer any medicines the child needs, she said. 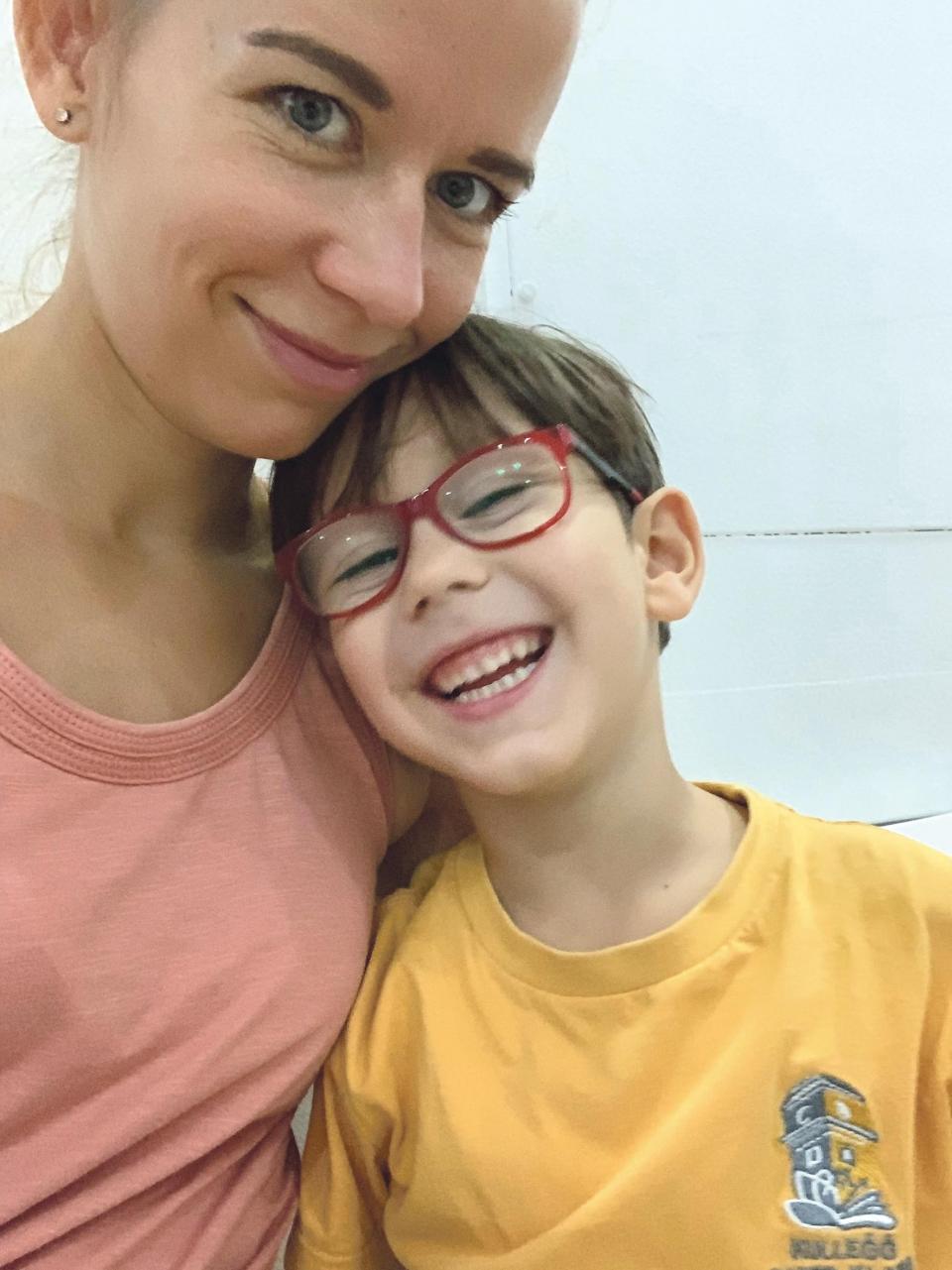 Katarina Rafajova and her son Luca, who has a severe nut allergy and whose paediatrician has warned that he is never to leave the house without an EpiPen.

However, most schools should have a health and safety officer who is trained in first aid, and who should be able to administer the EpiPen, she added.

In 2014, an agreement between the Malta Union of Teachers and the Education Ministry had regraded teachers who were appointed as school first-aiders.

This had followed a directive given to teachers by their union not to administer medication such as the EpiPen in view of a legal vacuum.

A spokesman for the MUT said that in spite of a provision for schools to have first aiders to administer EpiPens, the responsibility carried by educators who provided this service was such that few educators were taking this role.

This was resulting in schools without first aiders.

The spokesman noted that this provision was separate from holders of first aid courses as there was specific training on the use of life-saving medicines.

Last year the MUT flagged a situation where the first aiders available were not being provided with training to administer such medicines.

"Unless the framework regarding responsibilities is addressed, schools will have no first aiders in the coming years.  The high risks involved in working with students are leading to such situations," he said.

Asked whether it was mandatory for public schools to have first aid trained personnel, the Education Ministry did not respond.

However, administering the EpiPen is not covered in first aid training, according to the first aid course coordinator of the Red Cross, Sean Mawdsley.

“Since it breaks the skin it is considered invasive and so we are not authorised to train people how to administer it,” he explained.

He explained that people were fearful of helping out due to the lack of legislation regarding first aid.

This had led to a legal grey area, particularly in schools, which could be the reason why teachers are reluctant to administer the EpiPen, he added.

What is an EpiPen?

EpiPens contain a single dose of epinephrine, which is injected into the outer thigh.

The medication is also used for diabetic, epileptic and asthmatic children.

The device is used by holding the pen firmly, pressing the orange tip into the thigh and keeping it there for 10 seconds. Upon removal, the orange tip covers the needle again.

Have you experienced similar problems with your children's school? Get in touch on newsroom@timesofmalta.com .