Olena Chaplytska cannot speak to her mother. Although they are both Ukrainian, her own mother does not believe Olena when she talks about the war in their country.

The mother, who lives in Crimea, was pleased when she heard Russia had invaded Ukraine.

“I cannot speak to my mother anymore. She will not believe me,” said the 36-year-old Olena.

The Ukrainian woman, who has been living between Malta and Kyiv since Russia annexed her home region of Crimea eight years ago, said she was first robbed of her country and now risks losing her family.

"They are trying to tell their relatives the truth about the war. They do not listen. Maybe because of propaganda”- Olena Chaplytska

“I used to… I guess I still do in a way…  have a mother and a sister. But they live in Crimea. And, for eight years, they have been told horrible things by [the Russian] propaganda.

“Right now, as hard as it is, I cannot talk to them. We cannot be a family any more”.

She recalled her mother’s reaction to the news of the Russian invasion. 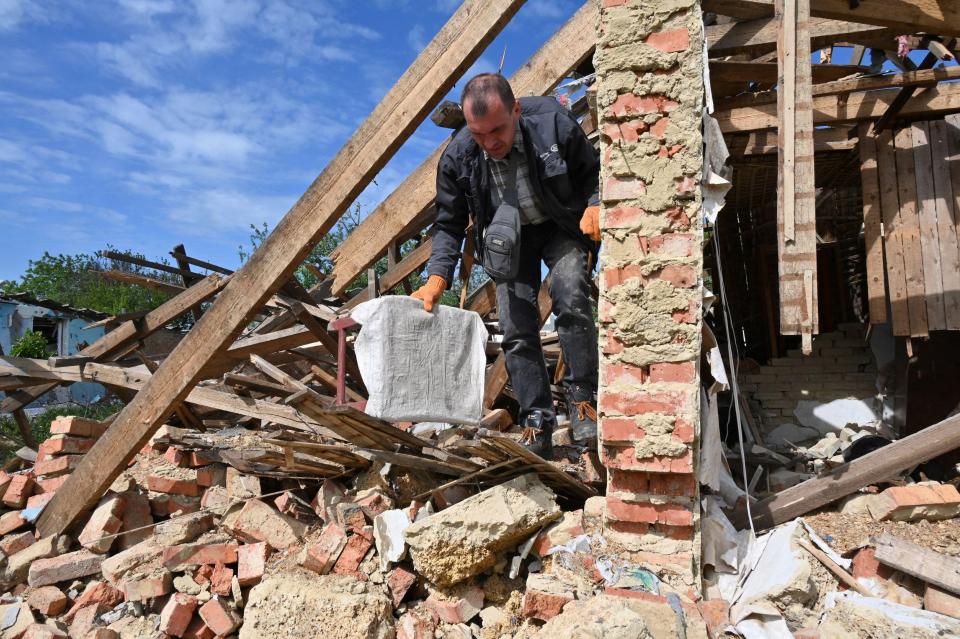 A man carries belongings out of a destroyed house in a village near Kharkiv, Ukraine, during the Russian invasion. Photo: AFP

“On February 24, I called my mum to ask her how she was doing and she asked me ‘what happened?’ and I said the war started. And she said: ‘then thank God the Russians are defending us from Ukrainians’. That’s what they’re told.”

Olena said it breaks her heart that her own mother does not believe her and that hers is not the only family that has been similarly torn apart.

Russians in Ukraine burned their passports

“I tried to talk to my mother and tell her what is going on. But she does not believe me. And a lot of Ukrainians experienced the same problems,” Olena said.

Olena speaks about the other side of the story too, Russian families who live in Ukraine and don’t agree with their country’s actions.

“I know a lot of Russians in Ukraine, they burned their passports. They are trying to tell their relatives the truth about the war. They do not listen. Maybe because of propaganda”.

But despite feeling like she has lost her immediate family, Olena says she has acquired an extended one through the global support for Ukraine’s fight against the invasion.

“Here in Malta, every Maltese was so supportive. As much as it is tearing people’s lives apart, it is bringing all the other people so much closer together,” she said.

Originally from Simferopol, in Crimea, Olena last visited Ukraine in September, five months before the invasion, but has been planning a return visit.

“I cannot explain how much I miss my country. To know that horrible things are happening in Ukraine... and you don’t know for how long... it’s terrible,” she said.

'We'll host Europeans in our houses during Eurovision'

Olena has one wish and that is for the Ukrainian people to be able to repay the Maltese and Europeans by hosting them in their motherland for the Eurovision final next May.

“You know how at Eurovision almost everyone (was) supporting Ukraine. And it was a big win,” she said.

“And, next year, when we host it, and I am sure we will, I wish everyone can come and stay with us for free, just like Ukrainians were welcomed.

“We will feed them, we will let them live in our houses and show them who we are. I wish we could do this”.