A restored painting thought by some experts to be a long-lost masterpiece by Caravaggio and estimated to be worth over €100 million has been bought for an undisclosed sum by an unnamed buyer two days before it was due to be auctioned.

Discovered five years ago under an old mattress of a private home in Toulouse, southwest France, the 1.44 by 1.75-metre canvas depicts the beheading of Assyrian general Holofernes by the widowed Judith in the biblical Book of Judith.

Specialists determined it was painted circa 1606, two years before Caravaggio painted another beheading, that of St John, which graces the Oratory of St John’s Co-Cathedral in Valletta.

The artist came to Malta in 1607 after fleeing Naples where he was condemned to death for stabbing a man in a street brawl in Rome. He sought absolution from the Knights of St John, but after a few months, he was imprisoned for yet another brawl with a knight. He eventually managed to escape from the island.

The unexpected sale has raised eyebrows in the art world, especially among those experts, including a Maltese professor, who dismiss claims the oil painting was by the Renaissance master.

“It is a very fascinating picture that was surely depicted in the period and in the context of Caravaggio. But despite the close proximity, I do not believe it is his work because of a number of incongruencies,” Keith Sciberras, head of the University’s Art and Art History department, told Times of Malta.

“The creative power of the narrative and technique used fail the mark,” he pointed out.

His view is certainly opposed to that of Eric Turquin, considered France’s leading authority on Old Masters paintings, who has staked his reputation on the assertation that the painting is the fiery Italian artist’s second version of Judith Beheading Holofernes.

The other version, rediscovered in the 1950s, is located at the Galleria Nazionale d’Arte Antica at Palazzo Berberini in Rome.

Mr Turquin not only believes that the life-size canvas is a Caravaggio but has called it “one of the great pictures” of all the known Caravaggios.

He is adamant it is the original painting whose existence was first noted in letters between Italian dukes and art dealers four centuries ago. He estimated the painting to be worth between €100 million and €150 million.

Prof. Sciberras had the opportunity to observe the painting closely during two separate scholars’ days held at the Pinacoteca di Brera in Milan in February 2017 and at the Louvre Museum in Paris, four months later. He was one of the few international experts on Caravaggio and 17th-century art who were invited to both workshops.

“The painting remains a milestone discovery for Neapolitan Caravaggism but I do not believe that it has the qualities to be called an autograph work,” he said.

“I made my views very clear on both occasions and there were others who shared my opinion,” he reiterated.

The Louvre Museum had the opportunity to buy the work for around €100 million but rejected the offer as not all scholars agreed on its authenticity. It was then announced in February that the painting would go under the hammer on June 27.

Prof. Sciberras believes that whoever painted this work could have possibly seen Caravaggio at work or had access to his works.

Some connoisseurs have, in fact, suggested that the painting could have been a copy of one of his Franco-Flemish disciples, Louis Finson.

Finson was a recognised artist in his own right, who both owned and reproduced Caravaggio’s work. He was also an art dealer who may have had an ulterior motive in making Caravaggio duplicates and then selling them off to wealthy merchants in his native Bruges and Amsterdam.

He is known to have had at least one reproduction of the missing tableau, which now hangs at the Palazzo Zevallos in Naples.

Prof. Sciberras is, however, not entirely convinced about this claim either.

“We don’t know who the artist was… but, you know, people want names,” he said.

“Some also suggested that it could have been done by two hands, meaning that is was started by Caravaggio and continued by someone else, but I find that improbable,” he remarked.

The painting was sold in Toulouse by Marc Labarbe, the provincial auctioneer who discovered the work after a local family asked him to value some “old things in the attic” of a house they were clearing. The family − who have not been named − believe it may have been brought to France by one of their ancestors, an officer in Napoleon’s army.

Mr Labarbe said he could not reveal the name of the buyer or the price paid because of a confidentiality agreement. He only revealed that the foreign buyer was a collector “close to a major museum”. 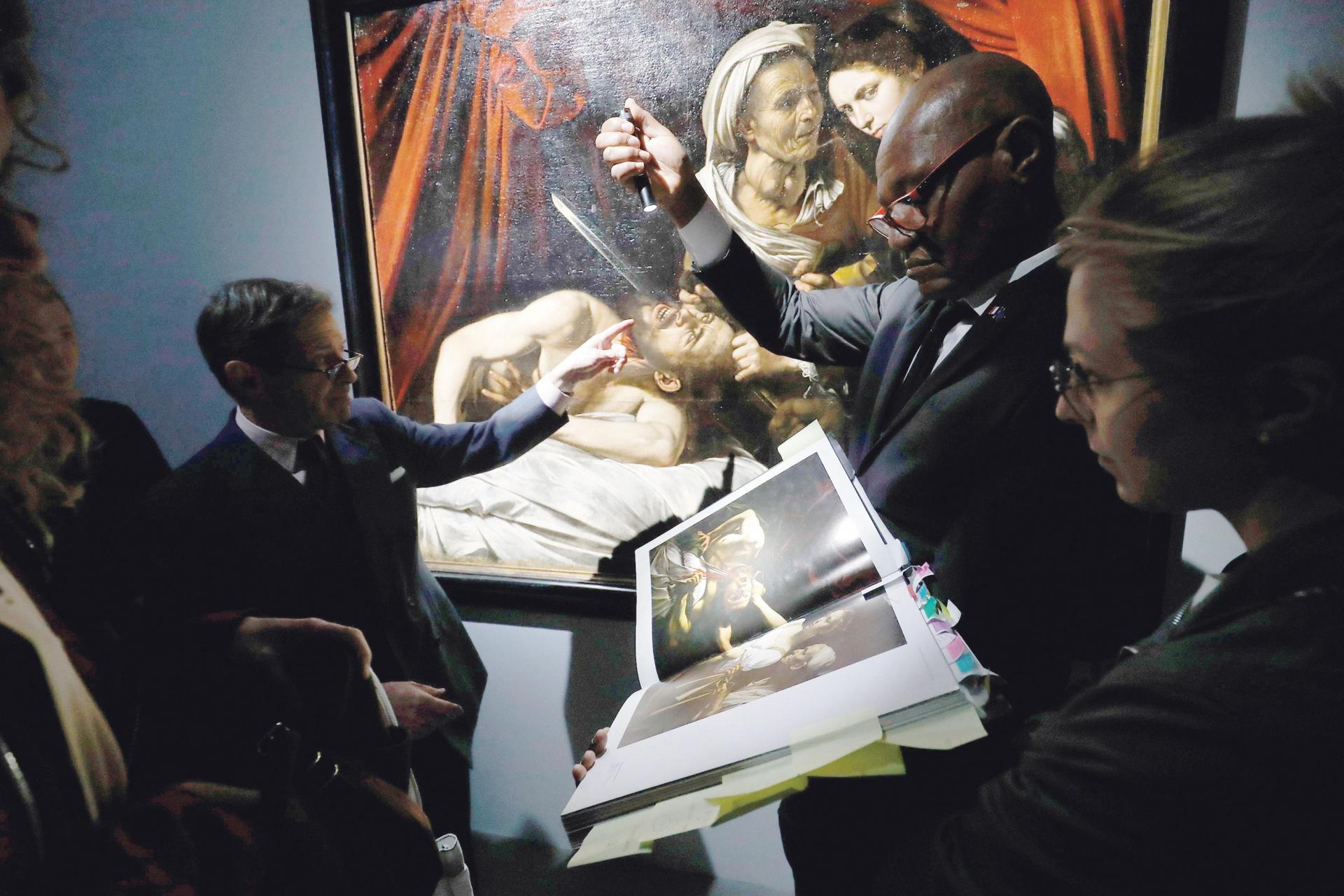