A mysterious metal monolith has popped up on a riverbank in the Polish capital Warsaw, the latest in a string of similar objects that have recently appeared in Europe and the US.

Joggers noticed the triangular pillar planted during their morning run along the Vistula river, according to local media reports.

It stands some three metres tall, has a dull silver-coloured surface, is held together by screws and is planted in the sand of the riverbank near a major bridge.

“A mysterious and unusual installation has emerged on the beach on the right (river) bank,” Warsaw’s Vistula district authorities said on their Facebook page.

“If you spend your time actively on the Vistula river, it won’t escape your attention,” they added, without elaborating.

But it has left some Warsaw residents unimpressed.

“I was expecting some kind of metaphysical experience, but it’s not really all that impressive,” a woman visiting the site on Thursday who declined to be named told AFP.

No one claimed responsibility for the installation as of Thursday. 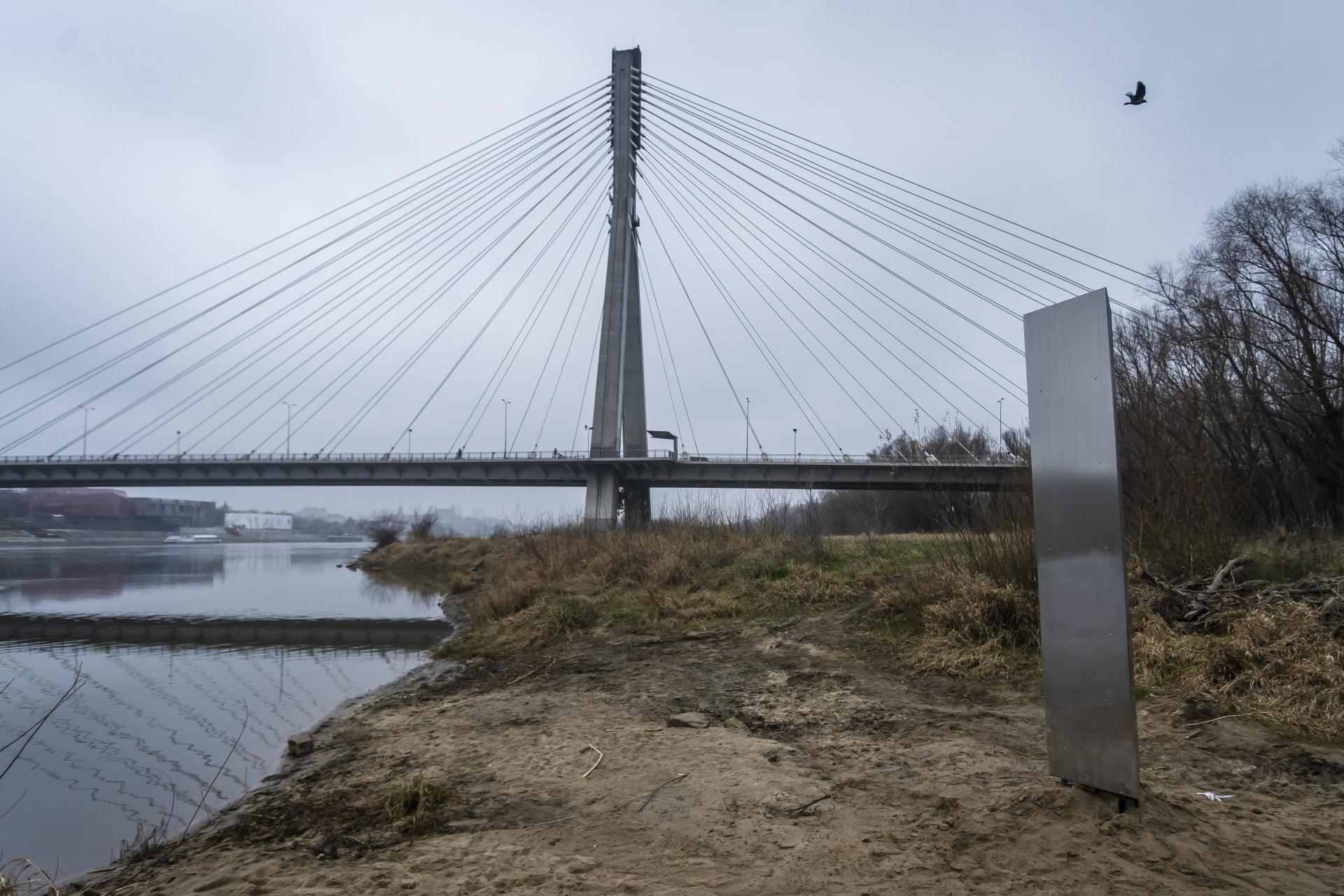 The monolith stands some three metres tall and has a dull silver-coloured surface.

Similar-looking objects were found in the United States, Romania and Britain.

The first structure made news after it appeared briefly in the Utah desert late last month, then two others cropped up in southern California and Romania days later.

Another appeared on a beach on the Isle of Wight off the south coast of England on Sunday before hikers came across yet another one in The Netherlands the same day.

The appearance of the Utah object in late November sparked wild rumours of alien visitations because of its resemblance to the black monolith in the Stanley Kubrick science fiction film 2001: A Space Odyssey.

An anonymous art collective has taken credit for the Utah installation but like in Poland no one has yet claimed responsibility for those in Romania, the Isle of Wight and the Netherlands.