A €274 million contract to build and operate residential blocks and a kitchen at a home for the elderly has been slammed by the auditor general, who found the entire deal could be deemed invalid.

Published on Wednesday afternoon, the NAO report highlighted a series of serious shortcomings, missing documentation and oversight failures concerning the mega-contract awarded to the JCL and MHC Consortium by the St Vincent de Paul Residence.

The consortium is made up of James Caterers Ltd and a subsidiary of the DB Group.

The NAO found that the state-run home, family ministry and department of contracts "acted in breach of legislative provisions" and broke public procurement regulations in the deal, which it said could potentially be deemed invalid.

St Vincent de Paul had committed to spending hundreds of millions of euro without seeking clearance from the finance ministry and the deal appeared to have been concluded "without the sanction of cabinet or the parliamentary secretaries" responsible for the home, it said.

The NAO also said it was "incredulous" at the role played by parliamentary secretaries politically responsible for the project, saying "their failure to enquire as to the regularity of this procurement is in clear breach of their duty arising from the political post held."

The deal signed back in 2017 was for the construction and management of four residential blocks as well as a separate deal to build and run kitchen facilities.

The NAO said a number of worrying irregularities were noted during a review of the entire procurement process.

Among the concerns highlighted were questions over the legal basis of the way the contract was entered into, the absence of authorisation, including from senior politicians, and concerns that parts of the deal did not even come close to value for money.

It expressed serious concern about the way with which the original tender call included a requirement for "additional investment", without specifying what that investment could be.

"Nothing is ever secured for free," the NAO drily noted.

The St Vincent de Paul deal began with a €57 million contract to build a kitchen at the state-run home for the elderly and provide catering services to its residents.

The residential blocks were to be operated by the consortium that won the tender, and that had been providing meals at St Vincent de Paul through a direct order since July 2014.

The audit was triggered after parliament’s Public Accounts Committee requested the National Audit Office review these hefty contacts in 2018.

The report says that it is likely the entire €274 million agreement is not in line with the law and could be deemed invalid. 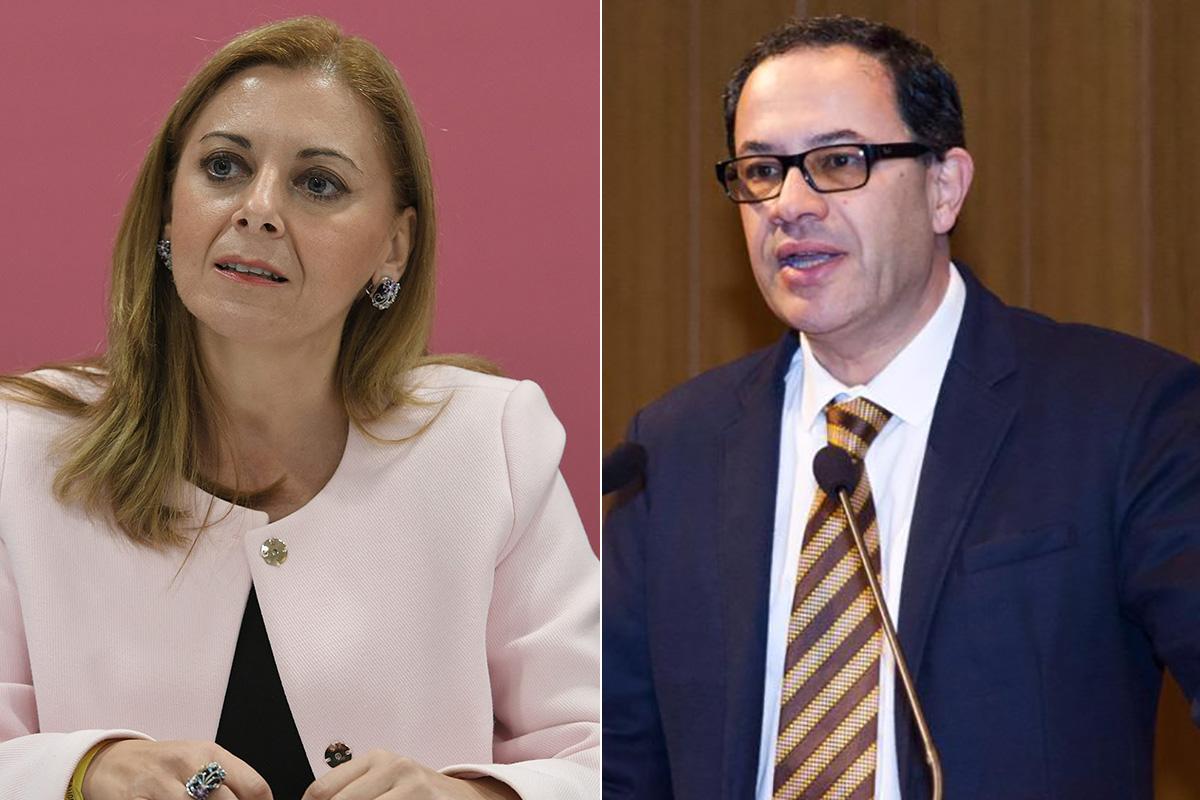 Justyne Caruana was politically responsible for the project until 2017, when Anthony Agius Decelis took over.

Authorisation for the deal was sought by the elderly home, endorsed by the Family Ministry and granted by the Department of Contracts on the basis that competition was absent and for reasons of extreme urgency.

The NAO, however, found that there were no technical reasons that precluded competition in this sector since the management of these blocks could have been undertaken by other operators.

Furthermore, on the issue of urgency, the NAO said this was not justified as the blocks were to be under construction for at least 18 months, during which the SVPR could have procured these services through an open call.

The NAO said the absence of government endorsement for such a major contract was also “conspicuous”.

The agreement for the management of the additional blocks was not brought to the attention of cabinet, despite its cost and the project’s national importance.

The NAO therefore concluded that no political authorisation had been granted to enter into a negotiated procedure with the consortium. 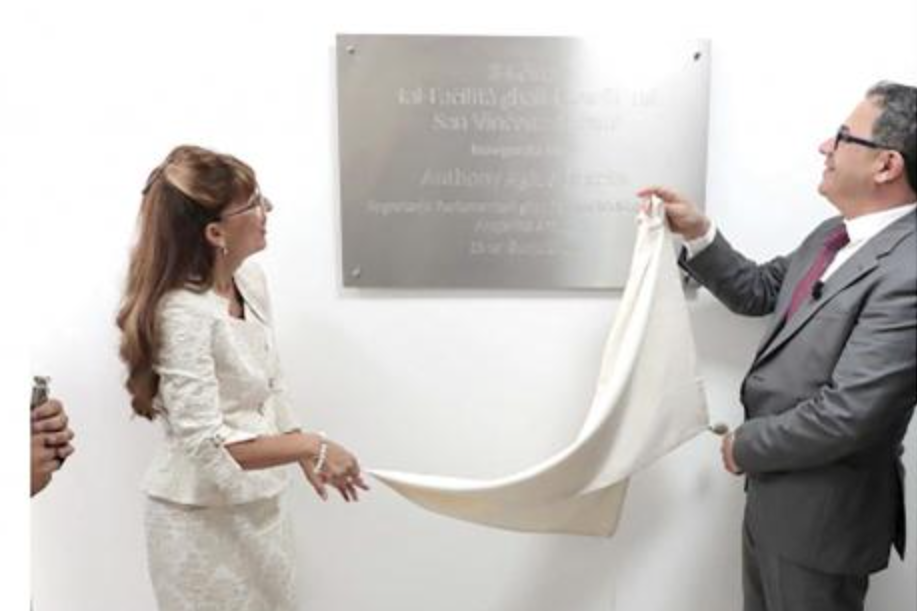 Considering the extent of the project, its cost, its significance due to the increase in capacity of existing facilities, and that negotiations had been underway for several months, the NAO said it was "incredulous" how this project did not draw the attention of the Parliamentary Secretaries responsible for the state-run home.

“Even if the project was not referred to the parliamentary secretaries for their authorisation, their failure to enquire as to the regularity of this procurement is in clear breach of their duty arising from the political post held,” the report reads. 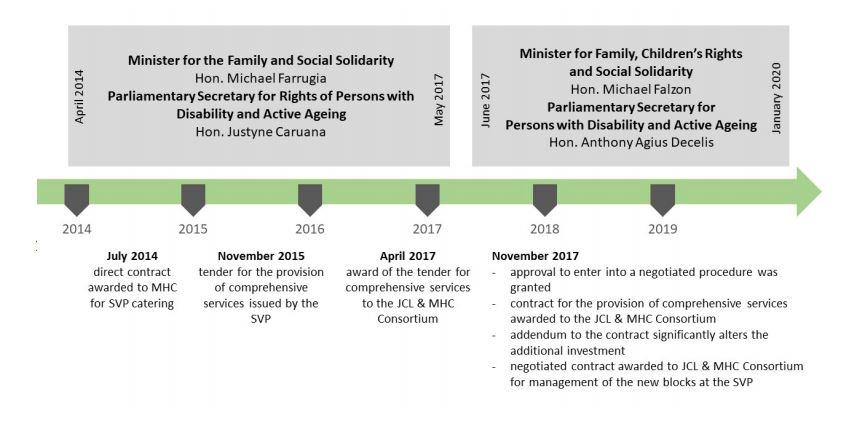 The politicians involved in the deal.

Lack of value for money

The NAO said the ministry, state-run home and the Department of Contracts pursued the offer by the consortium and assigned it the management of the new blocks without adequate consideration.

The report says that no analysis as to what the government was charged for highly dependent residents in other care homes was undertaken.

The rate charged by these homes was significantly lower than that set by the consortium, €99.17 daily per resident per occupied bed. 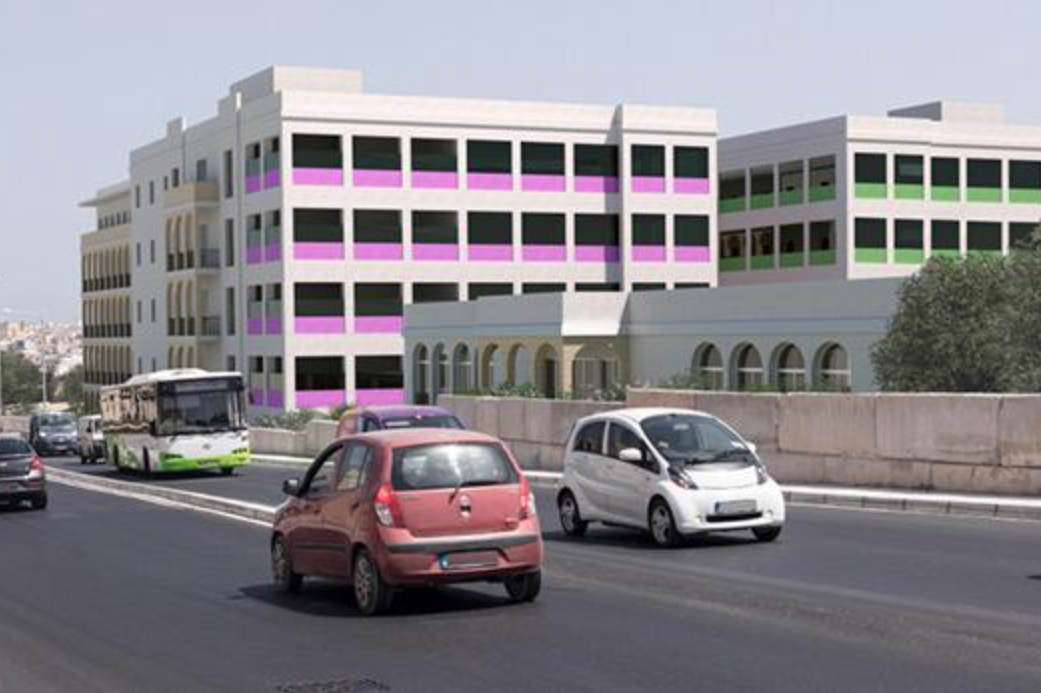 An artist's impression of the new blocks from the original proposal.

The average daily rate that the government was paying private contractors for persons with a high dependency in 2016 was around half the price at €51.06.

In November 2020, that is, by the time the residential blocks were handed over, the rate charged by the consortium was revised upwards to €118.44, as against the average of €65.13 charged under the Buying of Beds Scheme. This difference raises doubt whether value for money was secured, the NAO concluded.

The consortium said it had offered a discount on costs incurred by the home for the elderly determined through an independent analysis.

The NAO however said that this should have been determined beforehand, rather than when the decision to assign the management to the consortium had already been taken.

How the story unfolded

In early to mid-2014, several reports regarding the SVPR’s kitchen highlighted its dismal state.

Following a memorandum to cabinet in June 2014, ministers decided that the kitchen should be closed and that, as an interim measure, an extension should be made to the contract through which the Mater Dei Hospital serviced its catering requirements.

In the summer of 2014, a direct contract, valued at €2,702,700, was entered into by the home for the elderly with Malta Healthcare Caterers Ltd for the provision of meals over a six-month period. This direct contract was extended several times until November 2017, by which date the government had forked out more than €13million. 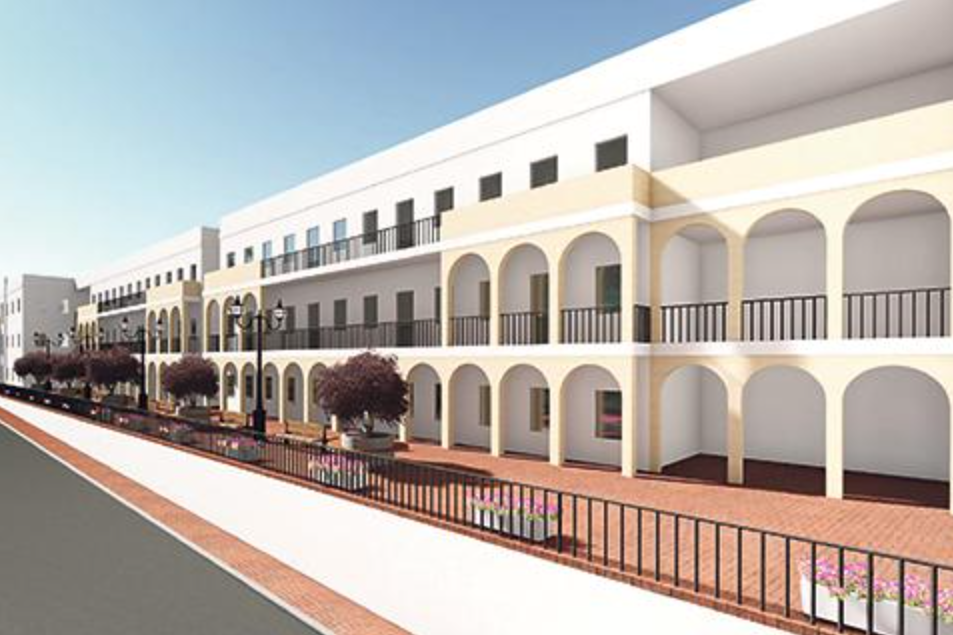 Another artist's impression of the project.

While the direct contract was an interim measure, a longer-term solution was sought through a call for tenders.

To this end, a call for a public-private partnership for the provision of comprehensive services was issued by the Department of Contracts in November 2015.

Through this call, the SVPR sought to secure daily meals for residents and staff, as well as the reconstruction of its kitchen. However, bidders were to also provide an "additional investment" at no cost to the home, the nature of which was not defined in the call.

The winning bid submitted by the consortium comprised a daily price for meals per person of €12.72, excluding VAT, over a ten-year period extendable by five years, the construction of a fully furnished kitchen at no cost to the SVPR and an additional investment of approximately €29million.

This additional investment entailed the construction of two residential blocks at the home, which would increase capacity by 252 beds, and an annual cash contribution of €1.5million over the ten-year contract term.

In parallel with and intricately tied to this process was another contract that the JCL and MHC Consortium would secure.

In this contract, the SVPR entered into a negotiated procedure with the consortium for the assignment of management services relating to the blocks that were to be constructed.

Negotiations held between May and November 2017 resulted in significant changes to the parameters of the additional investment, which was altered from two blocks and a cash payment to the construction of four blocks instead.

The time frames within which the blocks were to be constructed was changed, revised from an unspecified completion date to finalisation within 36 months.

However, these changes were contingent on the government consenting to the award of the management of the four blocks to the consortium for a period of 15 years.

The construction of the four blocks was completed between July and October 2020 and was operational soon after.

The NAO established that from the date of commencement of the contract for comprehensive services up to the end of 2020, the SVPR paid the consortium in excess of €13.5 million.

In addition, over the period July to December 2020, the consortium also invoiced the SVPR approximately €7.7million for management services provided at the four residential blocks it had constructed.