Hundreds of documents by Sir Adrian Dingli, a pioneer in the modernisation of Maltese law, have been acquired by the National Archives of Malta as part of a bigger collection curated by lawyer and historian Albert Ganado.

The collection also includes documents by Albert Laferla, the man who introduced the education system still in use today and Emanuele Mizzi, uncle of former prime minister Enrico.

The documents, which date back to the 18th century, will now be catalogued and eventually made accessible to the public, National Archivist Charles Farrugia told the media on Wednesday.

He said that the acquisition will help fill some of what is known as the “silence at the archives”, often caused by a lack of donations of private collections of items that are of national importance, or a lack of proper preservation of documents.

Ganado, he said, was the first chair of the Malta National Archives Advisory Committee, and his curated collection will complement the existing collection at the archives.

Most of these recently acquire documents are of a personal nature, including daily journal entries and correspondences between Dingli and his son.

Prof Raymond Mangion, chair of the National Archives Council, noted that Dingli was such an influential person who at one point was described as the de facto Governor of Malta.

National heritage minister Owen Bonnici thanked the Ganado family for helping preserve documents that will continue shedding light on the history of Malta. 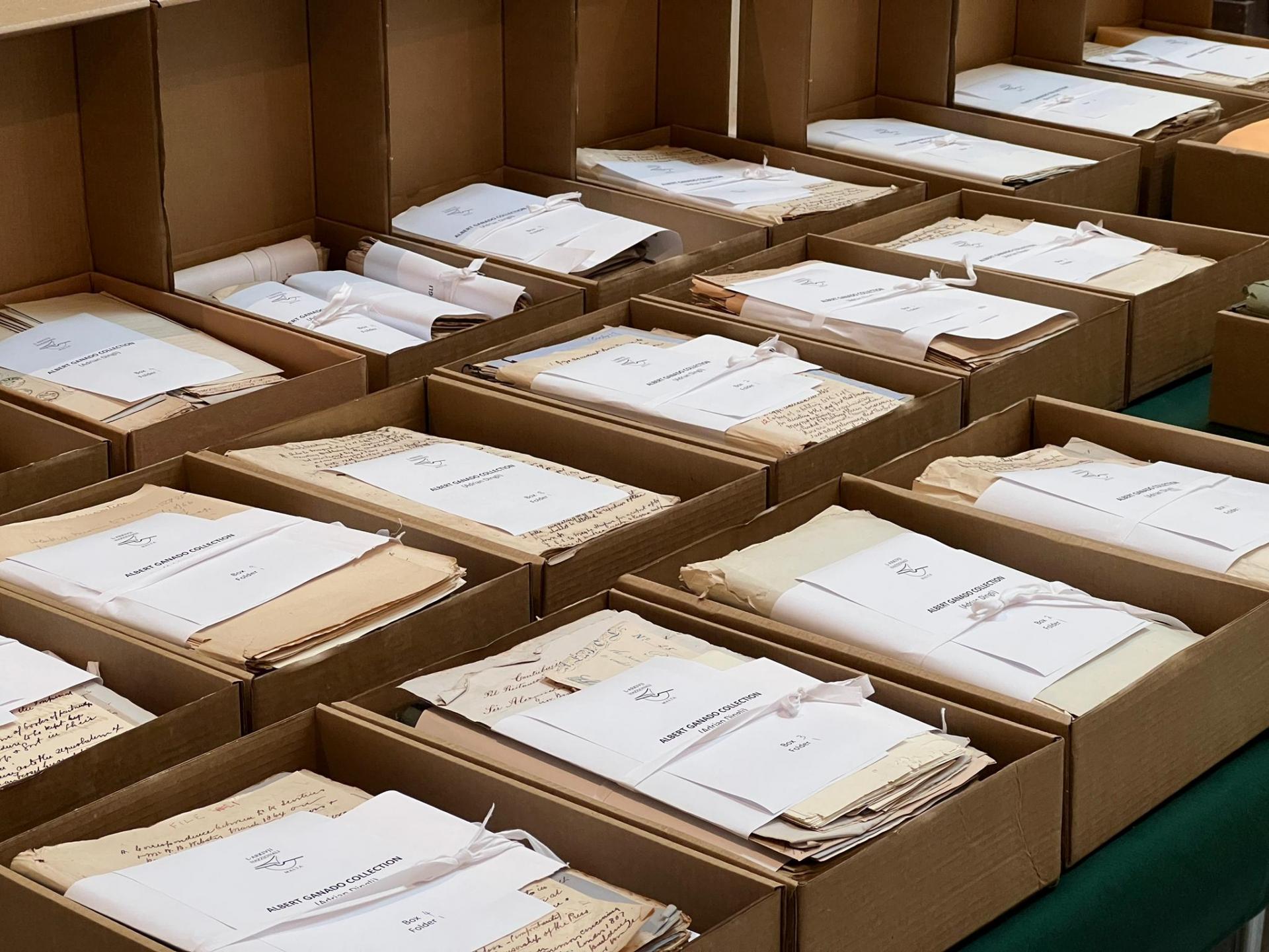 Who are the people behind these documents?

The Albert Ganado collection that has just been acquired by the National Archives of Malta includes the following:

Reports, draft legislations, correspondence, and various other records by Sir Adrian Dingli (1817–1900): following his graduation as a lawyer at the age of 19, Dingli spent six years travelling around Europe, attending the universities of Rome, Bologna, Bonn, Heidelberg, the Sorbonne and Oxford. He was elected to the Council of Government in 1849, where he was considered as the most influential member.

In 1854 Dingli was appointed Crown Advocate and was set on modernising Maltese laws - by 1873 the Maltese legal system was completely reformed and in line with the most modern codes of the day. In 1880 Adrian Dingli was admitted to the bench and made chief justice.

The Bonavita family collection collected by Judge Vincenzo Bonavita (1752 – 1810). Vincenzo was a judge under the Knights, the French and the British rule. He was forced to leave Valletta during the French blockade due to food shortages. He was later accused of treason by the Maltese insurgents, stripped of all his property and offices and sent into exile to Gozo. Once the British gained power he tried to gain their favour and was gradually reinstated into the public sector.

The collection also includes documents by Sir Ignazio Gavino Bonavita (1792–1865), who was instrumental in the codification of the Maltese criminal laws and the laws of civil procedure. He became a lawyer in 1812, a magistrate eight years later and was then appointed judge in 1827. The collection includes personal papers and official documents concerning the Maltese criminal code (1854) and also the 1838 Statuto Fondamentale dell’Università di Malta with Bonavita’s handwritten notes. He claims to have drafted the statute.

Letters and criticisms of Dr Emanuele Mizzi’s literary works, correspondence with the Order of Malta (1930s) and other documents and certificates linked to him. Mizzi was the Ottoman Health Delegate in Egypt and Smyrna and was also responsible for the Lazzaretto in Constantinople.

Requests penned by Paolo Testaferrata Abela for reimbursements on behalf of various people for losses suffered during the French Blockade of 1798 as well as a bound manuscript volume of court proceedings with regard to unfair discrimination between Lyceum and St Aloysius Students.

The Caruana Gatto collection, which is made up of records put together by Mgr Roberto Caruana Gatto (1871–1941), about, among others, Ta’ Saura Hospital, a comic artistic script and records of the Comitato Dei Privilegi della Nobiltà Maltese.

Records and correspondence by Albert Laferla (1887–1943) about educational activities and events. A key figure in the history of Maltese education, Laferla joined the civil service in 1902. In 1905 he was commissioned into the Malta militia. His connections with education started in 1920 with his appointment as Director of Primary Schools. He was appointed Director of Education in 1934 when secondary education was added to his duties. During his tenure he oversaw the creation of a new teacher training school and the establishment of central schools and community schools. Laferla’s idea of creating a hymn to be sung by schoolchildren led to the Maltese national anthem.