Addressing a press conference, Bartolo said that the Malta Tourism Authority would invest €400,000 to install a new system to light up the imposing Church of the Nativity of Mary in Naxxar’s main square.

Bartolo was elected on the 12th district, which includes parts of Naxxar. 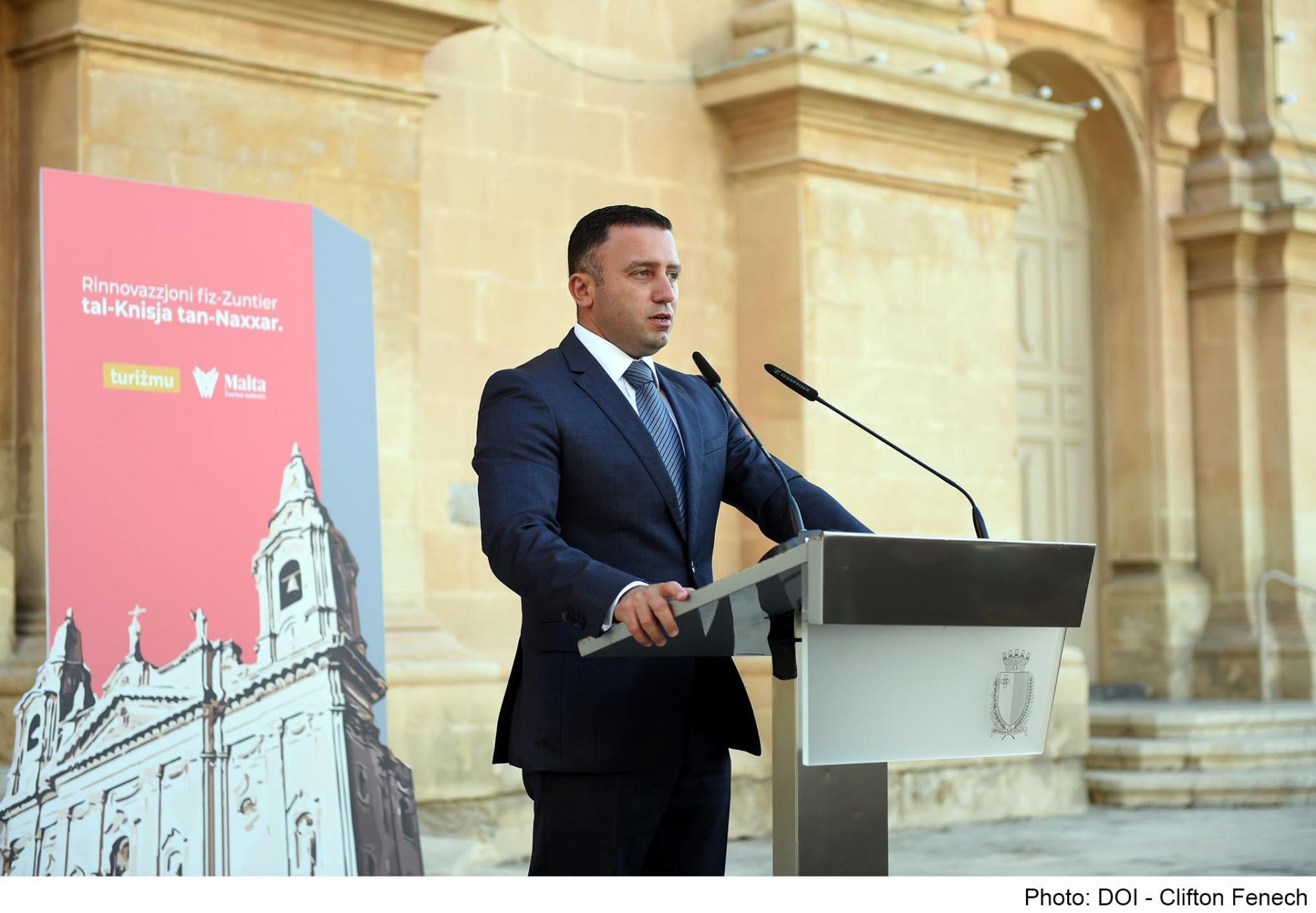 The Naxxar parish church recently had its façade restored as part of a €2.2million Curia project including churches in Attard, Balzan, Dingli, Marsaxlokk, Mġarr, Paola, Rabat and Tarxien.

The lighting will, Bartolo said, was designed to respect and showcase the 17th-century building’s architectural features.