When Ayna and her friends decided to travel to Malta to celebrate becoming physiotherapists, they were hoping for a holiday in the sun at a safe destination.

Instead, the group of Spanish travellers say they are trapped inside their hotel rooms, forced into quarantine despite being fully vaccinated against COVID-19.

“We are a group of 33 people. All of us are vaccinated, but it seems the vaccine counts for nothing here in Malta,” the frustrated 22-year-old told Times of Malta.

“Now we are stuck in our rooms with no information and no way out.”

The group landed in Malta early on Sunday morning and checked into a St Paul’s Bay hotel as part of a package holiday tour. The holiday was recommended to them by a travel agent who told them Malta was virtually COVID-free and would make for a hassle-free holiday.

Positive case on flight to Malta

But two days later, at around lunchtime on Tuesday, a public health officer showed up with some bad news. 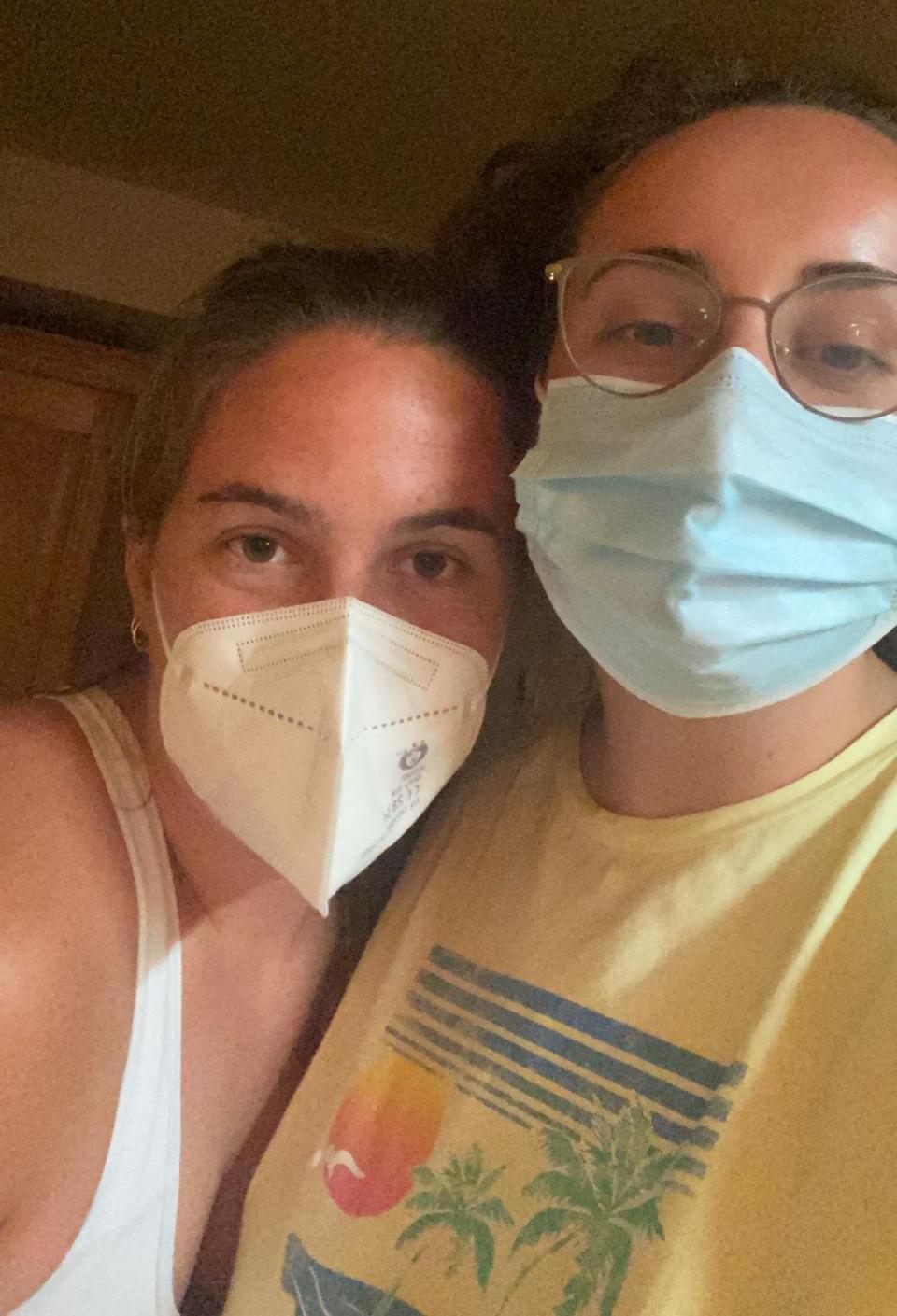 Natalia, 25, and Ayna, 22, are among a group of Spanish travellers forced into their hotel rooms.

A passenger on their Vueling flight from Barcelona had tested positive for COVID-19, he told them, and they were therefore being confined to their hotel rooms until July 11.

“He told us that we will have to take a PCR test, but that even if the test proves that we are negative, we must spend until July 11 in quarantine. We can’t even leave our rooms to eat.”

Ayna’s friend Natalia, 25, said she could not understand why local rules were so heavy-handed.

“We had to pay €80 each in Spain to get a PCR test before leaving, because Malta does not recognise our vaccine passes,” she said.

“We followed every rule, we wore our masks everywhere and kept our distance, and now we’re suddenly told we’re stuck in a hotel room for the next week no matter what. We're negative, vaccinated and trapped.”

Vaccinated people can still be infected with COVID-19 and transmit the virus, although preliminary research suggests that they carry lower viral loads if infected.

Public health chief Charmaine Gauci said last week that while half of all new virus cases were imported, these cases were detected during people's stay in Malta, not at the airport.

Travel complications and a lack of information

Nevertheless, the Spanish travellers told Times of Malta they felt hard done by, because the risk of ending up in mandatory quarantine had never been explained to them.

Their frustration reflects the myriad complications of holidaying overseas in the middle of a pandemic, with travel rules often unclear or changing at a moment’s notice.

Malta currently only recognises locally issued vaccine certificates, although that is set to change as of Thursday, when COVID-19 passes issued by other EU member states, such as the Spanish ones the group of physiotherapists have, will start being recognised at local borders. 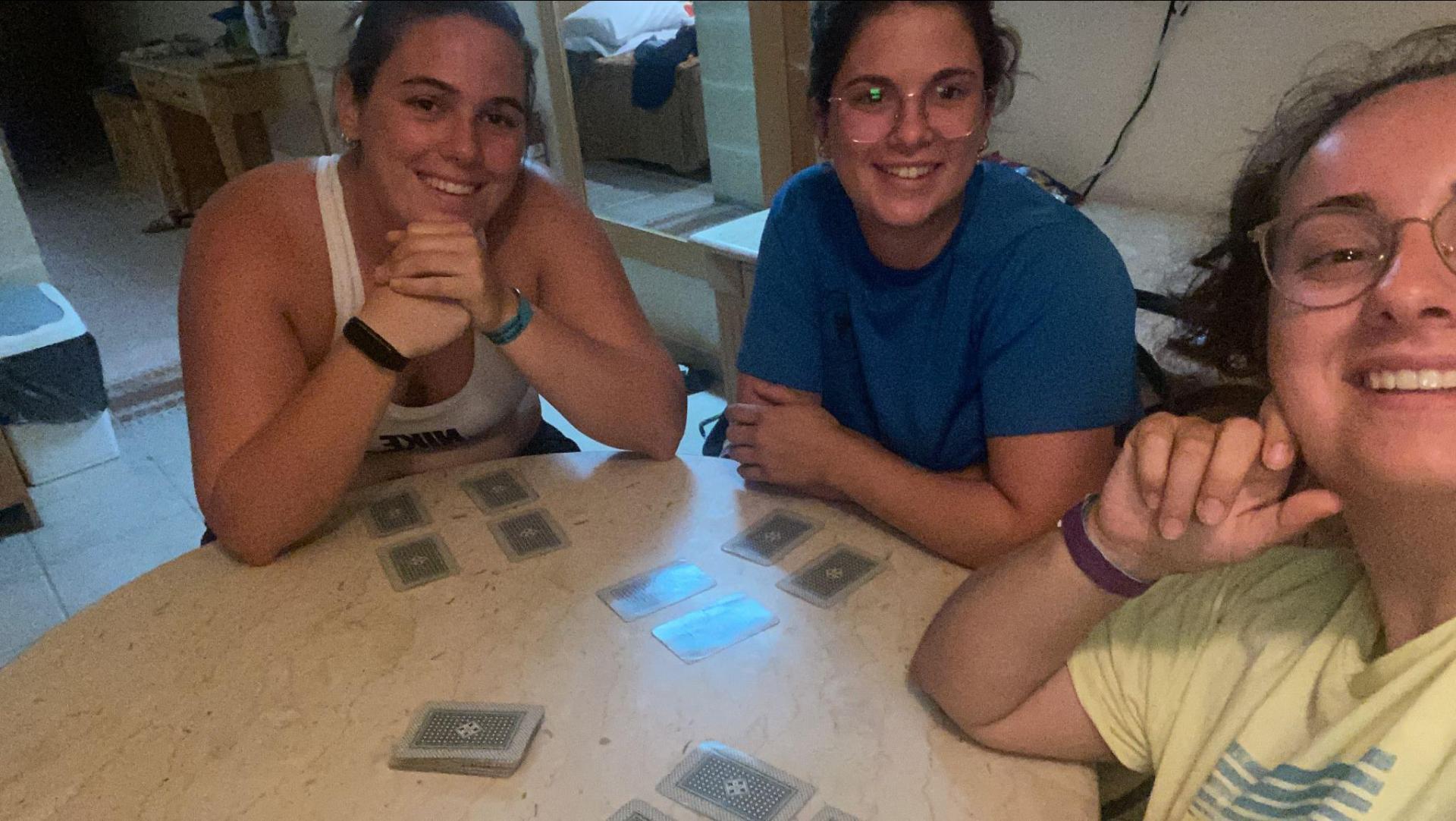 Playing cards: the trio while away the time in their hotel room, as they wait for more information.

People arriving in Malta without a valid vaccine certificate or negative PCR test are sent into mandatory quarantine at a government-sanctioned hotel in St Julian’s, which they must pay for out of their own pocket.

Rules surrounding mandatory quarantine for travellers are not always so clear-cut, however. The first hit when running a Google search for the phrase "travel to Malta", for instance, directs users to a Health Ministry web page that lists travel rules but provides no detail about what travellers can expect if they come into contact with a COVID-positive person.

Ayna, Natalia and the rest of their group now find themselves at a loss, with no idea of what to expect, other than a week of boredom and card games, cooped up three to a hotel room.

There is one thing they do know, however.

“Nobody informed us about any of this. We were looking forward to a fun and relaxed trip. This is not how we expected our holiday to pan out.”