While the 1942 Disney film Bambi is world-famous as a classic of animated cinema, the man behind the story – an eminent writer in pre-war Vienna who had to flee the Nazis – is little known.

Felix Salten was a product of the cultural blossoming in the capital of the then Austro-Hungarian Empire around the turn of the 20th Century.

As a Vienna exhibition that shines a spotlight on the neglected creator shows, he was a prolific writer who moved in the same circles as the likes of Sigmund Freud, the father of psychoanalysis.

Salten wrote the iconic and poignant tale of the fawn bereaved of his mother by hunters in 1922 under the title Bambi: A Life In The Woods.

On its publication the following year, it did not enjoy immediate success among the reading public. 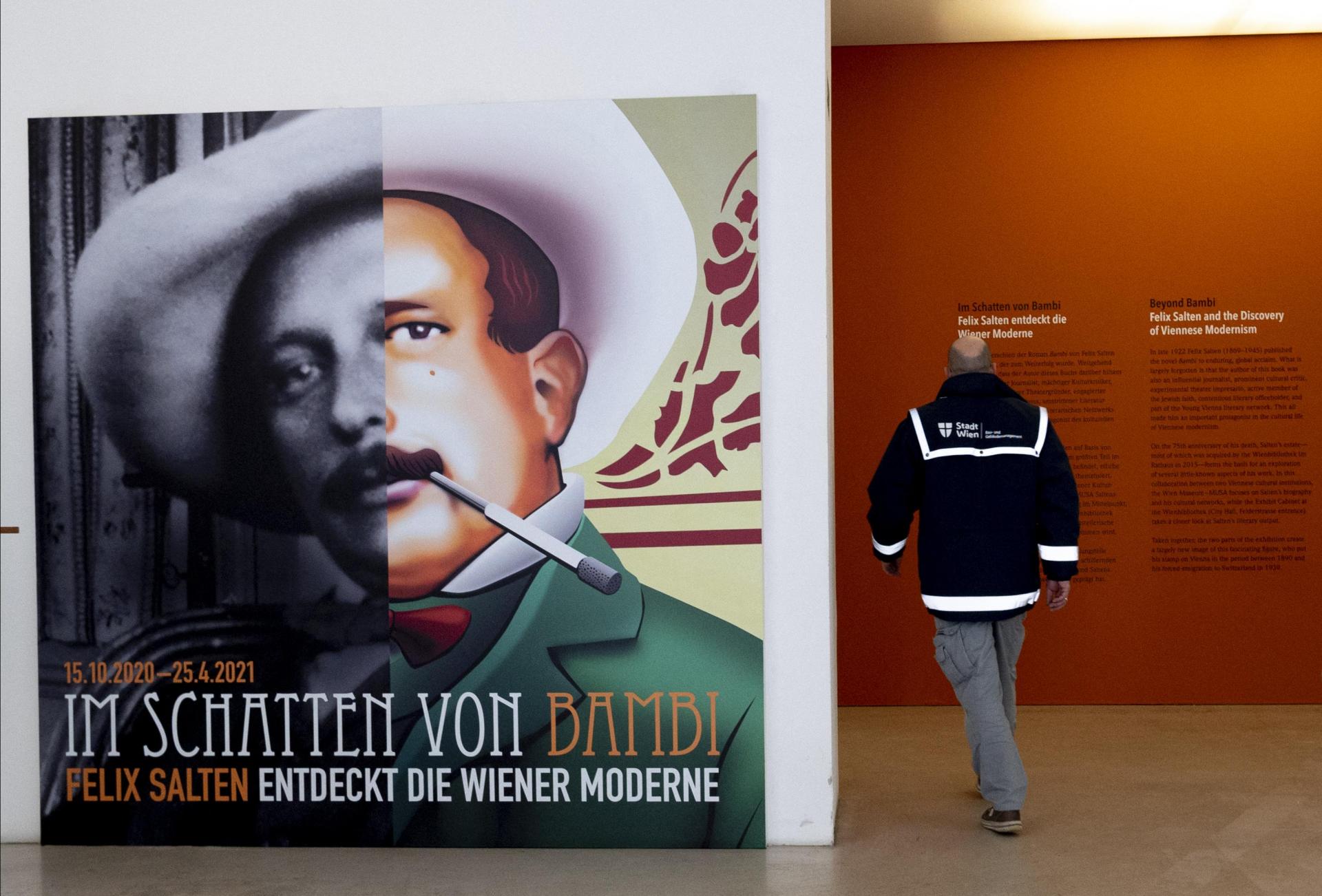 A man passes by a poster of Felix Salten as he enters the exhibition 'Beyond Bambi - Felix Salten and the Discovery of Viennese Modernism’.

However, in the 1930s, Salten – himself a hunter – sold the film rights for the text for $1,000 to an American producer, who in turn sold them to Disney.

As for the book itself, "Felix Salten changed publishers and from then on it became much more successful," said Ursula Storch, curator of the exhibition at the Wien Museum dedicated to the city's history.

"Of course, it was made even more famous by the film adaptation in 1942," Storch told AFP.

But by then, Bambi, along with the rest of Salten's work, had been banned because he was Jewish, first in Germany and then in Austria after Hitler's annexation of the country in 1938.

The film's success, however, was enough to give rise to numerous retellings of the story.

Storch says that while Salten himself never offered a commentary on the meaning of the book, it is a powerful evocation of the dark side of human nature and the relationship between humans and the environment.

"It's a book which is deeply anchored in its time and is much more than a simple children's story about the loss of one's mother," said philosopher Maxime Rovere, author of the preface to a new French edition.

Given "the impression of fear, the way the animals must constantly escape," Rovere says it is "impossible not to make the link with (Salten's) personal experience", living as he did through an era of rising anti-Semitism.

While the 1942 Disney film ‘Bambi’ is world famous as a classic of animated cinema, the man behind the story, a prominent writer in pre-war Vienna who had to flee the Nazis, is little known. Video: Celine Jankowiak/AFPTV/AFP

But as the exhibition makes clear, there is much more to the work of Salten than Bambi.

Born in 1869 in Budapest, he and his family moved to the imperial capital the following year.

At around the age of 20, he began a career as a journalist, which remained his staple source of income for around 50 years, according to Marcel Atze, head of the manuscripts department at Vienna City Library.

However, Salten's oeuvre of some 50 books spans opera librettos, poetry, art criticism, film scripts and even a pornographic novel under the title of Josefine Mutzenbacher.

He won a reputation as a versatile literary "chameleon".

Storch says that his social life was no less notable, with Freud and composer Richard Strauss among his acquaintances.

But the Anschluss shattered that world, with Salten later writing of his "contempt for the Viennese and for Austrians in general" after many of them joyfully welcomed Hitler's takeover of their country.

His diaries record an ever-growing anxiety. 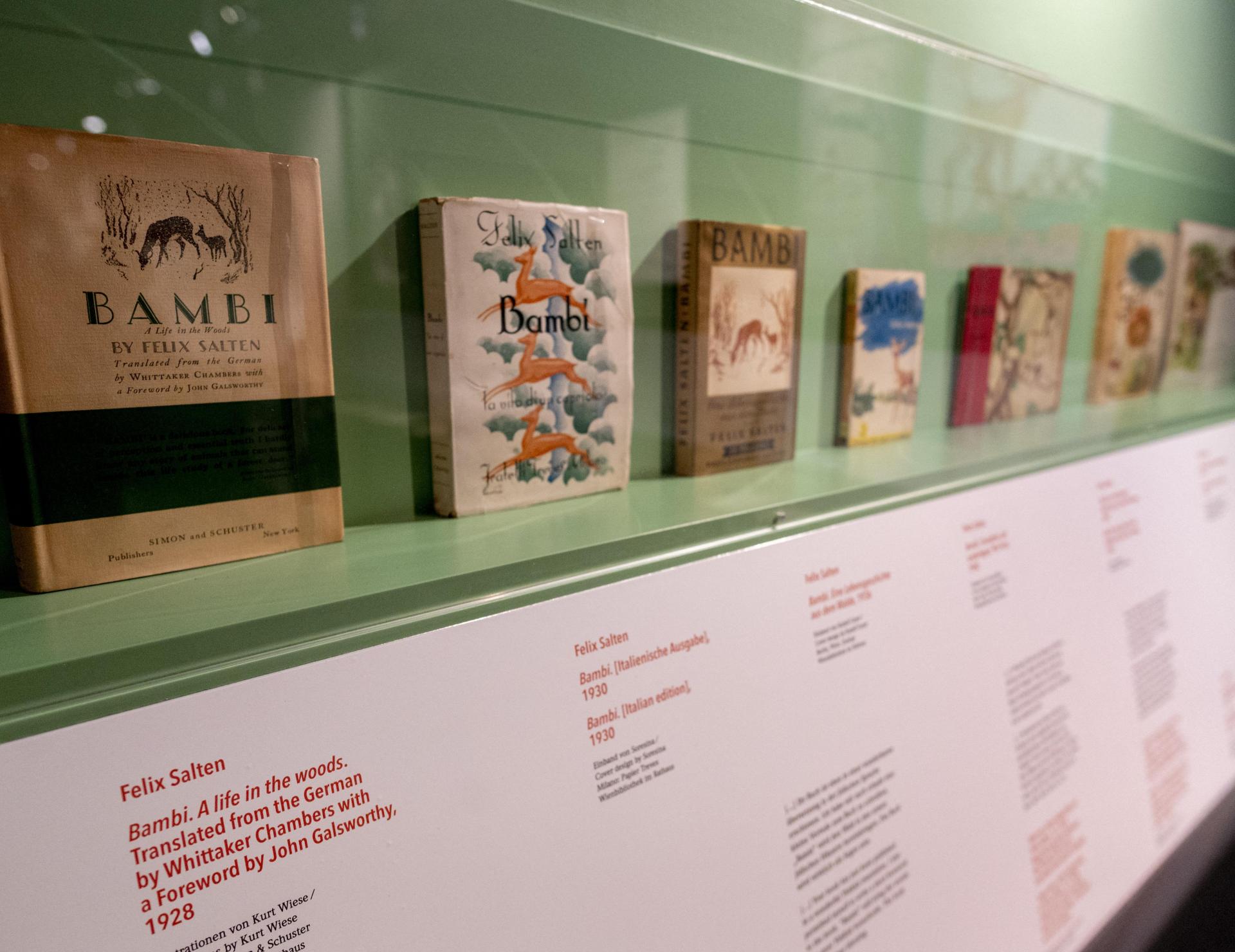 Various translations of the iconic tale ‘Bambi: A Life In The Woods’.

"His writings are very moving," Atze, who spent several weeks poring over the journals with colleagues, said.

"When you read them you can absolutely imagine what was happening," he added.
'Feeling of redemption'

Atze says that only a few such documents survive from this tumultuous period, making Salten "an unbelievably valuable witness".

In March 1939, Salten fled to Switzerland, taking with him a library comprising thousands of volumes.

Two years later, the Nazis stripped him of his nationality.

Atze notes that this news is written in red in Salten's diary instead of the usual blue or black and that the attendant possibility of being deported from Switzerland as a stateless individual must have left him "trembling" until his death in 1945.

His Swiss granddaughter Lea Wyler never knew him personally but says that accounts handed down through the family tell of a "broken man", marked by successive tragedies.

"He had lost his only son in a car accident, he lost his home, Vienna, friends," she told AFP by phone. 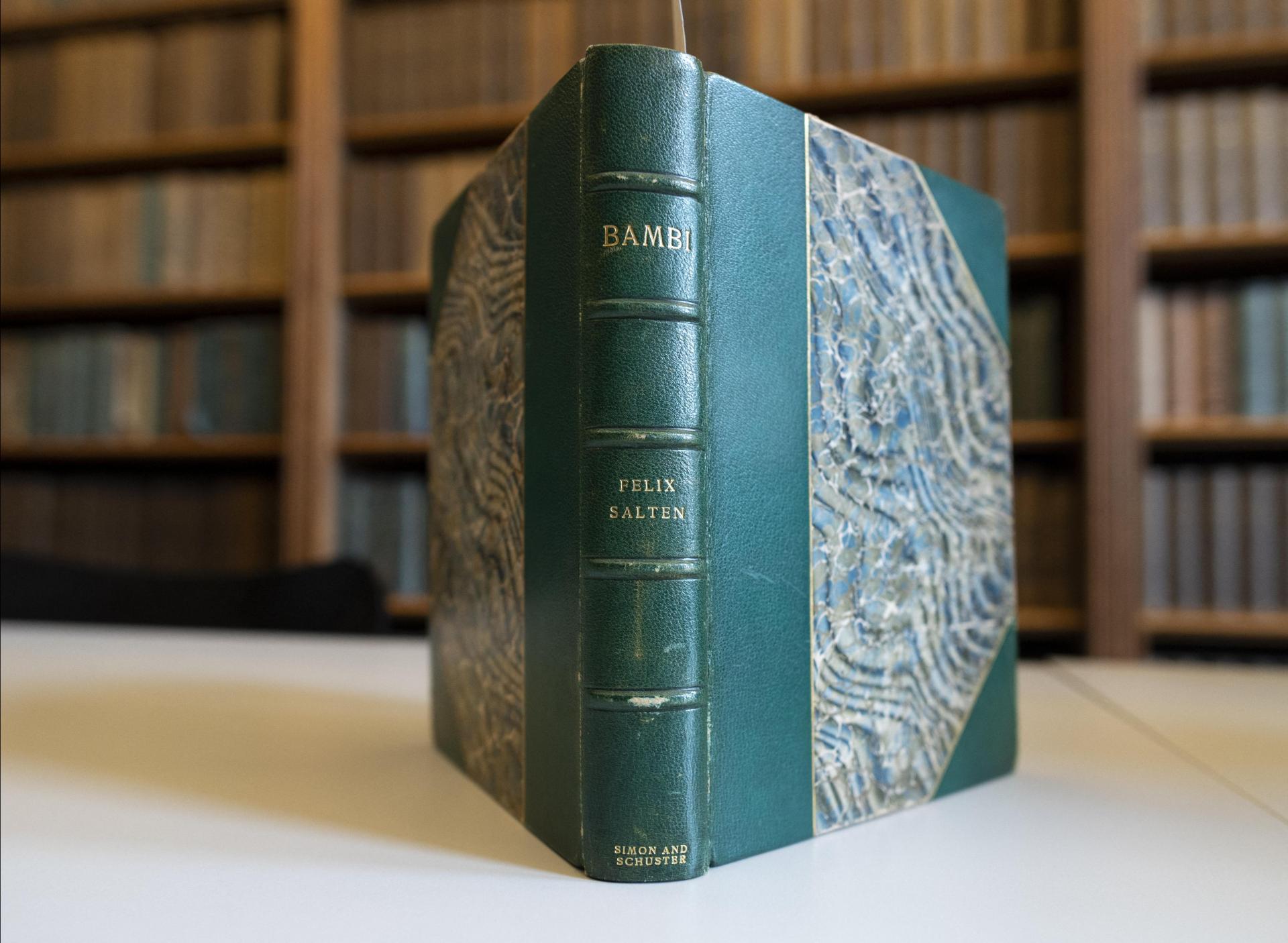 The first English edition of the tale.

She laments the fact that out of work left by her "loving, humorous, cheeky" grandfather, only Bambi is remembered – and that the Disney adaptation has eclipsed the original.

"The crazy thing is that everybody thinks that Disney wrote it. He did not even get that credit, that is really annoying," she said.

Nevertheless, Wyler adds the fact that Vienna is now celebrating Salten has brought "a feeling of redemption".