The government intends to issue a call for expressions of interest for the operation of a scheduled air service between Malta and Gozo, as well as a fast catamaran service, Gozo Minister Anton Refalo said during a consultation meeting at the ministry this evening. 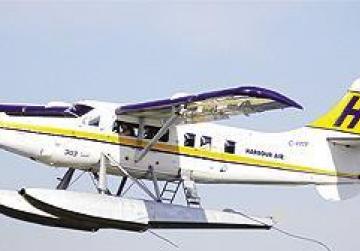 The last air link was provided by a sea plane.

He said the services would be aimed for use by both tourists and Maltese and would involve public service obligations.

A possible catamaran service between Gozo and Sicily was also being considered.

For the longer term, he also indicated that a referendum may be called in Gozo for the people to consider whether they preferred a bridge or a tunnel between Malta and Gozo, if they were feasible.

Dr Refalo said his ministry was working for better synchronisation between bus services in Mgarr and Cirkewwa and the ferries.

He reiterated the government's intention to issue a call for expressions of interest by potential investors in a new yacht marina and in a cruise liner terminal.

Tourism, he said, was a pillar for the Gozitan economy and for job-creation and was therefore a priority of the ministry. That should include new areas of activity, such as agro-tourism.

The government would also make life easier for those involved in manufacturing, such as those who needed space at Xewkija industrial zone.

He pointed out how the Government will be renting St Joseph Home from the Church for use as an old people's home as from next year.