Two years after a proposal to rezone a coastal bungalow area in Qawra for apartment blocks was rejected by the Planning Authority, the plans are back on the table.

The roughly 8,000-square-metre area on the Qawra seafront, just past the Dolmen Hotel, is made up of 11 detached one-storey bungalows, with a number of three-storey residential blocks with communal gardens close by.

In 2017, the PA rejected a proposal by developers Ammorin Ltd to allow the building of three-storey blocks, with penthouses and semi-basements, as well as increasing the built-up area of the low-density site to 50 per cent.  The plans had the support of the owners of nine of the 11 bungalow plots but faced opposition from hundreds of Qawra residents, who argued that it would negatively affect the area’s visual integrity and their quality of life, and that the site could only be redeveloped as part of a holistic master plan.

Earlier this year, however, the developers submitted a new application proposing nearly identical changes to the area’s zoning, but this time including the remaining two bungalow plots in its site plan.

This could prove significant as the lack of agreement with two of the 11 owners had been one of the reasons cited when the PA executive council last rejected the project. Five of the plots are currently owned by Ammorin Ltd.

One of the two bungalow owners whose site was excluded from the 2015 application told Times of Malta he still objected to the plans.

A planning document submitted by the developers also indicates that the two bungalow plots which did not form part of the 2015 application were not co-applicants in the 2019 one. 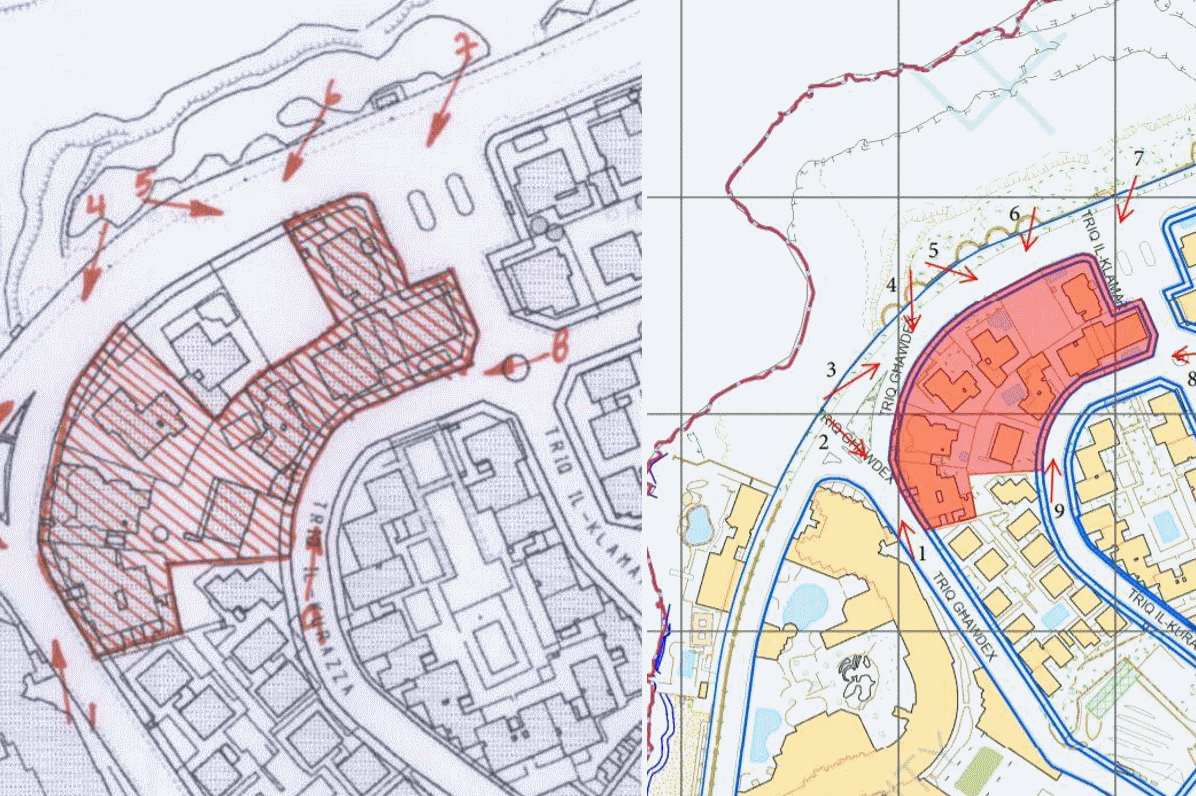 The original application (left) excluded two of the bungalows. The new application does not. Photos: PA

The new plans have nevertheless already drawn more than 50 objections shortly after being opened for public consultation (which continues until the end of July).

An exercise to ruin the amenity, character and distinctiveness that exists

Objectors argue that the plans remain unchanged from those rejected by the PA and should be turned down for the same reasons, including local plan provisions that require changes to be carried out through a master plan. 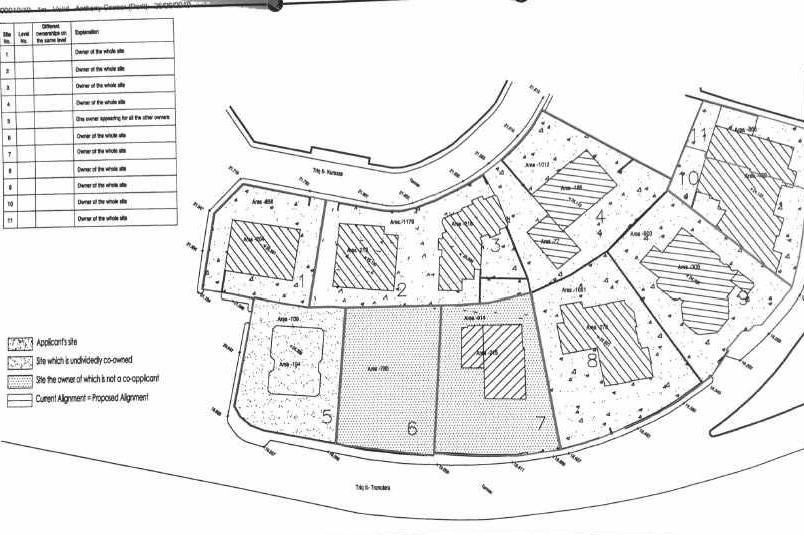 Although developers included the whole area in the application, the plans indicate two bungalow owners (plots 6 and 7) are not co-applicants in the plans. Photo: PA

“The application again seeks to rezone an area which was comprehensively developed by a single entity resulting in an example of good planning with low buildings at the front and higher ones at the back,” objectors said.

“This application is not an enhancement but an exercise to ruin the amenity, character and distinctiveness that exists and should be refused for the same reasons outlined by the Executive Council in 2017.”

Objecting residents insisted that the site in question is part of a much larger area that once belonged to a single owner, who included restrictive conditions in each contract of transfer to preserve the site as developed in line with a comprehensive master plan.

The developers have previously insisted the proposal is in line with the local plan which states that developments over the years in the existing blocks and their surroundings have already “seriously compromised” the area’s original character.