Critics have slammed a four-storey block of flats built right next to a 200-year-old windmill in Gozo as “culturally insensitive” and “stupidly huge”.

It was given the go-ahead last year when plans were amended after the Superintendence for Cultural Heritage objected three times to previous proposals.

Art historian Keith Sciberras highlighted the building after seeing a picture of the completed structure on an estate agent’s website.

He accused the architect and the planning board of being “culturally insensitive” for signing off on a development that is “out of context and character”.

“When building new developments adjacent to important historical sites, the priority should be on preserving the historical urban fabric,” he said.

This, he claimed, showed that the Planning Authority has “completely screwed up” its Strategic Plan for the Environment and Development (SPED).

The SPED regulates the building of new developments, assessing their impact on the local environment and preserving the character of towns and villages.

“It is insensitive to build a high-walled building that is massive next to a historical building,” he added. 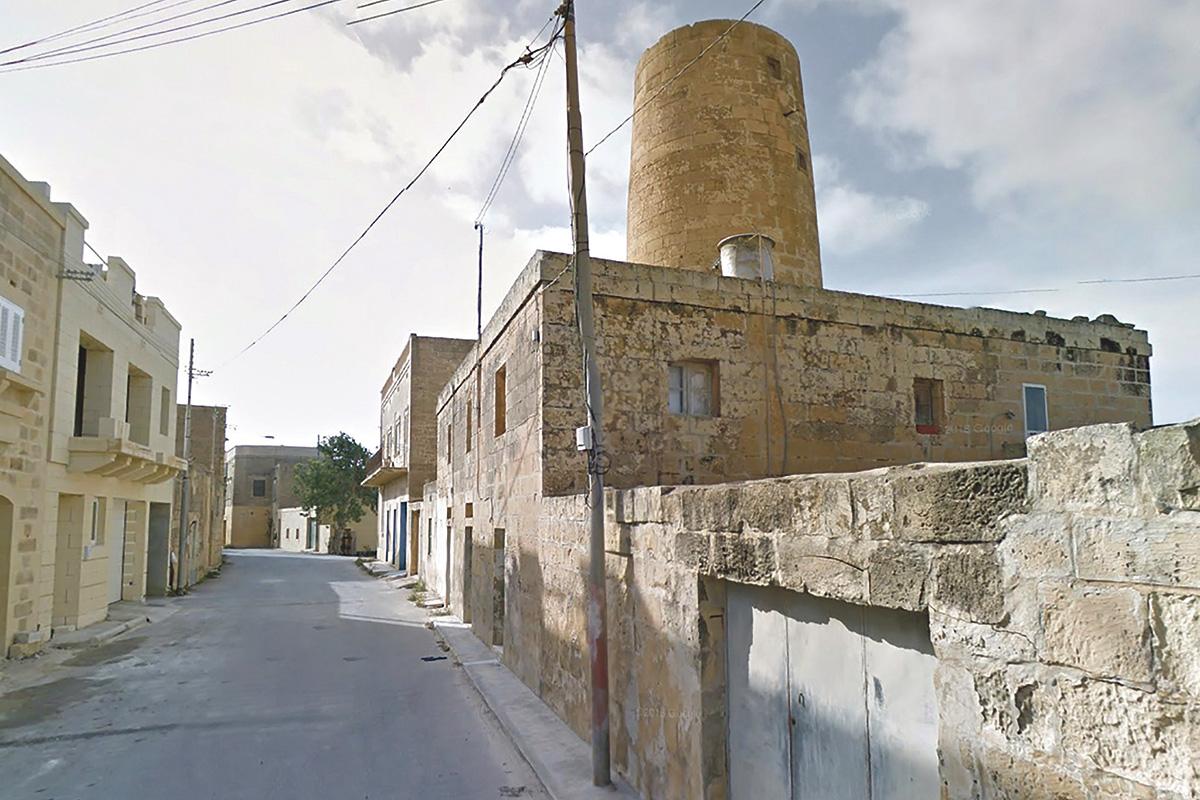 An image from Google Street view taken in 2018, showing the residential home that was demolished.

If they did not want the design, objectors should have voiced their opinions

Mark Sagona, a lecturer in 19th  century architecture, was equally critical. Dr Sagona, who was born and brought up in Gozo, described the construction as “incongruent” and “destroying the environment” of the area.

“You do not build this next to a windmill. It is a stupidly huge building that defies the character of the street,” he said.

The block of nine apartments and garages was built after the demolition of an existing building on the site. The applicant was Francesco Grima.

Shawn Micallef, the architect behind the project, said it was approved in January last year following changes agreed between the architect, the Planning Board and the Superintendence for Cultural Heritage.

He said it was unfair that he should be accused of being culturally insensitive after he had worked with the authorities to create a design that was fitting to the streetscape in a lengthy process that was public.

It was, “crystal clear how the permit was approved,” he said.

“If they did not want the design, objectors should have voiced their opinions.”